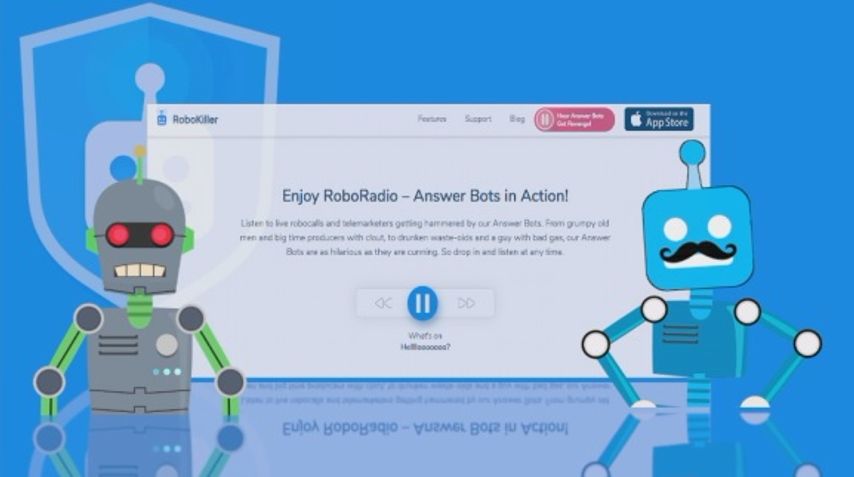 COLUMBIA - Telemarketers and spammers are targeting people nationwide, especially during tax season, but there are some innovative apps fighting back against the scammers.

RoboKiller, an iPhone app created and developed by TelTech, automatically blocks robocalls and telemarketers, even if the callers spoof a local number that’s not theirs to begin with.

The vice president of Product for TelTech Systems, Ethan Garr, contacted KOMU 8 News after our Target 8 team ran a story on spoofing.

Garr said the app wasted an estimated over 15,000 hours of spammers' time in January compared to December, which wasted around 12,000 hours.

“Our attitude is 'time is money for these people' and the calls are very cheap to make and that’s why this whole industry exists, so if we could figure out a way to steal time from them, we steal money from them and we essentially put them out of business and that’s our goal,” Garr said.

The app uses audio fingerprinting and a machine-learning algorithm. The app also fights back by answering spammers with RoboKiller “Answer Bots” that talk back to the spammer to waste their time.

“They’re really funny and they’re hilarious and they drive the spammers crazy because they think they’re talking to a real human,” Garr said.

According to data collected by the RoboKiller Task Force, there are 2,726 spam and robocalls made every second in the United States.

TelTech is also the maker of SpoofCard, an app that can easily disguise your caller ID and make it so you’re calling from a different number. Garr said SpoofCard “was never intend for a nefarious reason.” He said many professionals use SpoofCard as a way to keep their personal phone numbers private from clients, customers or patients.

“We’re always trying to solve problems for people on their mobile phones and while spoof card gets a bad rap, the vast majority are using it for very legitimate purposes,” Garr said. “If you’re a doctor, and you need to call a patient from home at night, being able to protect your mobile phone number so you don’t get calls every night from a patient is a very common use.”

There are many other apps similar to RoboKiller, too, such as Nomorobo, TrapCall  and Avast Call Blocker.

Each app claims to stop robocalls, though each app is unique.

According to Nomorobo’s website, it has services for bot cellular and landline phones. As stated on its website, Nomorobo for landlines uses a feature known as "Simultaneous Ring.” If the call is an illegal robocaller, the app intercepts the call and hangs up.

Another landline option is a call-blocking box, which costs anywhere from $20-$150.

TrapCall claims it puts names and faces to callers with Live Caller ID and unmasks unknown callers. According to its website, it will show you “who they are, where they live and how they look even before you answer the call.” It also records incoming calls.

Avast Call Blocker claims it won’t access your contacts list in your phone for those who have privacy concerns. The app also claims it allows people to block any number they want — not just spammers.

Melinda Kidder, private investigator and owner of Columbia Investigations, said apps like these are excellent, but are not 100 percent effective.

“If you’re only having one or two calls here or there every now and then, and it’s only mildly annoying then I wouldn’t recommend it,” Kidder said. “But if it’s something that is someone is obsessively calling you or you're excessively experiencing robo dial calls then I absolutely recommend that kind of service.”

Kidder said to always check into a company because “different models may have different issues.” She recommends reading the reviews, checking prices and privacy policy before deciding on which app to use.

However, she said apps like this may not be the right app for people who live rurally and utilize call forwarding. Kidder lives in a rural area and uses Google Voice, which allows a call to be forwarded to another phone, so if a call drops she can pick up the other phone.

“But if I were to engage in a service like RoboKiller or Truecaller or Avast Call Blocker, then that would interrupt the call forwarding,” she said.

Another concern is privacy. Most of the apps available blocking robocalls save calls or recordings on its servers instead of saving it on the person’s phone. Kidder said technically developers could go in and look through voicemails.

“Chances of them going in and doing that are slim,” Kidder said. “But let’s say you’re a doctor or a psychotherapist or something and you receive confidential calls. That may not be a service for you.”

Garr said an Android app version of RoboKiller is in underway. He expects the app to launch in early March.