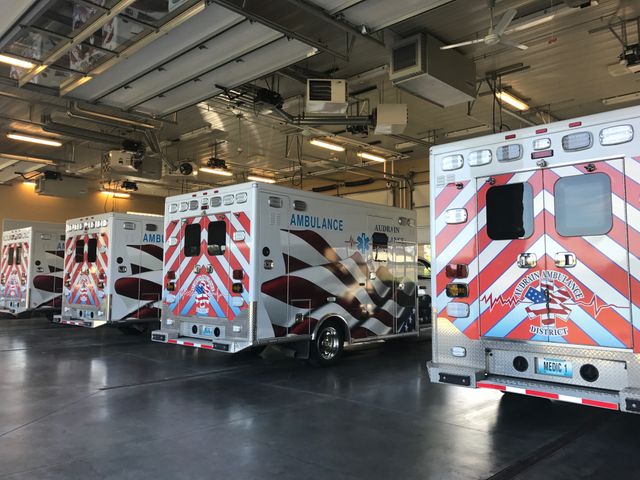 AUDRAIN COUNTY - Thousands of Audrain County residents to the west of the Mexico School District have been without a dedicated ambulance service for the past eight years.

The affected area includes Thompson and parts of Centralia and Sturgeon. More than 2,000 registered voters live in the area, and none of them pay taxes to the county’s tax-supported district.

Calls for an ambulance in the area will dispatch ambulances from both Audrain Ambulance District and Boone Hospital’s Centralia base, Medic 131.

The bases said the calls pull services away and are unfair to the thousands of people who live in both districts because the calls take two ambulances out of services for one household or patient.

“What it does is depletes our service for someone that doesn’t belong to anyone, so that’s bad for everybody,” said Kevin Cash, Audrain Ambulance District administrator. 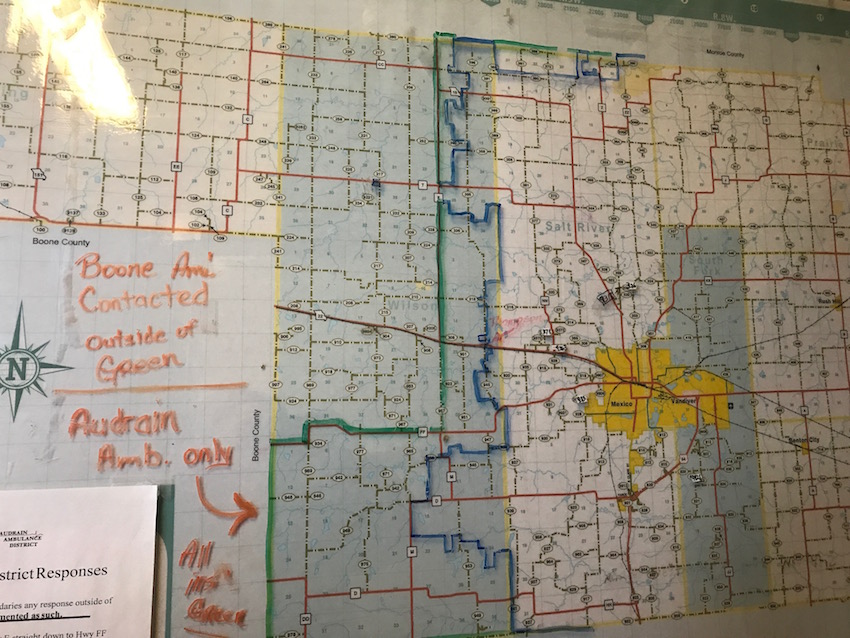 If Medic 131 is out on another call, Audrain’s district will handle it if it can. However, if one of the Audrain district’s two ambulances is already on a call, the other might not be able to respond.

“I can’t send it over there to those folks out of our district because I’ve got 20,000 people here who may need it,” Cash said.

“It leaves them uncovered and waiting for a longer response time for an ambulance to come from Columbia,” Carr said.

Cash said the wait would matter most in a cardiac arrest, a situation that is hard to recover from without immediate help.

“It’s bad for someone to wait, and if you’ve ever had to wait on an ambulance at all, it seems like forever,” he said.

Carr said it can put a strain on his services if multiple calls are coming in from the uncovered area, but he will send an ambulance if one is available.

KOMU 8 went to Audrain County and spoke to people in the uncovered area. Some said they are concerned, but others said they are not because the Boone Hospital ambulance is close enough.

Cash said there are four ways for the uncovered area to get a dedicated ambulance service:

Audrain County held a vote to annex this area in 2012, but it failed by nine no votes from outside the district. Cash said he wanted to get another vote on the April 2018 ballot, but no one has taken the initiative to get a petition started and gather signatures.

Getting treatment in this part of Audrain County will also come at a higher cost next year. People uncovered by an ambulance district will pay $400 more for each ambulance transport.

TARGET 8: Nine counties without a hospital in mid-Missouri