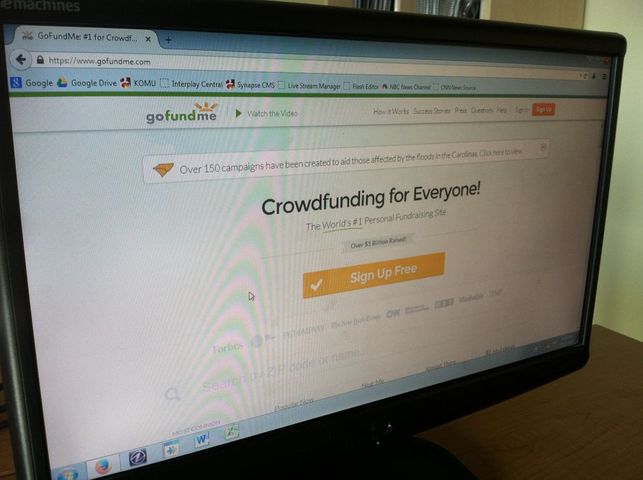 JEFFERSON CITY – The state Attorney General’s Office said it gets more than 100,000 complaints about consumer fraud every year, and website fraud is very common.

KOMU 8 News received a tip about a mid-Missouri woman who created a fake online fundraising account and stole thousands from a victim. KOMU 8 News looked into court documents from the case.

The probable cause statement says Ashli Williams told the victim she was a friend of a family with a child who had cancer. The victim said Williams made an online fundraising account for the family and convinced her to give $100 to the campaign.

The document states Williams then came to the victim after the family’s son died and told her the family needed money to keep their home. The victim said she loaned Williams $15,000 to give to the family, with the understanding that Williams would pay her back.

In the document, it states Williams admitted she did not know the family personally and used the family’s tragedy to convince the victim to give her money. Williams also admitted to starting the online fundraising campaign and keeping the proceeds for herself. Williams never paid the victim back any of the $15,000 loan.

While this is something to look out for, it isn’t the norm.

Phillip Henry set up a GoFundMe account for his 15-year-old cousin, Jaylen Butner, after Butner was involved in a head-on collision in Boonville Sept. 12.

“Being involved in a bad accident of my own, I was aware of the need for his parents and the help that would be needed,” Henry said.

The Missouri State Highway Patrol said Butner suffered serious injuries after the car he was riding in hit a semi head-on and then hit a sign.

Henry said he set up the account a few days after the accident.

“The response has been great. The community support has been amazing,” he said. “I’ve had a lot of people, friends and family, that don’t even know Jaylen that have donated, so it’s been great.”

Henry said, because Boonville is a small community, most people knew about the accident and didn’t question the legitimacy of the account.

“Any person that did question the legitimacy of the account reached out to me directly,” he said.

This is what officials suggest people should do before donating.

TIPS FROM THE ATTORNEY GENERAL’S OFFICE

Joe Bindbeutel is the Chief Counsel of the Consumer Protection Division at the Attorney General’s Office.

He said Internet fraud is very common and growing.

“It is a very easy way to convince consumers to give up payment,” Bindbeutel said.

He said the most important thing people can do before giving away money is to do their own research.

“Individual consumers need to make their own background check, do their own research to make sure they’re giving to someone or some cause that’s actually meritorious,” Bindbeutel said.

“They don’t always need to take your money. They’re trying to get your information,” he said. “And that is enough to harm consumers substantially.”

Scammers can also rip people off by calling and claiming to be a representative from the online sites.

These types of scams can happen to anyone at any time.

“Missourians are big hearted, and they’re willing to give anytime of the year,” he said. “And that’s what the scammers are taking advantage of.”

Bindbeutel said if people give their information to anyone they should first call their bank or financial institution.

Bindbeutel said he also encourages people to contact the Attorney General’s Office if they think they’ve been a victim of fraud.

“Many, many, many consumers get victimized and don’t know where to turn and they don’t know to call us. We can help,” he said.

HOW TO REPORT A COMPLAINT

[Editor's note: The title of this story has been changed.]