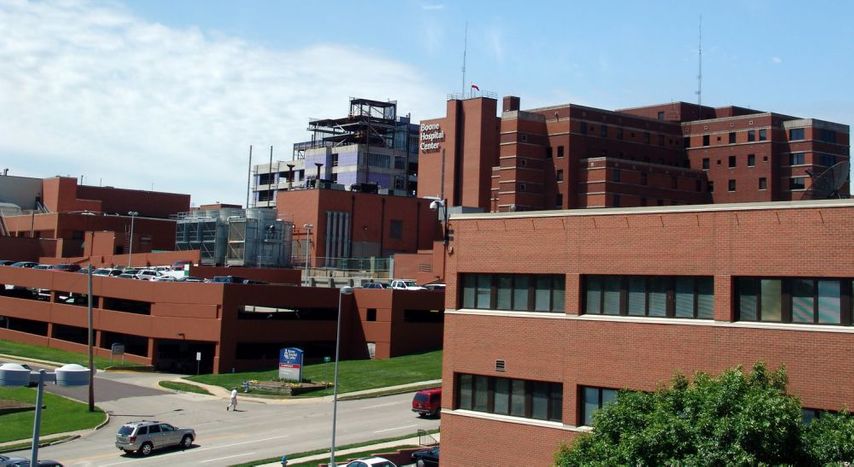 Below are statements from three ICU nurses who have, or still, work in Boone Hospital's intensive care unit. KOMU 8 News will not name the sources to protect employee identification.

“We see our doctors leaving, we see our nurses leaving and it’s just like, this is bad," one nurse said. "I’m going to lose my license.”

An ICU nurse showed KOMU 8 News an email from Boone Hospital's Chief Nurse Officer sent on Oct. 2. It said in part, "I will be transparent that I am very concerned about the 'health' of the ICU. We have some work to do to make improvements and you have my full commitment to ensuring that the environment becomes stabilized."

KOMU 8 News talked to ICU nurses who said this email comes after months of what they call "understaffing."

“I get two texts every single day. Two texts, every day. Every day telling me that they’re short staffed,” one nurse said.

Another said, “It got to the point that you had to keep your phone on vibrate because you were constantly getting phone calls or text messages for bonus or double bonus. They were always blowing up our phones. And when it gets to the point where you’re offering triple bonus, and you still can’t get people to get in, that’s saying something.”

KOMU 8 News has seen some of the text messages sent by the hospital.

The nurses said the hospital didn't always have staffing problems, and the shortages are a more recent problem.

"Within the last two years or so I feel like the environment has changed," one said. "Staffing has changed to the point where nurses are taking patients loads that far exceed what we're capable of doing. Then the care that we give people isn't adequate. Both patients, I feel, are in an unsafe environment as well as nurses."

The nurses said employees dread going in to work because of staff numbers.

“You would walk in, or before you even came in, you just knew it was going to be a bad shift," one said. "You were never going to be staffed correctly."

“In a perfect world, our census, our staffing ratio should be one nurse to two patients. That’s across the board. That’s an ICU thing. That’s safety. I don’t think that there’s ever a situation or instance where an ICU nurse should have three patients. I mean I’ve had days where I’ve had two intubated patients and then another one who was “stable.” Stable is a relative term. They’re not in the ICU for no reason.”

The nurse said when there are not enough people working in the ICU, patients do not receive the care they deserve.

“If you can’t do everything that you’re supposed to do, for instance, ventilator-associated pneumonia, one of the biggest things you can do to prevent it is to do really good oral care. I can tell you that is something that goes out the window. When you are so busy and you’re trying to take care of three different people and keep everything straight and keep everybody alive, maybe I’m not cleaning out their mouths as good as I’m supposed to.”

Other instances the nurses described include physical injuries and other risks.

The nurses also said, because of a high turnover rate, Boone Hospital has a lot of inexperienced nurses on the ICU floor.

“You have nurses who didn’t have the training taking care of patients that they weren’t supposed to be," one nurse said. "Patients being doubled or tripled that didn’t need to be. It was just scary. Every time you went in you thought you were going to lose your license.”

The nurses said patients and their families have noticed the shortage as well.

“When you come to the ICU it’s always going to be the worst day of your life," one said. "There are going to be disgruntled family members who feel like they’re not getting the attention that they need, but it’s kind of funny when family members ask you how many patients you have that day, because they see you buzzing around the whole hallway like a bat out of hell.”

One of the nurses told KOMU 8 News the ICU administration is open to talking about what they call the shortage of nurses on the ICU floor. The nurse said, in a recent meeting, administration told employees Boone Hospital's ICU nurse turnover rate is 25 percent, almost 10 percent higher than the national average turnover rate for critical care nurses.

"The reason for those meetings were to gauge what's going on, why people are leaving, and it all boils down to staffing," one nurse said. "Everybody is very unhappy with the way we are staffed in the sense that typically ICU nurses should only take care of two patients at a time. And it becomes more and more frequent that we take care of three at a time, and that's completely unsafe."

"I think that's ridiculous," another said. "I think if you're paying people right and you're staffing them appropriately, then you shouldn't have a 25 percent turnover rate."

Nursing association weighs in on ratios

Rebecca McClanahan is the president of the Missouri Nurses Association (MONA) and said Missouri has complex rules and regulations for hospitals.

"1. All hospitals and ambulatory surgical centers shall develop and implement a methodology which ensures adequate nurse staffing that will meet the needs of patients. At a minimum, there shall be on duty at all times a sufficient number of licensed registered nurses to provide patient care requiring the judgment and skills of a licensed registered nurse and to oversee the activities of all nursing personnel.

2. There shall be sufficient licensed and ancillary nursing personnel on duty on each nursing unit to meet the needs of each patient in accordance with accepted standards of quality patient care."

"The license processor for hospitals does require hospitals to present a staffing plan and say 'this is our plan about how we're going to use nurses in our facility,'" McClanahan said.

She said, although some nurses think the state should have a nurse to patient ratio in place, MONA believes hospitals should staff depending on nurse capability, experience and patient need.

"There's a tendency in rules and regulations or sometimes people purpose the solution to say 'this is how many nurses there should be for this many patients,'" McClanahan said. "We believe that is the wrong approach, and it's inadequate because every situation with a group of patients is very different."

National Nurses United is lobbying for what it calls a safe patient ratio, supporting bills in the House and Senate.

Missouri nurse Cathy Stephenson, an RN from Kansas City, is quoted on the group's website as saying:

"It is the hope and dream of hospital RNs across Missouri to have safe staffing levels so that when you need one of us, we can be there for you. Our NNOC/NNU campaign for RN-to-patient ratios in Missouri continues. When we set limits on how many patients RNs are required to care for, patients have better outcomes and receive the safe, therapeutic care that we all expect in a hospital. When a call light goes on, medications are needed, and very personal questions need to be answered. We want the time to be there."

McClanahan said one thing that can help nurses is to make sure they are not being required to do the work for other unfilled or understaffed positions.

"Sometimes we have nurses doing non-nursing duties picking up the slack for someone else," McClanahan said. "That really detracts from their ability to really take care of patients, which should be their primary focus."

This is another practice Boone Hospital discussed in an email to ICU staff. In the email, Smith said supervisors will step in to help with patients.

“Clinical supervisors have been asked to take one patient until the end of the year," Smith wrote.

She said, “I was in the clinical last evening and the supervisor had two patients, which is not doable, specifically when there is not a unit secretary on duty.”

KOMU 8 News reached out to Boone Hospital to talk about the problems ICU nurses have brought to KOMU 8's attention. In a statement, chief nursing officer Monica Smith said the following:

"Like all hospitals nationwide, Boone Hospital Center’s nurse employment pool is impacted by changes in our population and by health care reforms, resulting in a greater demand for nurses at Boone, especially specialized nurses in areas like our Intensive Care Unit.

Boone Hospital Center has launched several initiatives to attract and retain nursing talent, including a pay range increase that places us as the market leader in nursing compensation. We have also expanded our float nursing pool, a group capable of working in multiple areas of the hospital. The float pool allows us to adjust staffing levels in areas of need across the hospital to ensure we provide the best care possible to our patients. We will continue to develop programs to invest in our nursing staff and to maintain the top level of care that Boone Hospital Center is known for."

The hospital initially declined to answer KOMU 8 News' questions regarding whether this issue affected patient safety, but reached out after the story was promoted.

In an interview, Smith acknowledged the nationwide shortage and said it is also affecting local hospitals as well.

"Specifically at Boone Hospital Center," Smith said. "But around the entire region we're seeing that. So what we do see is that we're challenged with finding experienced nurses."

To view the complete interview with Smith, watch here: