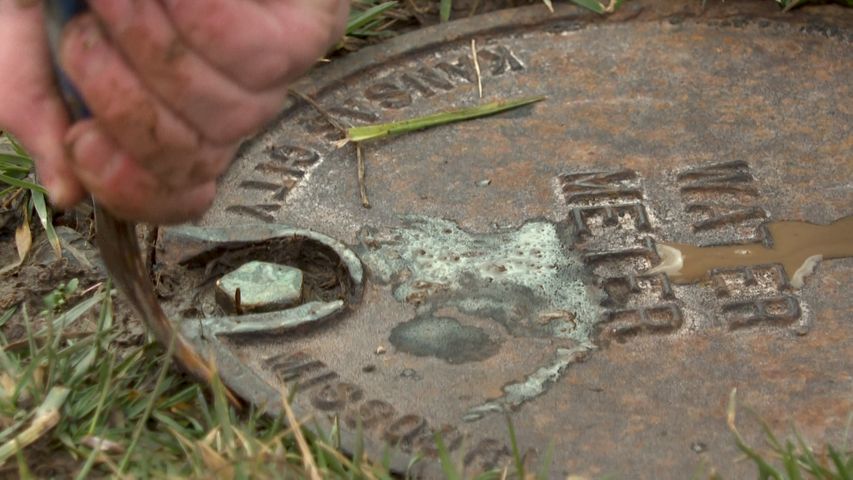 Note: This story is a follow-up to our two Target 8 investigations about city staff discovering a forgotten funds worth $2.9 million and $2 million before a vote to raise water rates. You can read our investigation by clicking the links.

Regardless, your water bill in Columbia probably increased and city staff misinformed residents and the city council about how much bills would increase.

It's an example of incomplete information from Columbia's Water and Light Department. The mayor and other concerned citizens call it a pattern, which has caused them to lose confidence in the department.

Here's what our Target 8 Investigation found:

Voters in Columbia saw a question on their ballots in August 2018. Proposition 1 described a $42 million water bond to improve the city's water utility.

The city, as usual, created an information guide for residents on the bond. It told them they would "likely see a total 11% increase over a four-year period to cover bond payments". The first increase would come in 2019. Then, water rates would increase 3%.

Instead, city staff proposed a change to the entire water rate structure to create 4% more revenue for the utility to pay off debt service. The council approved the revenue increases with a 4-3 vote. The approval passed the increases onto ratepayers.

5th Ward Councilman Matt Pitzer, who voted against the changes to the rate structure, said the process wasn't transparent.

"When we ask for a bond issue that’s going to lead to a rate increase then we should do what we said were going to do," he said.

He said he voted against the rate changes because it wasn't effectively communicated whose rates would increase more than others.

"I’ve voted against every electric and water rate increase cause I don't think Water and Light have done a good job to demonstrate the need that’s there," he said. "Or keeping the promises they made.”

Tad Johnsen, director of the city utilities, said the revenue increase saved ratepayers money because they won't have to raise water rates for the next two years.

Treece said that's a convenient excuse because the department has raised rates earlier than necessary.

The August 2018 voter information guide does not mention other possible increases from operational and maintenance costs, which were told to the city council. The question on the ballot has no mention of any rate increases.

Johnsen said the city can always explain the consequences of a bond election better, but said the details were in the city's budget document, which is over 500 pages long.

"But I believe in the budget documents we usually use words like that," he said.

"And I understand it's one of the things - who reads the budget," Johnsen asked rhetorically while other staff members in the room chuckled.

City spokesperson Steve Sapp said the criticism was noted and will look into it as part of the city's process.

In our previous Target 8 investigations, we discovered two forgotten funds worth a combined $4.9 million. The two funds were worth $2.9 million and $2 million dollars.

City staff said the account worth $2 million was investigated for about a week because it was an accounting issue.

The other account, which was worth $2.9 million, had a different type of investigation.

City staff said the Finance and Utilities Departments investigated the origin of that account for seven months before moving the money to another spreadsheet where the city could spend the money.

Target 8 received all documents related to the city's investigation on the $2.9 million through an open records request.

City staff sent a total of 16 emails during the investigation.

We brought our findings to city spokesperson Steve Sapp, who said in an email not all city work is done through email because face-to-face meetings create better understandings and conversations.

But our records request shows only one documented meeting happened during the seven-month long investigation.

Sapp later said the city needs to improve the process they use to document their investigations.

"If there was anything that needed to be improved, we stated that we need to improve the way we document process," Sapp said. "And we are moving forward to do that. We can't change what was in the past."

The emails received from our open records request also show Assistant Director of City Utilities, Sarah Talbert, renamed the account worth $2.9 on April 30, 2018, after finishing an investigation into the other account worth $2 million.

In our previous Target 8 investigation, Talbert said she became aware of the account in May 2018 while putting together a report for the city's Water and Light Advisory Board.

She said she renamed the account so people could understand the contents of it, but said she didn't know why the account was restricting money for a project.

She also said the investigation into the account took so long because current staff had to go through previous employee files and city council documents.

"We were short-staffed for a time period. We had many other things going on during that time as well because I was fairly new to that position," Talbert said. "So we wanted to make sure everything was good on our end before we did anything with it."

Tad Johnsen, Director of City Utilities, said the investigation was a priority, but says moving the fund is more complicated.

"A lot of times if it's been working this way for a while, before you make a change you really need to understand why," he said. "Is there legislative reasons? Is there regulatory reasons? Is your accounting reasons to make it happen? And those are things that you really have to understand. Otherwise you can create more problems."

After 26 years of service with the City of Columbia, Johnsen will retire March 13.