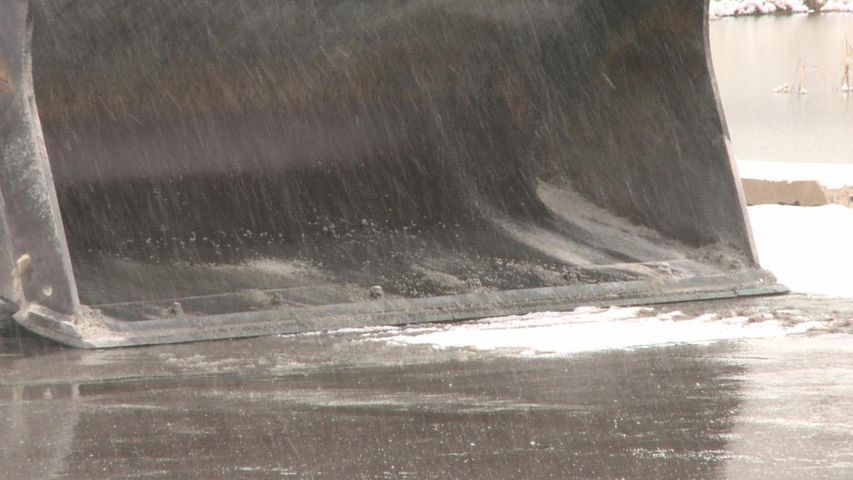 COLUMBIA - When city vehicles get into accidents, taxpayers foot the bills. KOMU 8 looked at how many incidents Columbia had in the last year and how much taxpayers spent on the damage.

When we asked people off the street how many incidents they thought Columbia city vehicles had, the guesses ranged from 34 to 1,000 incidents.

California resident Moira Andrews guessed $100,000 was spent on Columbia's city vehicle incident claims, but that only amounted to a fifth of the actual claim amount. Andrews said, "That's way bigger than I was expecting. That's kind of scary actually."

In the 2014 fiscal year, the City of Columbia had 107 city vehicle incidents, and compared to other cities similar in size, the number is higher. For example, the capital of Missouri, Jefferson City, and the home of the University of Kansas, Lawrence, Kansas. Jefferson City had 39 city vehicle incidents, and Lawrence, Kansas had 20. Columbia Auto Incident Report 2014.pdf

KOMU 8 looked into which Columbia departments are getting into the most crashes and have the biggest payouts; it's not emergency response vehicles like police and fire.

The overall amount in claim values from all of the Columbia departments came out to be $508,784.89 in the 2014 fiscal year. The Public Works Department was responsible for 87 percent of that total value in claim money for vehicle incidents.

Deputy City Manager Tony St. Romaine said, "I'm not surprised that a lot of the accidents occur in the departments where those staff are basically driving 8,10,12 hours a day."

St. Romaine said the city reevaluates budgets for the departments every year based on how many incidents they had previously.

"So, unlike an individual where you would go out and buy a insurance policy to cover you when you're driving your personal car, the city has decided to self-insure, which means we have money set aside out of each departments budget that will be sufficient to satisfy some of the claims that might happen as a result of an accident," St. Romaine said.

"The public works department, they are driving in inclement weather, trying to clear snow off of roads. They're picking up trash from dumpsters and other areas where clearances are literally inches, that they have to go through. Again, it is not surprising that public works is going to have probably the highest number of accidents. Police again, I mean they're out chasing bad guys, they're driving you know, it's risky conditions. So again, you know the more risk you add, the more potential for an accident," St. Romaine said.

St. Romaine said in conditions of inclement weather there will be a higher number of accidents. After pulling police reports on the most expensive claims from the Public Works Department last year, St. Romaine's explanation seemed to match the police reports. The highest claims came from snowy months.

Last year, one of the police reports was on an incident where a snow plow truck hit five vehicles in a neighborhood costing a claim over $15,000.

"A truck driver is plowing snow in a neighborhood, which is very difficult to do, because you have got these large trucks, that are working in subdivision roads, where there's not much room for clearance, when we get 5, 8,10, 12 inches of snow," St. Romaine said.

St. Romaine said the city focuses a lot on drivers' and workers' safety. A couple of years ago, the city purchased a driver stimulator specifically for the police department and made it available for other departments to train on, as well. St. Romaine said, "That has really helped and so the more types of training that we can offer, I think will, hopefully, bring some of those numbers down in the future."