TARGET 8: Columbia drivers concerned about number of crashes on one road 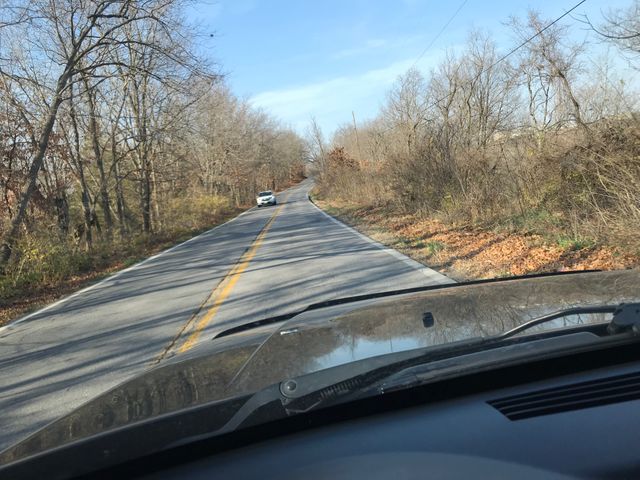 COLUMBIA - Azaria Foster did not anticipate her experience at MU would begin on such a traumatic start. She was riding down Rock Quarry Road at dusk when the unexpected happened.

"It was my first day here actually at Mizzou last year. My roommate at the time and I were going back to campus. We got on from the Grindstone end of it, and within 10 seconds of being on the road, our car was flipped over," Foster said.

The car hit a pole and tumbled three times before stopping near a cliff. Foster and the driver walked away with minor injuries.

"I had major anxiety coming back to school. I brought my car this semester, and I didn't take Rock Quarry Road for the longest because it’s nerve wracking," Foster said. "If the sun’s setting you won't see me near Rock Quarry Road just because I prefer not. I know that it’s going to be really dangerous for me."

Richard Stone, Engineering Manager for Columbia Public Works, said the city does not deem that road, or any road, dangerous.

"We don't use the term dangerous. Sometimes when we are looking at roads we consider some concern if we notice a pattern of collision," he said. "But driving, the actual process of driving can be dangerous if they don't obey speed limits, distracted driving, that kind of behavior, can lead to dangerous outcomes, but the roadway itself is a roadway."

KOMU 8 News obtained crash data from the Missouri State Highway Patrol. After analyzing the numbers, we found there were 94 crashes along Rock Quarry Road in nearly four years and a total of 51 injuries.

The data also suggested these crashes are not all happening on weekend nights. Most are occurring in daylight on weekdays.

Brooke Wiggins is also concerned about the visibility of the road following her accident two years ago.

Wiggins said she believes more proactive measures to improve the road are needed.

"I think if we had those blinking lights that said ‘be prepared to stop’ and they were activated if someone stopped at a certain point that would help tremendously," she said. "The trees are a problem also. The trees are beautiful, but if I can’t see around a curve to see the person in front of me then the trees aren’t pretty anymore."

Foster said, "I think it would be very beneficial to have rails on each side so that if something does occur someone’s car is not going off the side of the cliff. Street lights would help for sure."

Stone said the city's goal is to keep drivers on the road, but that is a hard task because Rock Quarry is not up to city standards.

"The number one thing we want to do is keep people on the road, and if that doesn’t work and they do run off the road we want to make sure that they have the ability to correct the situation without a poor outcome, some sort of collision," Stone said. "Rock Quarry from that perspective is not as good as other roads that have been improved over time. That road has not been built to current city standards."

Rock Quarry Road is classified as a Major Collector in the CATSO/City Major Roadway Plan.

Stone said Rock Quarry Road is substandard because the current road was constructed before the current street standards.

He said improving the road would come with a cost the city is not able to pay at this time.

"There’s no funding set aside for any kind of improvements to Rock Quarry Road. And there's currently no specific issues about the roadway that we are examining to change," he said.

"We can also do some surface treatments that will provide a little bit better gripping surface for tires. That is an option that might be pursued in the future if we get directed to do that," Stone said.

The city is currently working on roads specified in the 2015 Capital Improvement Project. Rock Quarry Road is not on that list.