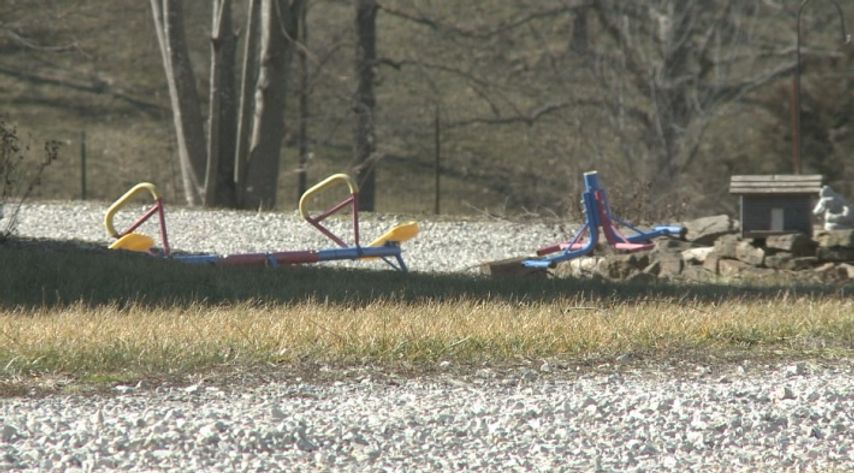 JEFFERSON CITY - In a special Town Square edition of Target 8, KOMU 8 News looked into how one at-home daycare was able to operate and answered parents' questions about the safety of at-home and unlicensed daycare.

A Cole County Sheriff's Department report showing three toddlers playing with a bag of methamphetamine at a daycare sparked a special Target 8 investigation.

Richter was found guilty of child endangerment in 2013 after she was accused of shaking a 7-month-old baby, leaving him permanently blind. Following the verdict, she was granted a retrial in December of 2014, where she was again found guilty. Last March, Richter was sentenced to five years in prison, leaving Target 8 investigators wondering how she is currently operating an in-home daycare.

"Well, people may wonder why Ms. Richter is out on bail and not in custody," Cole County Prosecutor Mark Richardson said. "That's because the court set an appeal bond amount, and she posted that appeal bond amount back in March, shortly after she was sentenced last year. And so long as that appeal bond is in effect she'll remain out until her appeal is finally determined by the court of appeals."

This week, Target 8 investigators received sheriff's department reports from Connell's father that show a domestic disturbance in July 2014 involving Richter and Connell when she was 16. Reports state Connell picked up Richter because she was too drunk to drive. After they got home, Connell told deputies that she and her mother got into an argument that ended with Richter hitting her daughter on the side of the face, grabbing her and pulling her hair. Richter told deputies her daughter "got completely out of control." Deputies determined the incident, "appeared to be parental discipline not abuse."

After the disturbance, hospital records show Connell visited the emergency room. Documents show doctors determined there was not blunt trauma and no back or neck injury, but Connell showed discomfort from her hair being pulled.

Connell's father also gave KOMU 8 News records from a counselor discussing Connell, shortly after Richter's sentencing. The record discussed Connell's drug use and stated, "Even though a small piece of Abby knows that her mom hurt that baby on purpose, denial is a much safer place for Abby to be right now."

Missouri law states at-home childcare facilities operating with four or fewer children unrelated to the business owner do not need a license. Licensed facilities undergo annual inspections by the Missouri Department of Health and Senior Services, but unlicensed facilities are not regulated, and do not have any annual check-ups.

After filing a Sunshine request with the Department of Health and Senior Services, KOMU 8 News learned of an investigation into Richter's daycare in 2010 after someone filed a complaint that Richter was operating her business with more than four children. In that case, the department stepped in and investigated Richter's home.

"Ms. Richter admitted to having eight children enrolled at her facility that attended up 'till last week (Aug. 19, 2010). Ms. Richter stated that she has reduced to only four children at this time," Missouri Department of Health and Senior Services official Lisa Ivy said.

According to the document the department did not look into her daycare again after the initial investigation.

"Not a lot of people understand/nor can afford to run background checks. I'm sure these parents had no idea. I used to take my son to an in home care, did checks and everything," Brittany McQuay said in a Facebook comment. "Showed up to pick him up and his daycare provider was terrified because her husband is apparently an angry drunk. My son never went back and is now in a licensed daycare facility."

"I personally learned that you get what you pay for, and that is why I made the decision that I made to place my children where they are," Ice said.

Missouri does not have a rating or grading system like some other states do. It's because of a lottery funding bill passed in 2012 that had a line prohibiting Missouri from establishing a rating system. The lawmakers who co-sponsored the bill and are still in office did not respond to a request for comment.

Ice said she was surprised Missouri did not have a rating or grading system.

"I would really like to see Missouri that there would maybe be some legislation somewhere that would get changed because as a parent I think that we are the responsible people in figuring out who's caring for our children," Ice said.