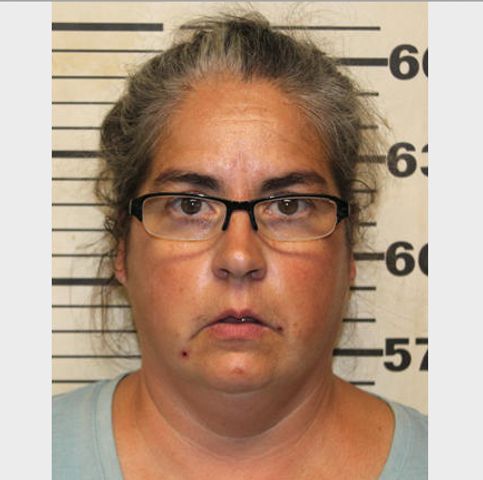 COLE CAMP - Tiffany Woodington is being charged with multiple felony and misdemenor charges all regarding animal abuse in a multi-state operation.

120 dead dogs and one dead cat were found on Woodington’s Benton County property on Sept. 12.

36 live dogs were found on various other properties of hers and taken to the Humane Society of Missouri.

Woodington's husband, Steve Woodington, was arrested in Texas shortly before the Benton property was discovered.

Investigators discovered a warehouse of 300 malnourished dogs in Cameron County, Texas. Half of those dogs were reportedly in such bad condition they were not expected to live or had to be euthanized.

Tiffany and her husband transported and sheltered dogs for a non-profit they started called “All Accounted For.”

Kara Nunez is one of the few who is holding a survivor of Woodington’s operation in her hands. It's her adopted senior dog named Lt. Dan.

She planned a transport with Woodington to get Lt. Dan to a vet in Columbia three days after his adoption in August.

Nunez was in contact with Woodington and thought all was well with the planned visit, but a week and a half into Woodington’s possession, Nunez saw a breaking news story.

“I see Tiffany Woodington and Cameron County, Texas, and I saw 300 dogs in a warehouse and I couldn't put it all together in my mind at first," Nunez said. "I was having a heart attack.”

Nunez was lucky Lt. Dan was one of the 23 live dogs moved to Woodington's mother-in-laws house. But many others aren't.

“They depend on you to be their voice, they can't speak, they can't say what they need, they can't rally in groups and say we want better," Nunez said. "People have to be that voice for them.”

Janet Perry, one of the protestors present for Woodington’s first court appearance knew she had to be there because the victims and survivors couldn't be.

“I think we all stand united to be the voice for the animals,” Perry said.

One additional voice is pushing through for these victims. Sheriff Eric Knox saw first hand the conditions these animals were left in.

“Unfortunately whether you have a couple of deceased animals or you have 120, the law is still the same, so we need to change that,” Knox said.

The highest sentence for this crime is a Class E Felony, which he said isn't harsh enough.

“The laws need to be changed, and if people feel strongly enough about it to reach out to lawmakers to get it changed,” Knox said. “The conditions that I saw were not livable for any animal. The feces and the conditions of the cages were bad enough without seeing the deceased animals in different forms of decaying. In my career I’ve never seen anything this tragic.”

And he’s not the only one feeling this.

Documents from the property themselves describe a horrific scene.

“Prior to entering the property, Tiffany advised she had found a few dead dogs that she had not yet disposed of. As I entered the residence, the smell so strong I had to cover my nose with my shirt to be able to walk through the residence.”

It continued, "I observed the remains of deceased dogs and one cat all in a stage of decay that suggests they had been dead for an extended period of time. I observed a number of the dogs to have nothing left other than the bones and dog collars still in the kennel.”

The investigator said he observed "approximately 68 dead dogs and one cat on the property."

Woodington told the deputy that due to a case of distemper from a recent Texas transport, all the dogs died within a three-day span.

Now, many rescuers are asking themselves how they didn't notice signs.

“In Missouri, she was not a rescue," Nunez said. "Missouri requires that rescues have a department of agriculture license."

An administrator for the Department of Agriculture told KOMU, "Tiffany Woodington (dba All Accounted For) has not been licensed under the Animal Care Facilities Act and we have no records that indicate that she has ever applied for a license."

An investigation by the Department of Agriculture began in March of this year after a report of Woodington dropping off two emaciated Boxers.

The investigative report says the Department of Agriculture conducted a site visit in March. An investigator told Woodington she was operating unlicensed and must cease activity. Woodington agreed she would stop activity but was moving to Texas so she would not be applying.

A veterinarian in Eldon then reported Woodington’s operation in April for dropping off malnourished dogs. The manager at Eldon Spay and Neuter said the condition was so bad, they were unable to do basic shots for one of the dogs.

The investigator showed up at Woodington’s property again in June along with a Veterinarian. They were unable to make contact with Woodington and they brought the allegation to the Benton County Sheriffs Office on June 12.

On July 23, investigators reached out to Woodington for the status of her move. Woodington explained that the move was delayed, but ensured she had not and was not doing any rescue work.

The investigation then stalled until Sept. 18, when attendees of a meeting told Animal Care Program Manager Matt Rold what had been discovered almost a week prior, on Sept. 12.

KOMU reached out to Woodington and her attorney via email and phone, but did not hear back from either.

She is scheduled for a preliminary hearing on Nov. 8. Previously she requested two changes of judge in Benton County.