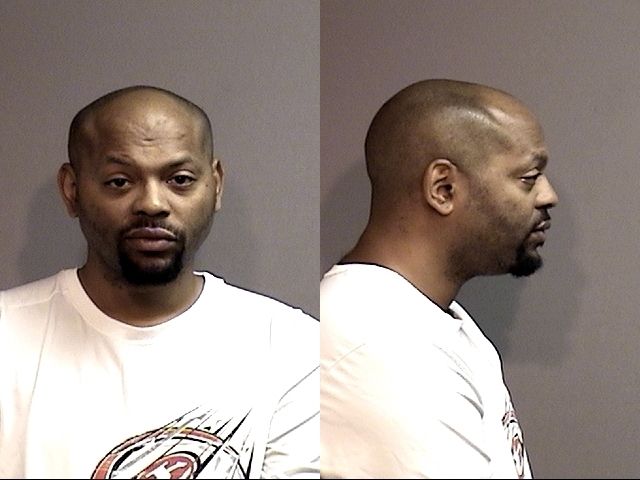 FULTON - As the digital age advances, connecting with friends on social media is easy, but the caveat is that there are more outlets for sex offenders to reach minors.

In Fulton, court documents said Teneil Stevenson enticed a student via Snapchat at Fulton Middle School. He coached track and taught at the school during the 2017-2018 school year. He was the student's track coach.

According to the probable cause statement, Stevenson began with casual messages focusing on the student's track performance during the spring of 2018.

The report states that, later that semester, Stevenson sent the student a photo of himself fully clothed, that appeared to be taken in Fulton Middle School. He circled his groin in the photo and included a caption on the photo referencing his groin, the statement said.

One Snapchat feature that makes the application unique is its disappearing photos and messages. That makes it difficult to get hard evidence in an enticement of a minor case.

However, message recipients can elect to take a snapshot of the picture or message, which could later be used in a case.

Boone County Sheriff's Department Cyber Crime detective Tracy Perkins said it's better if there are snapshots, but law enforcement can still work with companies like Snapchat to secure data from their backlogs.

"But if we don't know about the incident when it does happen, then time is in essence and that information is more likely going to be wiped away from the server," Perkins said. "So, it's kind of a double-edged sword."

In Stevenson's case, court documents show the Snapchat messages to the student became more suggestive and sexual in nature in the summer of 2018.

Meanwhile, Stevenson switched jobs from Fulton Middle School to Southern Boone High School to coach football for the 2018-2019 school year. At the same time, the student graduated from middle school to high school.

The probable cause statement said the student didn't report the enticement until Aug. 31 when Stevenson messaged them saying he hoped to see them at the Fulton versus Southern Boone High School football game.

Perkins said Missouri law has not caught up with digital media, as far as enticement of a minor charges go.

"We're actually pretty far behind when it comes to law regulations in regards to certain types of crimes," he said.

In the case of enticement of a minor, the law only protects minors under the age of 15 enticed by a person over the age of 21. So, there is what Perkins calls a gray area.

Perkins said she wishes her advice to parents could be to leave phones out of the question all together, but she said she knows that's unrealistic in 2018.

Instead, parents need to educate their child on the realities of social media, she said, even about less serious offenses, like cyber-bullying.

She encouraged parents to create an open space so the child feels safe to report it if a crime does take place.

Stevenson was placed on administrative leave from Southern Boone High School on Sept. 4 2018.

On Oct. 16, he pleaded not guilty. He formally resigned from the school a week later.

His trial was set for Feb. 20 in Boone County.