TARGET 8: Drowning witness says he was never called to inquest 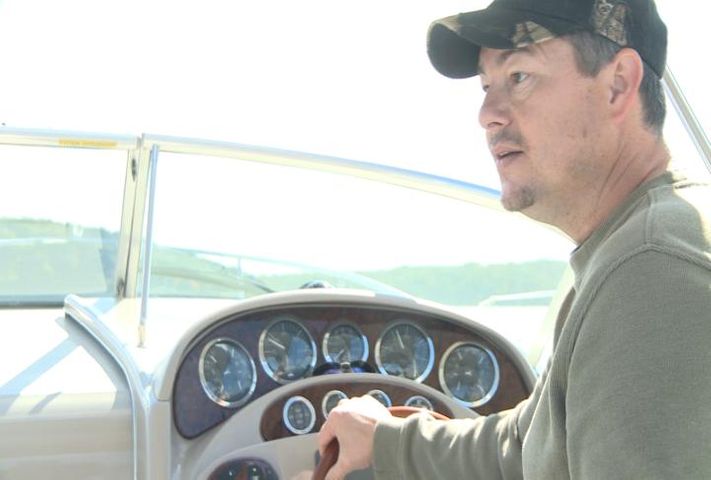 COLUMBIA - A group of petitioners is calling into question a coroner's inquest that ruled the drowning death of 20-year-old Brandon Ellingson accidental. The group says there could have been a cover-up to keep Trooper Anthony Piercy from being criminally charged.

One of the petitioners is also an eyewitness who is now coming forward, saying his testimony and other facts were not part of the evidence presented at the inquest.

"If it would've came out of the inquest, and the information would have matched up even remotely to what we saw, and [special Prosecutor Amanda] Grellner said there are no charges, that would've been fine. It would've been fine if the truth was told throughout the investigation, but I'm here to tell you, it hasn't been," Larry Moreau said.

Witnesses recount the day of the drowning

On May 31, 2014, Ellingson headed out on Lake of the Ozarks for a day filled with friends, fun and sun. Around 5:30 p.m., Ellingson was on a boat leaving Coconuts, a popular restaurant, when Trooper Piercy, of the Missouri State Highway Patrol (MSHP), pulled him over, according to phone calls among the MSHP.

That same day, Coconut's owner, Timothy Vogel saw Piercy patrolling his shoreline for "several hours" before he called Piercy's supervisor, a 911 dispatcher, and Representative David Wood to complain about the "harassment". Vogel waved Piercy over to the docks and asked, "Why are you doing this? You are scaring my customers," as reported by Kansas City Star Reporter Laura Bauer. Piercy said he was responding to complaints.

Reports conflict about what happened after that. According to some reports, Piercy pulled Ellingson over after allegedly seeing a beer can fly overboard, but other statements said it was for a routine stop. Piercy then cuffed Ellingson's hands behind his back, and this is where the trooper's account differs from all six eyewitness on Ellingson's boat.

Eyewitnesses on Ellingson's boat testified Piercy used a life jacket that was already buckled and pulled it over Ellingson's head, and half way down his torso. However, Piercy says he unbuckled the life vest, wrapped it around Ellingson, and then fastened the buckles securely, leaving the life jacket "at his waist area to his shoulders." Piercy used a Type III life-jacket, which has two arm holes making it difficult to safely secure an individual that is already in hand cuffs, according to MSHP protocol.

According to Piercy's supervisor, Sgt. Randy Henry, Piercy's lack of knowledge on life-jacket protocol was surprising. In an interview with investigator Eric Stacks, Sgt. Henry recalled the conversation he had with Piercy just after the incident. Henry said to Piercy, "How'd a type one life jacket come off? He said 'Randy, it was a type three.' I said, 'Excuse me? Wow. Why? What's up with that?" Type I jackets are used on arrested suspects, one of which was stored just below Ellingson's knee on the patrol boat.

After putting Ellingson in the jacket, Piercy sped away at a speed he initially described as "around 35mph," but what GPS records indicated was closer to 43mph.

A speed that one eyewitness, Larry Moreau, and his family saw first-hand when Piercy sped past them on the lake. The speed wasn't emphasized at the coroner's inquest. Piercy said he later slowed down to a speed of 10 mph when he encountered large waves.

Nobody witnessed the exact moment Ellingson went overboard; however, the Moreau family saw Ellingson standing next to Piercy before the fall and spotted him in the water once he fell off.

"In the press release and the first few articles that came out, they kept saying Brandon 'stood up' and either 'jumped or fell' off the boat. But that's completely misleading. He never 'stood up.' They were both clearly standing," Moreau said.

But special Prosecutor Amanda Grellner never personally spoke with the Moreaus; she said nobody saw what happened before Ellingson fell off the boat.

"Nobody, not even the Moreaus come on to the scene until after he fell out of the boat," Grellner told KOMU 8. "He saw the boat stop essentially. It looked to [Larry Moreau] like everything was under control. So he left. Okay?"

In an interview with Grellner, she said she wasn't presented with any eyewitness accounts or evidence that Ellingson was standing. An MSHP officer interviewed Larry Moreau and his wife after the accident.

"I was told to give a brief statement of what I saw. Now keep in mind, I'm around these officers all the time, one parks at the same dock as me. I know they all have video cameras on them, and both my wife and I thought, no big deal, they'll see everything on camera. They won't even need us," Moreau explained.

Moreau didn't know the SD card for Piercy's boat camera was missing. Piercy is an 18-year veteran of the MSHP, and the man who conducted the internal investigation, Eric Stacks, is also employed by the agency.

The inquest: Who's in charge?

Prosecutor Grellner explained a coroner's inquest is a bit different from a typical trial. They're used to determine the manner and cause of death and do not include any cross examinations or extensive background information. Rather they focus more specifically on the exact moment of death and the intentions of the people involved.

The coroner in this case, who knows Piercy personally, requested Grellner conduct the inquest and ultimately decide if there would be an investigation, charges, or in this case, if the death was an accident.

"It's his inquiry. He can have anyone testify that he wants," Grellner said.

Moreau said he was confused when his family didn't get a call to testify at the inquest.

"It was obvious we saw something no one else had, or at least no one who'd come forward," Moreau said.

But watching Piercy speed by wasn't the only thing the Moreaus saw.

"I slowed down and started to idle. The whole situation looked odd. First he [Piercy] was speeding away, then the boat made a hard right, and [as it headed across the bay], it's hard to estimate on water but it got a good 300 feet away from the guy [Ellingson]," Moreau said.

Piercy said he had slowed down to about 10 mph when Ellingson fell off, which leaves the Moreaus to question how the boat got so far away, so quickly. According to the Moreaus and GPS records, Piercy then turned the boat around and headed toward Ellingson who had been treading water with his hands cuffed behind his back.

"We had no idea he was hand-cuffed. There were no lights on, there have been camera crews out with the patrol filming the lake, it really looked like one of them. There was no urgency at all, and for a while the life jacket was floating right next to Brandon....it'd drift away a bit, and then he'd get it again," Moreau recalled. "At the time we thought he was grabbing it with his hands, but obviously that's impossible. We think he was getting it with his chin or his teeth."

Grellner said the speed of the boat and the cause of Brandon's fall was unclear at the inquest. "From the information provided to me, nobody can tell me how fast that boat was going when he left that boat," Grellner said.

Eyewitness questions how trooper's actions could be deemed accidental

In addition to Piercy's speed, the next few minutes of Piercy's actions are what the Moreau's and many others describe as criminal negligence.

"He turned around fast. I gritted my teeth as he got closer to Brandon because it was too fast," said Moreau.

Piercy slowed once he got to Brandon and that left a large wake that "had Brandon sliding up and down the side of the donzi," and pushed the boat forward. Moreau says it was at this time Ellingson completely lost hold of the jacket.

"We could see Brandon clear as day. These waves were huge they pushed him way up on the water and on the boat, and he couldn't hold the jacket anymore. But Piercy was right next to Brandon. He walked to the back of the boat and they were talking. Brandon was right there. He could've slapped him across the face. He was right there," Moreau said.

But, Moreau says Piercy didn't pull Ellingson out of the water. Ellingson continued to drift away as the boat drifted forward, and the Moreaus left the scene thinking the "camera man" was safe.

That's when taxi boat owner Jim Bascue came on the scene, the only eyewitness heard during the coroner's inquest. Bascue testified Piercy did all he could to save Ellingson and worked himself (Piercy) into "exhaustion."

After the inquest, Larry Moreau says he and his wife Letta couldn't stay quiet any longer. Ellingson's drowning hit home for the Moreaus. They have a place at the lake and kids that enjoy boating on the Lake of the Ozarks.

"I just keep thinking, if this was my son, if he fell off that boat and someone saw, I would hope they'd be doing the same thing I am," explained Moreau.

The Coroner's inquest ruled Ellingson's drowning as accidental, and Trooper Anthony Piercy is not facing any charges. At this point, it's case closed. However, Ellingson's mother started a petition on Change.org asking Iowa Senator Chuck Grassley to request a federal investigation into this case. The petition has more than a 122,000 signatures right now and continues to grow.

The Missouri State Highway Patrol and Water Patrol merged back in 2011 in an effort to save money. Since the Ellingson drowning, the merger has been largely blamed for a possible lack of training for patrolmen. Petitioners rallied outside the Missouri House Review Committee Wednesday holding signs that read "I Am Brandon Ellingson's Voice."  There is a chance Ellingson's family could pursue charges in  civil court.