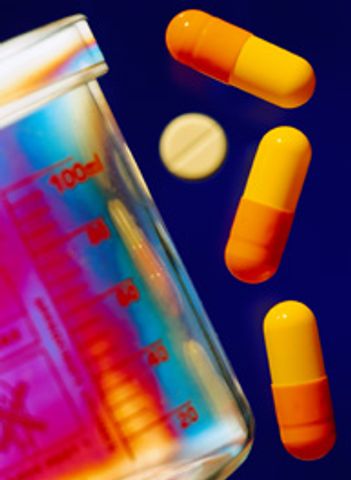 Pharmaceutical companies spend millions on research and developing their products, so each drug is a financial risk. To make sure those risks pay off, drug companies spend billions to market their goods. Most people have seen advertisements for different drugs in magazines or on TV; however, the money spent on direct-to-consumer advertising is only a small part of the advertising budget.

According to a 2012 Pew report, pharmaceutical companies spent $3.1 billion on advertising directly to consumers; however, they spent $15 billion on marketing directed toward your doctors. This money goes toward different speaking engagements, consultations, meals, travel and other gifts for doctors. The purpose is to sell their product.

According to data from the Centers of Medicare and Medicaid Services, 11 Columbia doctors took over $10,000 in payments and goods within a five-month span, from Aug.1 to Dec. 31, 2013. Six of those doctors received at least $10,000 twice in that time period.

For example, Dr. Zbylut Twardowski collected a $62,500 consulting fee from Baxter Healthcare. Dr. Steven Meyer earned two "royalty or license" payments of $53,941.19 and $51,136.15 from NuVasive Inc. Dr. Todd Oliver brought home payments of a similar nature from Arthrex Inc. of $49,631.18 and $46,911.29. KOMU 8 reached out to those doctors' offices, and neither Twardowski nor Oliver could be reached for the original story.

Oliver reached out to KOMU-8 after the original story aired and commented for a follow-up story.

Some payments include money for developing new medical equipment, etc.

Dr. Meyer wrote to KOMU 8, explaining the money recorded for his name are royalties from previous research and work:

"In the course of my medical practice I have been responsible for developing several devices that are used by spine surgeons throughout the U.S. and other countries in the treatment of different spinal pathologies. The consulting fees that you referenced in the CMS report pertain to royalty payments that I received from a manufacturer of spine implants, in this case Nuvasive. These royalties are payments for products that I have developed and help bring to market. This is a process that takes several years. The payments in question reflect the development of a minimally invasive pedicle screw system that is now used worldwide. I only receive royalties on implants that are implanted by other surgeons. I do not receive any royalty for implants that I place in my own patients. Further, I receive no royalties from implants that are placed by other surgeons in my own hospital, and in the surrounding communities. This is a common practice in the surgical device industry. I would guess that greater than 90% of surgical devices that are implanted during spine surgery and most other surgical specialties pay some form of royalty to a design surgeon that helped develop that product."

Medical ethicist: Gifts can be influencial

"The evidence is very compelling that even small gifts will influence prescribing behaviors in doctors," Dr. David Fleming, Co-Director of the MU Center for Health Ethics, said.

Doctors taking money from drug companies is not a new practice; however, doctors said the practice is not affecting the quality of care.

It is unclear based on publicly available data if and by how much prescribing habits are influenced by payments.

"They feel very strongly, and I would have to agree with that, that they are doing good work, for the good of society, and the good of past and future patients," Fleming said. "But, the fact is, that those relationships influence behavior."

Companies reach out to thousands of doctors

Pharmaceutical companies often have to provide a balance between creating great medical supplies and making money.

In the past, the medical marketing strategy has been aggressive. In 2014, the drug company Pfizer had paid interactions (excluding research) with more than 140,000 doctors. AstraZeneca paid more than 110,000 and Forest Laboratories along with Johnson and Johnson, interacted with almost 100,000 physicians. The competition is to make sure their drugs get sold, which can have a big impact on financial cost.

"These are controllable costs where we could potentially have the same outcome and high value outcome with a patient with 'drug x' at the tenth of the cost, compared to 'drug y', that is ten times that cost," Fleming said.

Health care costs have risen in the last decade, and some people blame the high cost of medical supplies.

"Most people come in and say, I don't want to do anything, do what you want to do and carry on," Abernathie said. "So it doesn't work that way, you have to be involved in your own care. If you're a patient and your doctor tells you something and doesn't explain it in ways that you can understand, maybe you need to think twice about it and get another opinion."

Company spending on doctors used to be higher; one company quits marketing to doctors

The money flowing between pharmaceutical companies and doctors used to be much worse. Since federal legislation passed in the mid-2000's the spending has gone down, with some companies, like GlaxoSmithKlein, no longer marketing directly to doctors.

"Maybe they're starting to realize that there's a better way to do this," Fleming said. "Maybe more of the resources will be used for actual research."

Look up all Columbia doctors and payments received

To see a listing of Columbia doctors and payments received (organized by amounts, largest to smallest), click here. The data comes from Centers of Medicare and Medicaid Services.

Editor's Note: This story has been updated to reflect Dr. Todd Oliver speaking with KOMU-8 for a follow-up report. You can read that story here.