TARGET 8: Employees say Columbia day care should be shut down 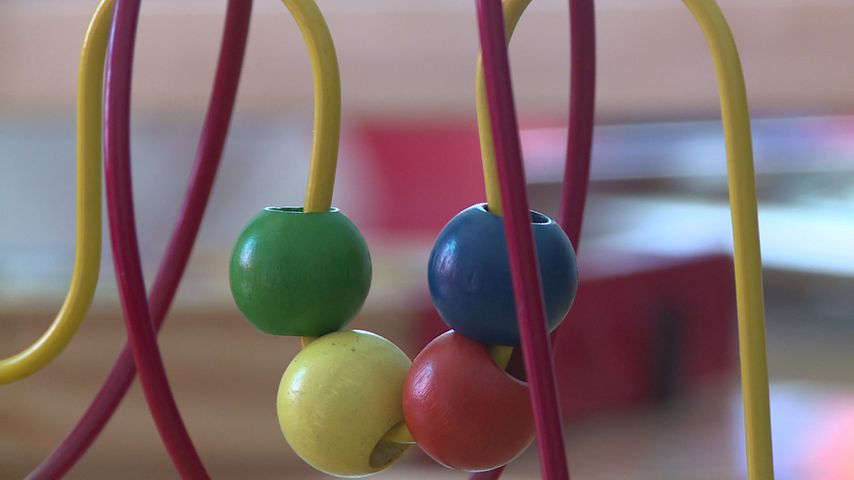 COLUMBIA - When finding a day care facility, parents expect their child to be taken care of, but former employees at a Columbia day care say the children there are not safe.

The employees at Lots of Love day care said they were not getting paid regularly or properly, and the money issues trickled into other areas of the day care.

"They're getting one-half of graham cracker is all they're getting. With no drink, no nothing else. That's it," Otterbourg said.

Shauna Kunze said, "I think if a parent were to walk in at lunch time and see what I served their child, I don't think they would be happy."

The employees do not understand why the facility is short on food since it receives assistance from the Missouri Department of Heath and Senior Services Child and Adult Care Food Program.

On June 14, the Department of Health and Senior Services investigated the day care after an employee anonymously described the food situation. The complaint investigation stated the facility cook told investigators she does not measure the snacks for the children.

The report noted, "Child Care Facility Specialist Cynthia Maddox and Child Care Supervisor Christina Bruce observed a limited amount of food in the kitchen that would be insufficient for 40 children.”

According Child Care Facility Details on the day care, the center has consistently violated licensing rules since it opened in 2015. One of the most common violations is staff-to-child ratios.

The department outlines ratios to maintain a secure environment for children, but Staten said the facility was always over ratio.

Staten worked in the 2-year-old room where the ratio should be one caregiver to eight children. She said she was consistently in the classroom with 13 to 14 children at a time.

According to the Department of Health and Senior Services, two babies escaped the day care from the playground area on June 20.

A licensing worker went to the day care the day of the incident to investigate a complaint and found the children in the parking lot area. The employee who was supposed to be supervising the infants said she had one more child than the state regulation allows.

Employees said the department visits the daycare frequently, yet has not done enough to ensure the safety of the children.

They said the paycheck issue and the difficult environment contributed to leaving the facility. Kunze said she noticed the high turnover rate in the four months she was there.

"The turnover rate is just extreme," Kunze said. "While I was there, I saw four teachers leave."

A former parent said her daughter had five different teachers in the 10 months she was at the daycare. She asked to remain anonymous.

The parent said the high turnover rate took a toll on her daughter.

"It's hard to wake her up in the morning, and she doesn't want to be there," she said.

The parent said she eventually removed her daughter from the daycare because her 4-year-old daughter was not learning.

"I feel like when you go to day care or preschool they should be learning; tracing their name, tracing 1,2,3, doing A,B,Cs every single morning," the source said.

The mother said Columbia Public Schools tested her daughter and said she was behind on motor and language skills.

“She was asked to spell her name, and she could only spell three letters of her name and she has seven letters to her name,” she said.

The parent said the result was not what she expected from a school advertised as a preschool.

"I was upset that I spent all of that money and nothing to show for it," the parent said.

However, employees said it was difficult to teach the children without adequate supplies. They said when they asked the employer for supplies, she advised them to purchase it on their own without reimbursement.

Kunze and Otterbourg said they paid for supplies on their own.

Staten said, "It wasn't like we were asking for expensive stuff - like literally paper, markers, just simple stuff."

They said the money problems trickled into the curriculum.

“These kids that are going into kindergarten this year, they don't even know their months of the year," Otterbourg said. "You ask them a letter on the alphabet chart, they couldn't tell you.

The employees have one message for parents.

"I don't want anyone else's children to not be provided for, and I want the parents there to understand what's going on," Kunze said.

The employees question why the facility is still running after constant 'slaps on the wrists.'

“It's going to take something bad to happen there for state to actually open their eyes and say, 'oh my gosh' there's something wrong with this center.”

KOMU 8 News reached out to the owner of Lots of Love, but the owner refused to comment. She instead wrote a Bible verse on a post-it note: "No weapon formed against me shall prosper."

KOMU 8 News also reached out to the Department of Health and Senior Services about the investigation. It did not comment.