TARGET 8: Fact Check about the details of Proposition D 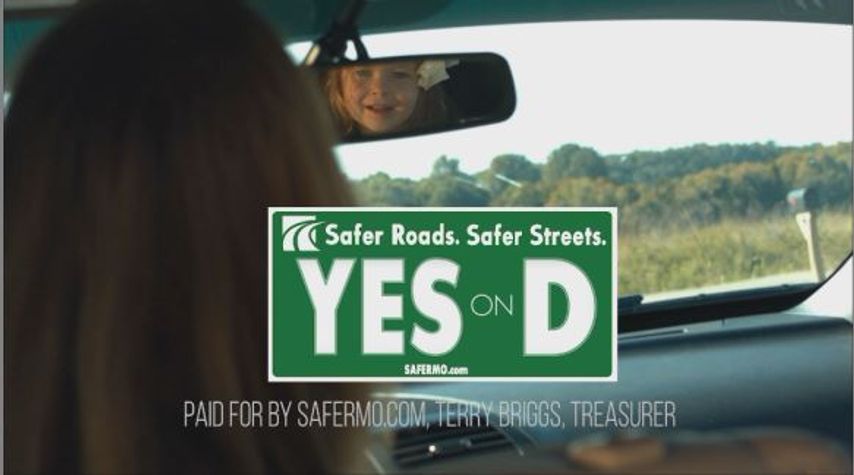 COLUMBIA - Proposition D is a measure on the November ballot that would increase the gas tax throughout Missouri.

The current gas tax has not been increased since 1996. It is currently 17 cents, but according to SaferMO.com, inflation puts the tax value closer to 7 cents.

Missouri ranks 49th out of 50 states in gas tax, ahead of only Alaska. An increase in gas tax would allow the state to make improvements to the roads and highways including adding rumble strips, guard rails and highway dividers. The state would also look into making bridges safer in Missouri.

Parson said, "It's about infrastructure. It's the number one priority every time you take that and work force development. We just need to be able to help to do our part as government and from a governor's role to see how we can help with those two issues."

A new ad, called "Makes Sense," calls for people to vote 'yes' on Proposition D in the election.

The average state makes over $230,000 in bridge revenue per mile. Missouri is almost $200,000 short of the national average.

MoDOT also says 922 bridges throughout Missouri are rated as "poor" by the Federal Highway Administration.

There are also 1,194 bridges that have a weight restriction, meaning the bridge is unable to carry normal traffic.

The total number of bridges that fall within this category is 2,116; Twenty percent of all bridges in Missouri.

This claim is: True

Some people may be concerned money from a higher gas tax may not go to road maintenance and repair.

This ad claims: Funds are regularly audited and constitutionally designated

According to Proposition D on Page 3, it says, "In order to ensure that the revenues generated by this section are used for their designated purposes, the state auditor shall biennially audit such funds and provide a report to the general assembly."

This means it is the state auditor's responsibility to make sure the funds are being spent on roads and highways.

This claim is: True

Proposition D would look to increase all types of motorized fuel in Missouri.

From aviation fuel to propane, every type of gas would have a flat tax rate of 27 cents by 2025 if it is passed.

This ad claims: Prop D is a bargain, "keeping my family and yours safe."

If this proposition is passed, Missouri would go from 49th in the nation in gas tax to 30th.

It would also give the state a projected revenue of $123 million after the 10 cent increase in tax. This state would distribute it throughout the state giving Boone County $2.8 million, Callaway County $1.1 million and Cole County $1.3 million.

SaferMO.com says the average gas customer would pay an extra $5.10 per gallon of gas a month when the gas tax is increased by 10 cents.

Supporters said the tax money paying for road improvements would be a benefit to the state, as Missouri ranks in the top 20 in travel and total crashes, including fatal crashes.

This claim is: Open for Interpretation

Gov. Parson and Lt. Gov. Kehoe will travel the state talking about infrastructure and promoting Proposition D to Missourians. The final say on Proposition D will be made at the polls this November.