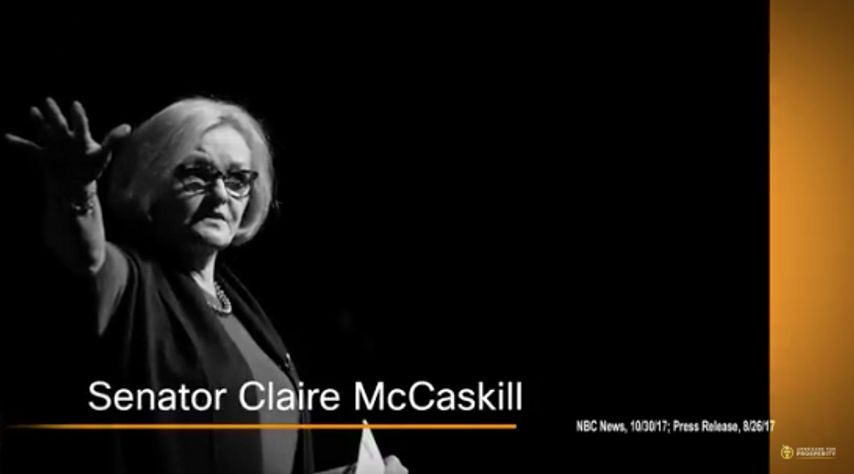 Being two well-known candidates in the political world, it’s no surprise their campaigns are already in full force.

"This is going to be the premier senate race in the country,” University of Missouri political science professor Marvin Overby said.

Two outside organizations released their first wave of political ads, which consisted of claims to downplay the other candidate.

The PAC, Americans For Prosperity, released the first ad as an attack on McCaskill’s stance on tax reform and the middle class.

"They rarely lie to you; they're more misleading than they are outright fabrications," Overby said.

Claim: McCaskill said she'd support tax cuts for hard-working Americans, when she had the chance, she said no.

In response to this claim, Mccaskill’s office said her motives are clear when it comes to the middle class.

"She has worked hard to reach across the aisle for a bipartisan compromise on tax reform that would help small businesses create jobs and provide real tax relief for the middle class," McCaskill's website said.

When it comes down to it, Overby said she did vote against the GOP tax bill.

"They cite her vote on House bill one which is the big sort of Trump administration tax cut," Overby said.

State Director for Americans for Prosperity Jeremy Cady said he's sure the tax reform will have positive results for the middle class.

"Those on the other side, they might want to re-write history, but it is absolutely crystal clear, Missourians are feeling the positive effects of tax reform," Cady said.

McCaskill’s office said it's concerned the bill will only benefit the rich and leave the rest of the country, including the middle class, with the “scraps.”

"Instead of forging a bipartisan compromise that would provide meaningful and lasting tax relief for the middle class and help small businesses create jobs, the Republican Congress passed a partisan law that was a giveaway."

McCaskill worked with Republican representatives to introduce a bill that would “extend tax cuts for small businesses and American workers.”

Result: We found this claim to be incomplete.

The one vote cited does not indicate her entire voting record on the issue.

After analyzing the vote for the GOP tax bill, we saw McCaskill did vote "no" to the tax cuts alongside Senator Schumer and Congresswoman Pelosi.

Result: We found this claim to be true.

In response to the ad as a whole, communication director Meira Bernstein said in a statement exclusive to KOMU 8 News:

"Claire has made it abundantly clear that she doesn't care if an ad is for her or against her, Missourians should pay no mind if they don't know exactly who is paying for the ad."

It turns out, politicians have very little say on the ads put out by political action committees.

"They have much less and legally really no input into what the outside groups run on their behalf," Overby said.