COLUMBIA – It’s a senate race some are calling one of the most important in the country.

“If you’re putting money on it today, you would say this is gonna be the premiere senate race in the country,” University of Missouri political science professor Marvin Overby said.

Both sides released their first round of political ads, hurling allegations at the other candidate.

Senate Majority PAC released an ad supporting McCaskill in response to an ad for Hawley by the PAC Americans For Prosperity. Below both ads here is the Target 8 team's analysis of the ad for McCaskill. We also fact-checked the ad for Hawley.

We found this to be true.

McCaskill introduced a bill alongside Republican Senator Susan Collins that would “extend tax cuts for small businesses and American workers.”

“She has a long history of supporting bills that are really focused on the middle class,” he said.

Kelli Ford, spokesperson for the Hawley for Senate campaign, said McCaskill does not favor middle-class tax cuts, because, in another vote, she did not support the Republican tax bill.

We found this to be incomplete.

A Tax Policy Center analysis shows about 25 percent of tax cuts will go to the top 1 percent in 2025. 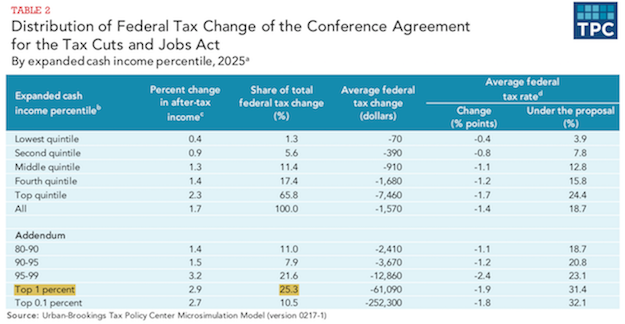 The amount of tax cuts going to the richest Americans does jump to 83 percent in 2027, but only because most individual income tax changes expire then.

Hawley’s team called the attack false in a press release saying, “It’s a classic case of politicians using a technically accurate statistic but without the context or explanation it requires.”

We found this to be incomplete.

The nonpartisan Joint Committee on Taxation released a report that found, after taking into account economic growth, the tax plan would add $1 trillion dollars to the debt.

However, there’s no consensus among economists on how much, if any, the tax cut would pay for itself.

“It’s clear that Claire is someone who really understands Missouri and represents all of its people and is willing to fight for everyone and not just to fight for wealthy billionaires,” he said.

The purpose of campaign ads

“One of the first things these campaign ads are to do is to introduce the candidate to the public,” he said.

Ads also deluge the public with the candidate’s name.

“People tend to vote for the candidate whose name they know," Overby said.

In this case, both political ads were funded by outside groups. Overby said this practice is common, since senate campaigns are so expensive.

“We can count on both candidates in this campaign spending at or above 20 million dollars,” he said. “There’s an old saying in politics that half of everything a campaign spends is wasted money, but they just don’t know which half.”

“They rarely lie to you,” he said. “They tend to be more misleading than they are outright fabrications.”

Overby said it’s often what these ads don’t say, especially when it comes to tax cuts.

“Most economists think it’s probably bad public policy to be cutting taxes in a period like this of economic expansion,” he said.

A race to the finish

There’s no strong data showing how much of an affect political ads have on an election.

“On a lot of these campaigns, they’re hoping this is gonna be one of those ads that really sticks,” Overby said. “It’s really hard to predict.”

Both parties said they’re confident their candidate will win the election.

“Claire is not a typical politician,” Hayden said. “Claire is someone who doesn’t sidestep any question and she tells it to you straight.”

Overby expects the Missouri senate race to be a tight one.

The Missouri senate primary is Aug. 7, with the general election to follow Nov. 6.