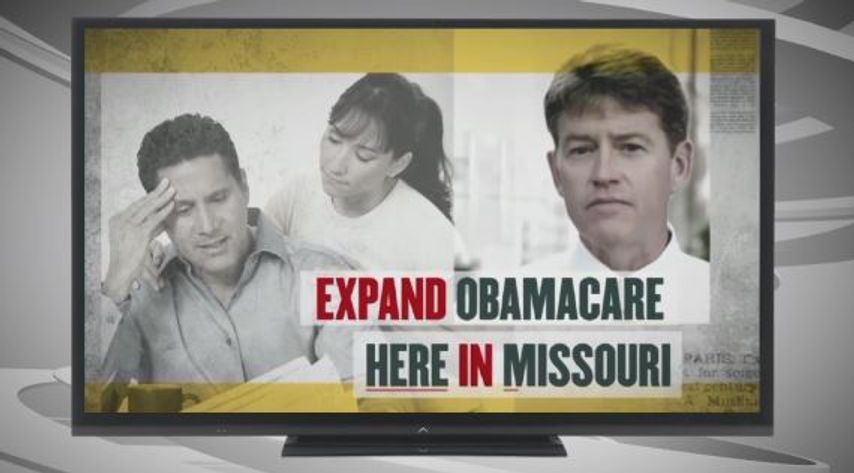 COLUMBIA - KOMU 8's Target 8 Investigative team analyzed a negative advertisement about Missouri Attorney General Chris Koster (D), who is running for Governor for Missouri. The ad, paid for by his challenger, Eric Greitens (R), claimed Koster wants to expand the Affordable Care Act by billions in Missouri. The ad stated "Obamacare" is “threatening to bankrupt states like Colorado and Illinois."

Each statement is labeled as true, false, or incomplete based on Target 8's investigation.

In a written statement, Policy Director for Eric Greitens Will Scharf said the claim of expanding the ACA by billions  came from the cost per person covered by the Medicaid Expansion multiplied by projected size of expansion in Missouri.

On Koster's campaign website under the "issues" portion, Koster laid out his plan to expand Medicaid in Missouri to 300,000 working Missourians.

The word choice on this claim can be confusing because Medicaid is only one part of the ACA. Vice President of Health Policy for Missouri Foundation for Health (which supports expansion) Ryan Barker said the ad confuses two different parts of the Affordable Care Act.

“The ACA is a large piece of legislation. There’s lots of different components. The components that are about insurance rules, regulations and what employers have to offer in their insurance plans, that is a completely different component than the Medicaid expansion part," Barker said. "So the ad sort of conflates these different parts of the ACA and tries to say they’re related, and they're really sort of separate parts.”

Overall, the ad does indicate Koster would expand the ACA, which is true, though the language is vague.

Obamacare expansion is not only ruining health care and hurting businesses like this, it’s threatening to bankrupt states like Colorado and Illinois: INCOMPLETE

Greitens' campaign sourced expert commentary that blames overruns in enrollment and costs as the reason for Colorado and Illinois' strained budget.

“Every state the program is slightly different in terms of eligibility levels and what income levels are, so it’s really hard to make comparisons,” Barker said. "What’s interesting is the two states, Colorado and Illinois, that were picked in the ad, are two states that had higher eligibility to start with so their expansion isn’t as expansive as Missouri’s would be.”

Barker said higher premiums on health care insurance could hurt some business who offer employers simple plans, but Medicaid expansion could have a varying impact on businesses overall.

In 2012 the Supreme Court made Medicaid expansion in the Affordable Care Act optional to states. So far Missouri has not expanded Medicaid.

This claim included opinionated language and comparisons that cannot be fully proven out or projected, so Target 8 deems this claim incomplete.

During a campaign event on Saturday, Koster clarified his position on the ACA to a KOMU 8 reporter:

"I'm the first to say that the Affordable Care Act needs fixing, but those are federal questions that Claire McCaskill and Roy Blunt in that Senate, up in Washington D.C., needs to work on. What I'm talking about is something a little bit different. We are sending $2 billion of state tax money to Washington D.C., and they're sending it, our own money, back to us to invest in hospitals and FQHCs, health care centers, here in the state of Missouri. And yet, a majority of the legislators in Jefferson City are saying 'We don't want OUR $2 billion to come back to Missouri. We just want to send it to Washington D.C. and say goodbye to it.' And I think that that's crazy. When they're turning this money around for us to invest in Missourians, to make sure that hospitals in Columbia are healthy, then we should invest it in hospitals in Columbia. That's what a governor needs to do."
Editor's note: This story has been updated to include the quote from Koster.