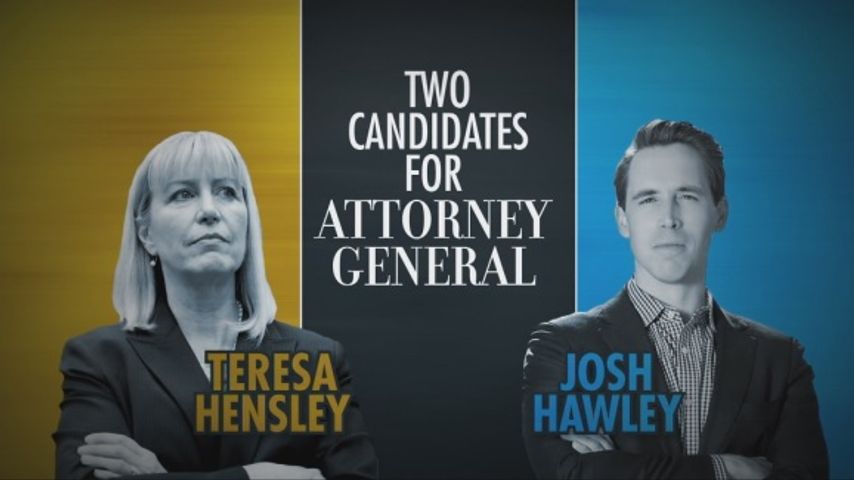 The Missouri Attorney General race, among other state races, has caught national attention for its mega spending on campaign ads. According to the Center for Public Integrity, spending on TV ads for the race has totaled $14.3 million, making up nearly half the cost for all state attorney general TV ads in the nation combined.

The Target 8 team went through Hawley's ad to determine whether each attack is true, false, or incomplete.

‘Teresa Hensley is a career politician. This is the sixth different office she's sought’: TRUE

However, Hensley defends her political experience.

“When you’re looking at the top lawyer in the state of Missouri, not only is the experience for being a lawyer important, but I think it’s also important that you also have had some public service, that you’ve had a tested record for doing that,” Hensley said in an interview with the Target 8 team.

‘Voters rejected Hensley for prosecutor, state house, and Congress because she was just too liberal’: TRUE

Hensley said she prevailed against Republican opponents, though, when she ran for re-election in Cass County.

“I ran for office then in 2006 and 2010 in what I considered to be pretty much a Republican county,” Hensley said.

With Hawley leading in most polls, some people questioned why Hawley ran an attack ad against Hensley at all.

Marvin Overby, an American politics professor at the University of Missouri, said it’s not unusual in this situation.

“Normal dynamics you get when you often have an incumbent running against an unknown challenger, and the incumbent doesn’t want to give the unknown challenger any sort of air time by mentioning his or her name, that’s not really in play this time because we’ve got two challengers for an open seat,” Overby said.

Missouri voters will also decide whether to cap unlimited donations for state office on Tuesday. Amendment 2 would restrict individual campaign contributions to $2,600.