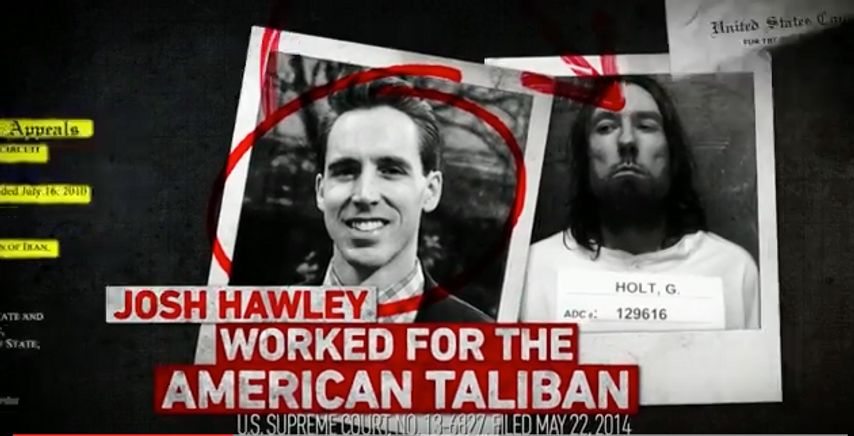 Each statement is designated as true, false or incomplete based on the facts.

'Kurt Schaefer is the only trusted prosecutor for Attorney General': INCOMPLETE

Schaefer currently serves as an attorney for Lathrop & Gage LLP and has prosecuted criminal cases around the state.

While it is true University of Missouri Professor Josh Hawley has never worked for a prosecutor's office, he has worked as an attorney since 2008.

This statement refers to Hawley’s work on a Supreme Court case that questioned whether prisoners should be allowed to grow half-inch beards in accordance with religious beliefs.

The Becket Fund is the law firm that defended Muslim Arkansas prisoner Gregory Houston Holt, also known as Abdul Maalik Muhammad, and his right to grow a beard. Holt referred to himself in court as an American terrorist.

The Supreme Court ruled in favor of Holt, unanimously ruling Arkansas inmates can grow beards on the basis of religion. Hawley’s name is listed on the Becket Fund’s website as one of the counsel working on the case.

However, both Hawley and the Becket Fund claim Hawley was not involved in the Holt case. Hawley’s name has since been removed from the docket.

The lead attorney on the case, Douglas Laycock, said he couldn't find any past emails from Hawley regarding the case.

"I went through my emails and found that only two of the six attorneys listed on the case were in contact with me," Laycock said. "When I worked with him two years earlier, he was very involved in the Hosanna Tabor case. I think by the time the Holt case hit, he was on his way out the door to Missouri."

Scott Diekhaus, Schaefer's campaign manager, said, "The official record with the United States Supreme Court has not been changed to remove Hawley's name from the Holt case, which would be required by law if he were in fact not involved in the case."

Hawley said the Becket Fund realized its mistake and corrected it before Schaefer pointed it out.

"My old law firm mistakenly listed my name on one of the filings in the case and then as soon as they saw it, corrected it," Hawley said. "They corrected it on the docket, which is the appropriate place to correct it."

Hawley’s name is listed on the brief for United States Court of Appeals case in which the People’s Mojahedin of Iran petitioned to be removed from the U.S. terror list.

Hawley defends his support for PMOI.

"This is a group that revealed the Iranian nuclear program to the United States," Hawley said. "Our national security leaders have been uniform in its praise and praise of this group as a U.S. ally."

The U.S. government also refers to the People’s Mojahedin of Iran as Mujadadin-E Khalq, or MEK. The 2011 Country Reports on Terrorism outline MEK's past terroristic behavior.

“During the 1970s, the MEK staged terrorist attacks inside Iran and killed several U.S. military personnel and civilians working on defense projects in Tehran,” the report said. “In 1972, the MEK set off bombs in Tehran at the U.S. Information Service office (part of the U.S. Embassy.)”

However, the Mojahedin publicly states it has renounced violence. The group’s acts of terror occurred well before Hawley supported its removal from the terror list.

'Josh Hawley fought to remove these Islamic radicals from the terror lis't: INCOMPLETE

The Mojahedin was added to the American terror list in 1997, but was removed in 2012.

The U.S. Department of State said the Mojahedin’s “public renunciation of violence” and “the absence of confirmed acts of terrorism” for more than a decade were deciding factors in the Secretary of State’s decision to remove the group from the terror list.

Hawley worked to remove the group, which has been peaceful and has cooperated with the United States.

The Wall Street Journal reported Condoleezza Rice called the Mojahedin terrorists in a 2009 WikiLeaks document, “The most powerful myth the MeK has been able to lodge in the minds of most supporters is that they are the democratic alternative to the current regime in Tehran."

The article also claimed Rice referred to the group as "terrorism and cult-like repression of its members."

The group was considered one of Hawley’s clients during the time of the Supreme Court of Appeals case in which the group petitioned for its removal from the terror list.