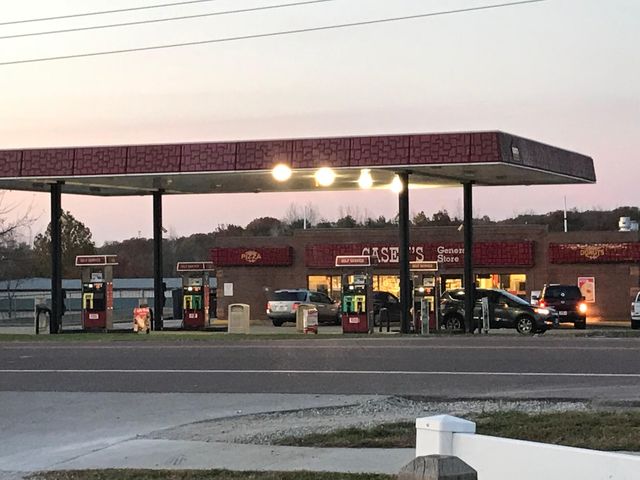 Keri Lawson, a former Casey's General Store employee, said in her Facebook post: "I worked here for MAYBE 2 months... On the third week, I started complaining about the **COCKROACHES** and various work conditions."

Kala Wekenborg-Tomka, the Boone County Health Department's Environmental Public Health Supervisor, said it treats every complaint the same as a routine inspection and said, "We respond to every complaint we receive."

"They would crawl at my feet while I'm working, so I was constantly watching where I was touching," Lawson told KOMU 8 News during an interview.

On October 5, 2015, Casey's had a critical violation for "Unapproved pest spray in kitchen."

Wekenborg-Tomka said the store or restaurant does not know ahead of time when the health department is coming for a routine inspection.

"We've received complaints about any type of food establishment. I wouldn't say it's unique to Casey's, and we respond to them all the same," Wekenborg-Tomka said.

Lawson said the cockroaches got progressively worse as she was working. "There's a cooler lid where your pizza condiments are, and there's a little opening and one came up right out from there."

Lawson said she was asked to put Borax in the cooler vents and bug spray on the baseboards. Lawson showed KOMU 8 a note she said a manager gave her: "Keri, When  you close the kitchen tonight underneath the white cabinet is some bug spray, will you spray behind everything and open that vent on the prep table and put Borax in there. Ask the clean to close person to spray underneath the cabinets, not while customer are here though... Thank you XXXXX I appreciate you."

"We are here to be great educators as regulators. So if you see something, you're part of our eyes and ears of our community and we encourage you to report that to us," Wekenborg-Tomka said.

"Our goal is not to close food establishments. It's to ensure that they understand why something is a violation and get them into compliance. So our last resort is closure, if education does not work," Wekenborg-Tomka said.

"They're definitely not a pet you want to keep around. It makes my skin crawl, and I couldn't do it anymore. I couldn't work there anymore," Lawson said.

Lawson said she was hired at Casey's on September 6 and trained at the store on El Chapparel. "That one is very clean."

KOMU 8 News pulled inspection reports from all Casey's stores in Boone County. All had violations, but those on Clark Lane were the most disturbing. Other stores had reports of "Employee eating trail-mix in kitchen, food stored on floor in walk-in freezer, AND pizza boxes directly sitting on floor.

Lawson said managers kept telling her it wouldn't be like this after the re-model in January.

"I do hope that they address it, and I hope that their re-model fixes it. But I don't think it's just a sweep under the rug," Lawson said.