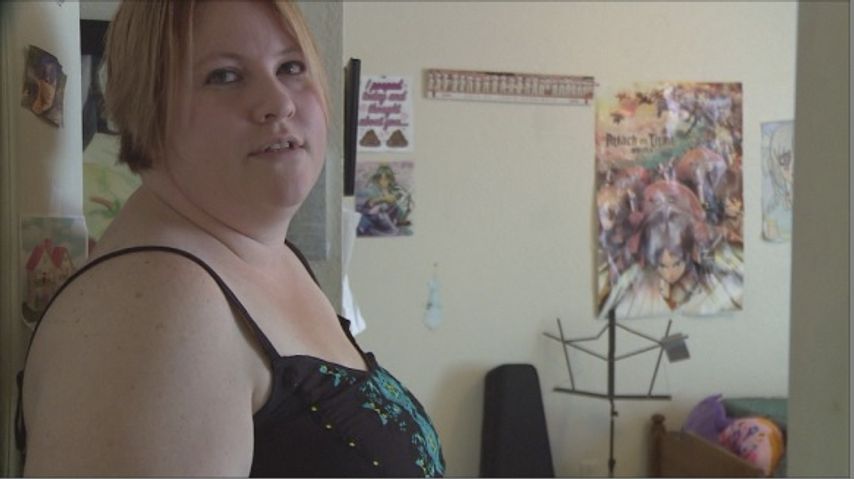 HALLSVILLE - Some Hallsville parents are questioning their children's safety in the school district after the suicide death of middle schooler Rylie Wagner and at least two other students at other mid-Missouri schools within six months.

Parents of the students who took their lives suspected bullying was a main cause in each of the deaths.

KOMU 8 News reported on her death the following day. Three families reached out to KOMU 8 News the same day that story aired. At least a dozen sent tips to our team since then - all with the same message: They don't feel their students are safe at school. The majority of those parents wanted to remain anonymous for fear the school district would retaliate against their children.

Overstreet showed the Target 8 Investigative Team some of Rylie's artwork and poetry written in the days before her death.

"It says 'high top sneakers, walking throughout the halls fingers point and taunt. Not worthy, not there. Every voice, every snicker. Giving up is all I can give anymore,'" Overstreet said. "She wrote this just a couple days before she passed."

Overstreet said her daughter received counseling outside of school, but she said there was only so much Rylie could take.

"I know there were girls telling her to go kill herself just about every single day," she said.

Overstreet said students of teachers and administrators are treated more leniently than students who don't grow up in Hallsville and instead transfer into the district.

"It's not 'how can we get students to just work on accepting others.' It's 'you won't be accepted, you're not from here.' Period," Overstreet said.

The Target 8 Investigative Team took a statewide look at the problem by investigating state bullying laws and how effective they are.

Because of a state law that was most recently updated in 2016, each Missouri public school is required to provide a written bullying policy with specific requirements. Although a policy is required, no entity oversees whether or not the policies are being followed or measures their effectiveness.

Rylie's mother wanted to share her daughter's story in hopes of changing this.

Overstreet said a teacher's daughter tripped Rylie in P.E. class. Rylie was still recovering from a $36,000 knee surgery to repair her torn meniscus when she died.

A spokesperson for Hallsville told the Target 8 Investigative Team that the middle school principal looked at the footage with Rylie, but no footage of the exact incident was found.

Another former Hallsville mom speaks out

A different mother of a former Hallsville student said her daughter was bullied because she was viewed as an outsider too.

"Even when we had a teacher's meeting, the woman did not deny throwing a book at my daughter," Cynthia Sapp said.

Sapp said the problem was so bad she removed her daughter from Hallsville completely.

"The bullies were doing it day in and day out, and so finally I had to give up a place that I absolutely loved that was almost paid off," Sapp said.

Sapp said the price of a new mortgage was well worth her daughter's life - a choice no parent should ever have to make, but one Renee said she easily would've made for Rylie.

“We were looking on getting [Rylie's brother] and Rylie in to Columbia Public Schools even though we're not districted for them,” Overstreet said.

Rylie's family couldn't get out of the district soon enough.

Overstreet pointed to a bookshelf: "We plan on putting her ashes, her urn up here."

Now Overstreet and her husband Keith are sending their own message to the school and the public, that society must work harder to protects its children. Rylie's Rainbow Foundation was created in hopes of "educating students on the detrimental effects of bullying." Rylie's parents argue improvements have to start with schools.

Marci Minor, the communications director for Hallsville Public Schools, told the Target 8 Team the district would not do an on-camera interview.

Instead, she sent the the Target 8 Team a link to the school's bullying policy online, making sure the team knew the school was compliant with Missouri law.

The statement said: "Hallsville's bullying policy, Board of Education Policy 2655, was revised in October, 2016, to reflect the most recent legal requirements regarding bullying in public schools."

There are two other known cases of bullying-related suicides in mid-Missouri schools in the last six months.

In Glasgow, a coroner's inquest formally changed 17-year-old Kenneth Sutner's cause of death after bullying was found to be the primary cause. Parents and students in Sedalia demanded changed at the school following 16-year-old Riley Garrigus' suicide.