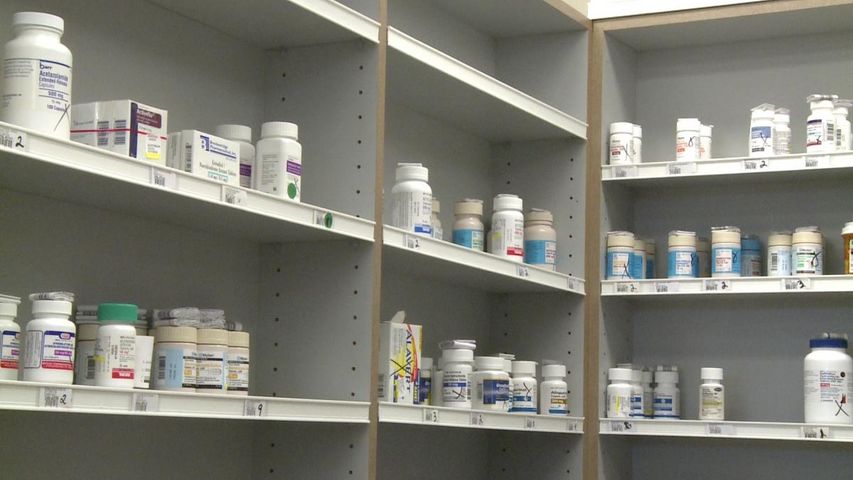 COLUMBIA - Hydrocodone is the second most prescribed drug in Missouri, and mid-Missouri pharmacists said they see fake prescriptions everyday.

Hydrocodone-acetaminophen is a common pain medicine with Vicodin as one of most well known name brands. ProPublica pulled prescribing data from Medicare's prescription drug benefit, Part D, for 2012, and found hydrocodone was the third most prescribed drug in the country with 32.9 million claims.

Erica Hopkins-Wadlow, pharmacist in charge at D&H drug store in Columbia, said she sees hydrocodone prescriptions all the time.

Boone County came in as the highest prescriber with 19, 202 total prescriptions. However, Cole and Camden counties have a higher percentage of their population with a prescription coming in at 13.36 and 13.46 percent respectively.

Here's a look at the percentage of mid-Missouri county residents with a hydrocodone prescription:

Hopkins-Wadlow said, along with legitimate prescriptions, she sees a prescription she questions at least once a day.

"There's different red flags that we try to pay attention to when dispensing controlled prescriptions that makes me want to look further into it and make sure it's not somebody doctor-shopping," she said.

Missouri is the only state in the U.S. without a prescription drug-monitoring program, so pharmacists have no official "red flag" to look for, unless a patient has Medicaid.

Hopkins-Wadlow said some people go to multiple doctors in multiple cities and get prescriptions for the same type of medication.

"And then they'll take it to pharmacies, different pharmacies, and just say, ‘Hey I want to pay cash for this.' It doesn't hit on somebody's insurance. So you'll never know that they filled this five minutes ago at Walgreens," she said. "If we had a prescription drug monitoring program, a system would be in place where when we submitted it, it would hit off of that database, send it back to us and say, ‘Hey timeout. They just received something like this or similar on this date or today. ‘"

Hydrocodone is a Schedule II or S2 controlled substance, meaning it has a "high potential for abuse, which may lead to severe psychological or physical dependence," according to the U.S. Department of Justice Drug Enforcement Administration.

The program director at an adult substance abuse treatment center in Cole County said monitoring could be helpful to decrease the number of people in her programs.

"We have a medication assisted program here where they come in, and they use meds to help with their addiction," said Una Bennett, program director of Jefferson City Preferred Family Health Care. "We like to look and make sure that they haven't been to the hospitals, using the emergency rooms and that kind of thing."

Bennett said about 90 percent of people in their residential unit are getting treatment for opiate use.

"You see people who went through some kind of surgery, and they started out on the pain meds," Bennett said. "And then over time, they have basically kind of built up a tolerance to that. Then there's a certain point that it basically grows out of control. By the time we see them in our detox program, they've generally moved on to heroin because it's cheaper, and there's easier access. They've doctor-shopped, basically went to every hospital they can, and they can't get anymore. So then you see them wind up here."

Hopkins-Wadlow said a monitoring program would reduce the amount of time she spent policing narcotic use.

She said she believes that would allow her more time to spend with patients and improve patient safety.

"If we can save at least one life from it, then it's worth it."