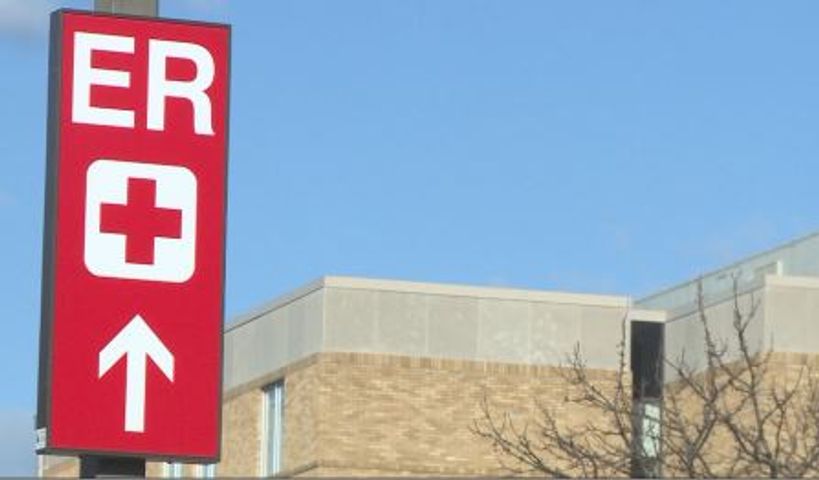 JEFFERSON CITY - Simple symptoms can sometimes have deadly diagnoses. A splitting headache could be a migraine, or it could be an aneurysm. Arm pain could just be muscle soreness, or it could be the onset of a potentially fatal heart attack.

Making that judgement call is usually the domain of doctors and medical professionals. But now, health insurance company Anthem is making some Missouri patients decide whether they are experiencing a true emergency before visiting the ER - or risk turning a health scare into a financial nightmare.

Under the policy, Anthem determines coverage for patients based upon their diagnoses, not their symptoms. For example, if a patient arrived at the ER experiencing chest pain - often a warning sign of a heart attack - and was actually suffering from acid reflux, their claim could be denied under the Anthem policy.

Even though the symptoms might have been serious, the diagnosis was not. Anthem could deny the claim, saying the patient's use of the ER was a "non-emergency."

Medical professionals and health care organizations in Missouri are pushing back against the policy, saying it puts patients at risk and discourages them from seeking prompt emergency care.

An Unfolding Emergency: A Timeline of the Anthem ER Policy

Anthem initiated its ER policy in Missouri beginning on June 1, 2017. So far, Anthem has rolled out the policy in a handful of other states, including Ohio, New Hampshire, Kentucky, Indiana and Georgia.

Dr. Jonathan Heidt, an emergency physician at University Hospital in Columbia and president of the Missouri College of Emergency Physicians, has the knowledge and training to identify true medical emergencies and save patients' lives—but only if they come to the ER first, he said.

One of the problems with the Anthem policy, Heidt said, is that it requires patients to make a judgment best left to an emergency physician.

"I went to medical school for four years, trained in emergency medicine for four years after that, and have been practicing for six years," he said. "Just based on symptoms alone, even I can't always know what's an emergency and what's not. I need to see the patient, examine them, and even run some tests."

Heidt serves as the president of the Missouri College of Emergency Physicians, an advocacy group that has been fighting Anthem's ER policy.

Cutting Back on Avoidable ER Visits

When Anthem rolled out its ER policy in 2017, the company said it was trying to reduce the inappropriate use of hospital emergency departments.

In a statement to KOMU, Anthem said its goal "is to ensure access to high quality, affordable health care, and one of the ways to help achieve that goal is to encourage consumers to receive care in the most appropriate setting. For non-emergency health care needs, ERs are often a time-consuming place to receive care and in many instances, 10 times higher in cost than urgent care."

But Heidt said the overuse of the ER that insurers and politicians tend to decry is a misdiagnosis.

According to the "International Journal for Quality in Health Care", less than 5 percent of emergency department visits are avoidable.

"This policy won't just affect the health care decisions of that small percent of people misusing the ER," Heidt said. "It'll change the decision making process for anyone who's thinking about going to the ER."

He said it could have deadly consequences.

In May 2017, Anthem sent a letter to Missouri policyholders, warning them: "Save the ER for emergencies -Or you'll be responsible for the cost."

The letter offered other care alternatives to the ER, including urgent care and retail health clinics (i.e. clinics in supermarkets, pharmacies or stores).

Anthem also reminded policyholders of their access to LiveHealth Online and the 24/7 NurseLine, which they could use to obtain remote medical advice from on-call medical professionals.

Heidt said Anthem's policy is a step too far. He said co-pays are already a disincentive for insured patients to use the ER when another care option is appropriate and available.

The insurance co-pays are higher for emergency room care than for urgent care or primary care clinics, meaning most patients are already weighing a significant personal financial cost in their decision to seek care at the ER.

"If I were an Anthem policyholder, I would be particularly concerned about this, because this policy would expose me to the exact problem that individuals without health insurance have," he said.

In a 2017 study by Morning Consult, 4 in 10 adults reported they delayed or avoided seeking emergency care in the past two years, "fearing the cost of co-pays, co-insurance and deductibles." According to the study, nearly half of those who waited to seek care had their medical conditions worsen.

Dillon said the Anthem policy could have an even more pronounced influence on patients' decisions to self-diagnose and delay needed care.

The Heart of the Matter

One night in 2011, Christie Fain could tell something just wasn't right.

"It felt like a rubber band was snapping in my chest," she said.

Fain had none of the risk factors for a heart attack. She lived a healthy lifestyle, didn't smoke, and had no family history of heart disease.

But instead of shrugging off her symptoms, Fain decided to dial 911.

"On the ambulance ride to the hospital, the EMT was leaning over me and told me, 'You're not our typical heart attack patient,'" Fain said. "We were all surprised that I had a heart attack."

Fain was found to have had a 100 percent blockage of her circumflex artery. An emergency surgery helped save her life.

She said, in a situation like hers, it would be difficult for a patient to discern what's wrong without visiting the ER.

"Call 911, and let the doctor determine whether it's indigestion, or a heart attack or a dizzy spell," Fain said. "Don't leave it to your hands to make that determination."

But Anthem's policy doesn't give patients that choice—and that's the heart of the matter.

Because if it's not a heart attack (or another condition that Anthem considers "emergent"), the patient will be left to pay for the full cost of the visit.

That means, if a patient with an average level of medical knowledge, like Fain -thinks her symptoms and condition warrant an emergency visit, that visit should be covered.

Heidt said, under the standard, a company should consider a patient's symptoms, rather than his or her diagnosis, when making a decision about that patient's claim.

But Heidt said Anthem's policy inherently violates the idea of the standard, since the policy retroactively judges the claim by the diagnosis, not the symptoms.

Heidt said he reviews denied emergency claims for University Hospital. He cited a case where a patient was hit by a car, came in to the ER on a backboard with a neck collar, and received CAT scans and a full evaluation.

But, because the patient was not actually seriously hurt, their claim was initially denied by Anthem.

"Getting hit by a car, that seems like a pretty obvious reason someone would have gone to the emergency department," Heidt said.

A Change of Heart?

Earlier in 2018, Anthem debuted some revisions to its ER policy.

These exemptions will now be covered by Anthem:

Anthem has also said it will review ER claims it previously denied.

Their letter asks HHS to look into whether Anthem's ER policy hurts consumers and violates federal law and the prudent layperson standard.

Several bills intended to alter Anthem's policy are currently under consideration in the state legislature.

Senate Bill 928 and House Bill 2225, would reinforce the prudent layperson standard and require all ER claims to be reviewed by an emergency physician licensed to practice in the state of Missouri.

In the meantime, Heidt said if you're a patient who has been affected by the Anthem policy, you can lodge a complaint with the Missouri Department of Insurance.

Many serious emergency conditions, like heart attacks and strokes, have subtle symptoms.

A 2013 study in the Journal of the American Medical Association found that there can be as much as a 90 percent overlap in symptoms between medical emergencies and non-emergencies.

This infographic highlights some simple symptoms that could be signs that something is seriously wrong. 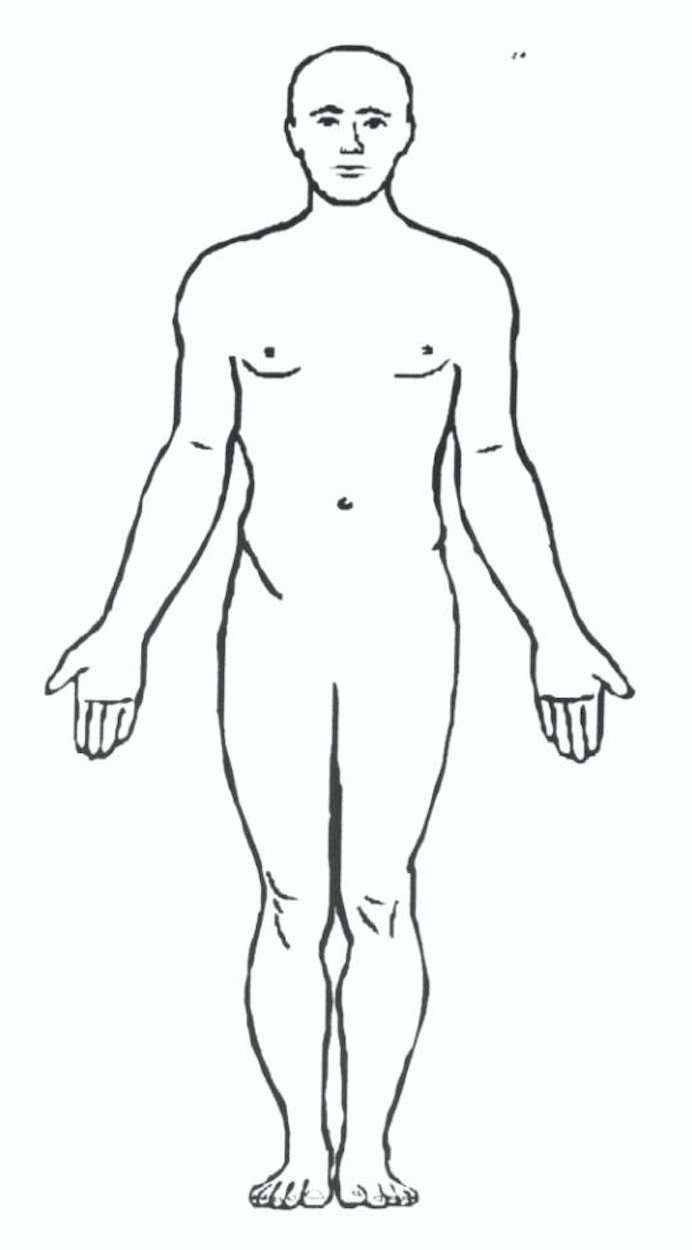