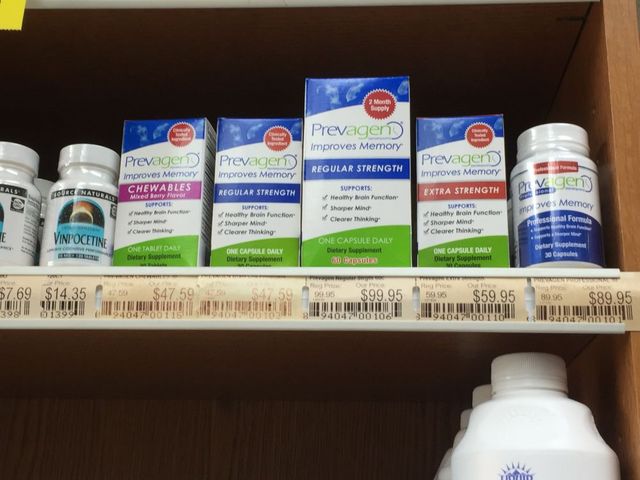 COLUMBIA - The FTC and New York's attorney general charged Quincy Bioscience, the maker of Prevagen, with fraud. The charge accuses Prevagen with making false and unsubstantiated claims. Prevagen is an over-the-counter supplement promoted as helping with memory loss and strengthen brain function.

The company says Prevagen is made up of jellyfish proteins and sells for between 40 to 90 dollars for a 90 day supply.

Dr. Joel Shenker, who specializes in neurology at the University of Missouri, says almost all of the patients he sees either have dementia or are worried they might. He said the jellyfish protein doesn't do what Quincy Bioscience says it does.

"The manner of which you’re getting it in this Prevagen product can’t work. What they’re claiming can’t be true," Shenker said.

Shenker said when you eat a protein your body is getting the amino acids not the protein itself just like when you arrange letters it creates a word.

The FTC says Prevagen has made more than $165 million on the pills so far.

Amelia Cottle is a caretaker for her husband Brian Cottle, who has Alzehiemer's disease.

Cottle said her husband has never tried Prevagen, but says the company knows exactly who to target.

Cottle said, once she found out about her husband's diagnosis, she tried many different things.

"From a personal stand point, doing what we could do and doing things that could try to help him. We tried dark juices and drank gallons and gallons of that," she said.

With an incurable disease like Alzheimer's, some people will turn to anything and the amount of Alzheimer cases continues to rise.

According to the Alzheimer's Association of Greater Missouri, more than 5 million Americans will be living with Alzheimer's by 2050, and the number could rise as high as 16 million.

Jessie Kwatamadia, an executive director for the Alzheimer's Association of Greater Missouri, said the disease is a health care crisis.

"The fact of the matter is, as long as you have a brain you are in danger of having Alzheimer’s disease," Kwatamadia said.

And mid-Missouri is no exception.

Shenker estimates about half the people with Alzheimer's disease are not being diagnosed.

"There are people who are walking around with symptomatic Alzheimer's disease. Some of these people are serving in political office, some are flying airplanes, some are practicing physicians, some are just regular ordinary folks going about their day appearing to do just fine cause they have routines and people have adapted to their routines" Shenker said.

KOMU 8 News went to grocery stores and pharmacies in Columbia and most stores didn't carry Prevagen.

However, a few did, and one store was even sold out of the pill at the time.

KOMU 8 News also reached out to Quincy Bioscience , which declined an interview due to a pending litigation. It did, however, send back a media fact sheet.

The sheet mentions the lawsuit against the FTC by stating:

"There is no alleged consumer harm that would require immediate action. Therefore, there is no reason for a short-staffed and lame-duck FTC to have brought this case now."

The sheet also points to Democrats, saying the case was authorized by two commissioners - both led by Democrats.

Since Prevagen is labeled as a supplement and not a drug, it is exempt from the FDA drug approval process and has looser restrictions.

The FTC lawsuit is asking for Prevagen customers to get their money back.

Though a pill won't cure memory problems that come with age, Shenker says there are some things to help your memory. But, he cautions that dementia and Alzheimer's disease are incurable and anyone can be affected.

Shenker says there are a couple of things known to be helpful in improving or maintaining brain function: