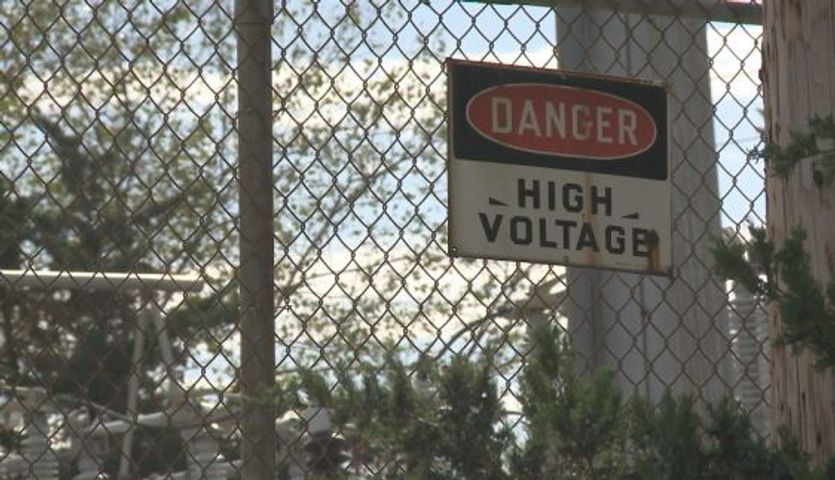 COLUMBIA - Parents of Mill Creek Elementary School students and neighbors feel left in the dark by the city of Columbia.

Since 2010 the city has been planning to place new power and transmission lines around the city to meet new federal standards. In 2013 the city council voted on a option that would place a transmission line across the street from Mill Creek Elementary School.

“I tend to pride myself on being informed and interested in the community. And I think that’s my biggest problem with this whole issue. Is that the vote was taken two years ago and virtually everyone that I talked to had no idea it was happening," said Carolyn Hawks, a concerned resident, and also the grandmother of a Mill Creek student.

Columbia Water and Light said as soon as it was decided that a project would happen, open houses were held in the neighborhoods where the lines would go.

“I think it’s just a matter of how involved and when, and how someone gets their news, when they heard about the project," said Connie Kacprowicz, Columbia Water and Light Spokesperson.

At these open houses, Kacprowicz said many concerns were brought to the table. One of those was health concerns.

“My biggest concern is that the public and stakeholders were not provided complete information on the adverse health effects of electromagnetic fields from high-voltage power lines," said Detelina Marinova, a Mill Creek parent.

Both Columbia Water and Light has its evidence, and so do the parents, saying transmission lines may or may not have adverse heath effects. But parents just don't want to take the risk.

In December of 2012 after two years of open houses and work sessions, Columbia Water and Light sent a survey out to all of Columbia requesting they choose one of two options presented for the route the new lines would be placed on.

Option B would run a 161 kilovolt line around city limits, mainly outlining Boone County. It would place a 69 kilovolt line at the Mill Creek substation, which it cannot currently handle for an extended period of time because it has almost reached its design capacity. Whereas Option A builds a brand new 161 kilovolt transmission line by Mill Creek Elementary School in order to account for the city's and surrounding areas' group electricity needs.

“Option A was the longer lasting of the two solutions," said Columbia Water and Light Assistant Director Ryan Williams. “The department wanted to recommend the solution that we wouldn’t have to turn around and begin the process of doing something in addition to Option B as soon as we got done with Option B.”

“I think the city has been guilty of omission. For instance, in the survey, the wording was vague and it said ‘transmission lines.’ Well, for me I’m thinking of the telephone pole outside my door. No, it’s a high voltage line," Hawks said. “It’s just not right. I think the city should be concerned about what’s best for the citizens and not the other way around.”

“We were really thoughtful and thorough in our decision-making, and listen to a lot of public testimony, and I still feel we made that correct decision," said Columbia City Councilman Michael Trapp.

Some Mill Creek parents want the city council to revote and choose Option B. But Trapp said it's essentially a done deal.

“For me it’s largely a settled issue," Trapp said.

Columbia Water and Light is also confident the transmission lines won't be harmful.

"The electromagnetic fields from this line will be much reduced because it’s so far away from people on the sidewalk. It’s up high in the air," said Water and Light Supervising Engineer Dan Clark.

Clark said the city created the plan based upon the Institute of Electrical and Electronics Engineers standards, and surpassed those standards.

“They clearly have surveyed the research associated with dangers, adverse affects that might come from electric and magnetic fields, and then set these maximum permissible limits with facts of safety in order to keep the public as safe as possible," Kovaleski said.

He also said that no matter where a person is, they are always going to be exposed to electromagnetic fields. So the parents of Mill Creek students should not be concerned.

“I would be happy with my kids playing on a playground near a power line. I wouldn’t want them climbing a tower or something like that. Grabbing the power line would be a terrible thing. But I’m not worried about the electrical magnetic fields near those power lines," Kovaleski said.

According to the National Institute of Environmental Health Sciences, current research suggests there is a weak association between electromagnetic fields and cancer. But continued research on the topic is essential.