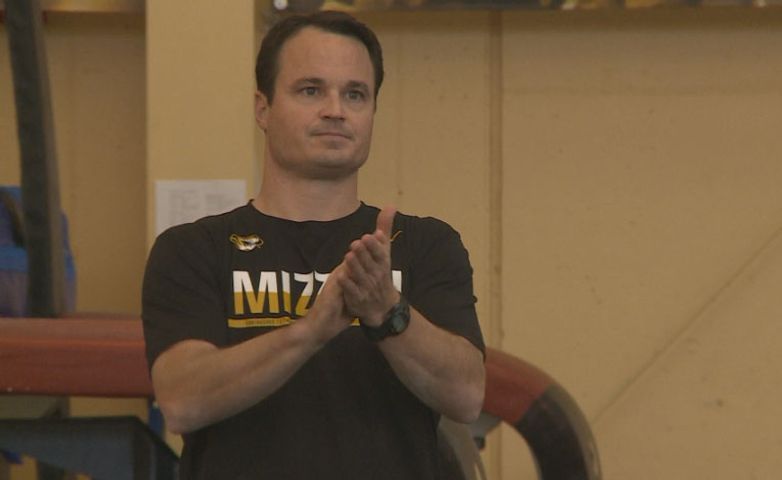 COLUMBIA - Since the end of the 2013-2014 season, eight Missouri gymnasts have left the team for non-injury concerns, which is one of the highest rates in the SEC during that time frame, according to public information.

The gymnastics team is also second in non-injury related departures among non-revenue women's sports at Missouri, according to data collected by KOMU 8 News.

KOMU 8 News has been comparing Missouri gymnastics rosters since the 2013-2014 season. That was the first season of head coach Shannon Welker. We've noticed that a high number of gymnasts with eligibility remaining would disappear from the roster for unclear reasons. We labeled these "non-injury related departures." To be considered for this statistic, an athlete had to have either transferred schools or left for unclear reasons. If an athlete left the team for reasons like career-ending injuries, academic issues or left the team but stayed as a manager, they were not included in this statistic.

Welker used phrases such as “pursuit of other interests” and “personal reasons” as reasons for those gymnasts leaving.

KOMU 8 News spoke to some of these former gymnasts, and they said Welker’s depictions of their departures aren’t necessarily true.

Yzaguirre can’t help but look back at the memories of her Missouri gymnastics career.

“When I visited Mizzou, there was something different about it. Everything just seemed right. It seemed like it was a place that was for me,” Yzaguirre said.

She performed in exhibition twice and once scored a 9.775 on beam. She said her coaches, especially Welker, took notice.

“He told me at one point last year that I had the potential to have one of the best beam routines in the NCAA.”

But Yzaguirre’s future in gymnastics changed in the summer of 2016 when she noticed an incorrect charge in her bank account in June.

According to court documents, the financial charge came from Morgan Porter, Yzaguirre's teammate on the gymnastics team. At first, Yzaguirre said, she couldn't believe Porter was connected with the charge.

“Like, there’s some kind of mistake. This couldn’t have happened. There was no part of me that actually thought it was her,” Yzaguirre said.

According to court documents, Yzaguirre and Porter were roommates the year prior. Yzaguirre said she believes that’s when Porter took her account information.

She said Porter was initially dismissive of the claims. From there, she said, she approached Welker.

“He told me that he wanted to have us handle this internally,” Yzaguirre said of the meeting.

As the summer passed by with little change on the situation, Yzaguirre switched her focus back to gymnastics. She was preparing to compete in the upcoming 2016-2017 season on the beam, where she said Welker had previously told her she would be featured.

However, Yzaguirre said her next meeting with Welker took an unexpected turn.

“We had another conversation and immediately, basically just told me that I was never going to compete, and he wasn't going to let me and if I wanted to do college gymnastics that I couldn't do it here at Mizzou. I was released from the team about two and a half weeks before school started, kind of leaving me without time to transfer,” Yzaguirre said.

Yzaguirre said she saw no other option but to file a police report.

Prosecutors then filed charges accusing Porter of misdemeanor Fraudulent Use of Credit/Debit Device over $500.00. Months later, Porter pleaded guilty to misdemeanor passing of a bad check.

Porter received probation and community service from the courts. She was given a small suspension by Missouri gymnastics and allowed back on the team, while Yzaguirre was removed.

“I feel like Shannon is working pretty hardly against me in this case. Morgan is probably the best one on the team, so I think he's fighting really hard for her,” Yzaguire said.

While athletes being removed from a team isn’t abnormal, especially when there are changes in coaches, former gymnasts say this situation is different.

Several former athletes told KOMU 8 News they had problems with Welker's coaching and saw issues no matter whether the woman was a walk on or a star athlete.

“I could see the way he treated other girls. I knew it wasn't right.” said Rachel Updike, an All-American gymnast who starred at Missouri from 2011-2014.

When Lark Pokladnik was on the team from 2013-2014, she said, she felt Welker created an uncomfortable environment for his team.

“There was not a day that I walked into the gym excited to be there. Every day I went in I was like, ‘What torture am I going to experience today?’” Pokladnik said.

For their first away meet at Alabama in 2013, she was told there wasn’t space on the flight; however, she said, she remembered an injured athlete and a team media person being taken instead of her.

“He was definitely intentionally trying to keep me out. Like, just to get me off the team. Just to say that there wasn't proof that I was contributing,” Pokladnik said.

Several athletes said once they were injured, Welker would either force them to compete or cast them aside. For former Missouri gymnast Jordyn Doherty she dealt with both situations as a Missouri gymnast from 2014-2015.

Doherty landed awkwardly at a scrimmage and tore ligaments in her foot. She said, even though her foot was black and blue and in a boot for a month, Welker didn’t relent.

Jordyn Doherty (right) is wearing a boot in this photo. She says coach Shannon Welker pushed her even while she nursed this injury.

“I was trying to get across to Shannon that ‘I can barely walk. Like I really need you to work with me here,’” Doherty said.

Athletes inside the gym said extreme pressure made them adopt harmful dieting habits. Doherty said the pressure pushed her to extreme lengths.

“I was going to the extent of taking laxatives and not eating. And when I was eating, I was eating celery, and I don’t like celery at all. But I was holding my nose just to get celery down just to get something in my body,” Doherty said.

A head coach can add or remove players at their discretion, but Welker’s approach left many athletes feeling without clear reasoning. Privacy laws and other collegiate athletics policies make it even more difficult for the media and general public to know what is happening inside programs.

Doherty didn’t compete in the 2014-2015 season because of her foot injury. She had made it to the end of year banquet, and she said the coaching staff spoke highly of her return.

“At the banquet in front of my friends, my family, my teammates, staff, [Coach Welker] said, ‘We’re so excited to have you, Jordyn, back. She’s gonna be a great aspect to the team when her foot is healed,’” Doherty said.

A few days later, Doherty said, she was called into Welker’s office where he told her she was removed from the team.

“There was no reason behind it. He said ‘I don’t have words. I don’t know what you want me to say,’” Doherty said.

In a phone call recorded by Doherty’s family, Doherty asked Welker why she was removed. Between long pauses, he mentioned that they didn’t see eye-to-eye on objectives and there was an issue with her attitude. His response ended with “You know, I don’t know what you want specifically on there.”

After competing in some anchor positions for MU, Pokladnik said, she was called into Welker’s office for end of year meetings where she learned she would no longer be on the team.

“He told me that I wasn't good enough, that I didn't try hard enough and that I wasn't a good fit for the team. You know how hard I work, you know what I came in here to do and everything you just said was not true. He had nothing to say. He basically sat there and almost nodded his head at me in agreement,” Pokladnik said.

Pokladnik said Welker told her she had a spot as a walk on, but Pokladnik declined the offer and transferred to Iowa State the following season.

Doherty and Pokladnik left the team following a decision from Welker, but Updike chose on her own to leave the team.

Updike - an All-American and one of MU’s most decorated gymnasts - walked away from the gymnastics team before her final senior season. She attempted to transfer schools after leaving the team, but Mizzou Athletics barred her request.

After she left, Welker said in interviews that Updike had “personal reasons” to leave.

“He knew why I wasn't on the team anymore. It was because I wouldn't sign that contract. That's the only reason why I wasn't there,” Updike said.

Updike said Welker attempted to have her sign a contract detailing the amount of events she would perform in during the gymnastics season. Updike could not provide KOMU 8 News with a copy of the contract.

When reflecting on their time at MU, all of the gymnast shared the same thought.

“There just has to be a change with the family aspect of it, and I don't know if he can do that,” Updike said.

Pokladnik said, “I remember a girl from my club team who was visiting Missouri for like an opportunity to go there and I remember like texting her and being like ‘Do not go there.'”

Yzaguirre said, “I would want to find a gymnastics program with a coach that I knew truly cared about me as a person and I don't think that that is found here with Coach Welker"

Nick Joos, Missouri's Senior Associate Athletic Director for Strategic Communications, said in an email to KOMU 8 News: “Our goal is to provide the best possible student-athlete experience, and we utilize a variety of scheduled and informal opportunities to gather feedback from our student-athletes.”

Despite being told the sources are named and on the record, Joos responded, "They are anonymous in the fact that they have not brought their concerns to the appropriate staff within the athletic department."

(Editors Note: This story was previously published with a reference to a contract involving Rachel Updike. KOMU 8 News added more information to explain the statement.)