TARGET 8: Missouri marijuana sentences dependent on where you live 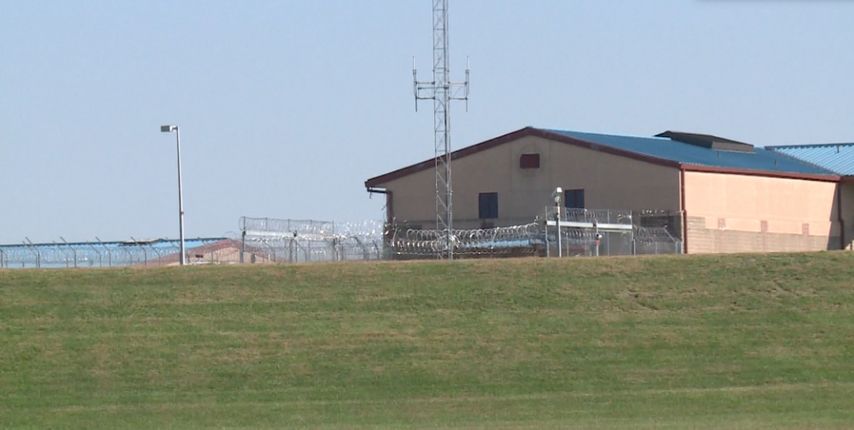 MARSHALL - When Delmer Thompson was arrested on marijuana-related charges, he didn't expect to face serious penalties. His expectations and reality did not match.

"Their first offer to me was 165 years in the Missouri Department of Corrections," Thompson said.

He was arrested after being caught selling less than a quarter ounce of marijuana on four separate occassions to the same person. What he did would have been classified as a Class B Felony in Missouri, but he sold the marijuana within 2,000 feet of a school, Missouri Valley College, making it a Class A Felony.

"They are creating a horrible disparity in the sentencing of people who are charged with an offense in an urban area, even a small town, versus outside of town," Viets said.

Don Stouffer, the Saline County prosecutor, the county in which Thompson was sentenced, said the 2,000 foot rule had political motivations; it originated during the War on Drugs in the 1980s. However, he said he uses the law to prosecute drug dealers and users in his county.

"That was a great idea if you’re a legislator running for office, but practically, it’s a good tool for us, it’s the law, so we use it. But, practically speaking, that could result in a 20-year-old kid or 25-year-old kid getting locked up for life," Stouffer said.

Based on the law, those kids are more likely to be black. According to an ACLU report, black people are nearly four times more likely to be arrested on marijuana charges despite roughly equal usage among black and white people. In Missouri, the 2,000 foot rule amplifies the disparity.

According to the Missouri Census Data Center, St. Louis and Jackson counties, the two most densely populated counties in the state, are nearly a quarter black. In rural areas, the black population rarely tops 10 percent. In Saline County, the black population is less than 7 percent black.

Urban areas are more likely to be close to schools, since there are more people and more schools within the same area as a rural town. So, those in urban areas, where the black population is higher, might receive a Class A Felony for something a person in a rural area would receive a Class B Felony for.

See the map below for an idea of how much of St. Louis County is within 2,000 feet of a public or private school.

Thompson said he thinks the problem could go beyond the 2,000 foot rule. He said he was profiled by law enforcement since he was in his teens.

He said that happened to him more than 50 times.

Thompson was charged with multiple Class A felonies because he was within a school zone. Had he been outside of one, he would have received Class B Felony charges. According to the Missouri Sentencing Assessment, 60 percent of Class B drug trafficking offenders serve probation, and no jail time.

"Handing a joint to someone for no money can be charged as a Class A Felony. A charge that carries a range of 10-30 years or life in prison without any possibility of ever receiving parole or probation. That is a sentence that is only imposed, generally, only for people who kill someone," Viets said.

Stouffer acknowledged there are problems with the 2,000 foot rule as it currently is applied to enforcement and sentencing in drug crimes.

"We had the war against crime, but when those statutes were passed, I think everybody pretty much understood there had to be a different way to fight illegal narcotics," Stouffer said.

However, he also said he uses the law to prevent kids, even college students, from being negatively affected by marijuana.

"If you’re dealing even marijuana on a college campus, I worry about all the people who drop out of school because they’re more interested in pot than they were getting grades," Stouffer said.

Thompson, at 17-years-old, dropped out of a college he was attending in Iowa. He said it was because his mom had lost her job after having to take off too much time to drive his brother to physical therapy following a car accident.

According to Thompson and Viets, failure to produce his transcripts from that college, which he had attended 10 years prior, was a key reason given for Thompson's eventual sentence: 12 years at the Missouri Western Department of Corrections.

"Most of my plans of being an architect are on the back burner now," Thompson said.

Stouffer said he worries these harsh drug laws could prevent more promising young people from ever reaching their dreams.

"With marijuana, there’s that, 'What do you do with the kid that’s going to be doctor?' But if he has that conviction, he’s not going to be a doctor in most cases," Stouffer said.

Beyond being more likely to be apprehended on marijuana charges and more likely to be sentenced to longer sentences in urban areas based on the 2,000 foot rule, black people in Missouri also serve longer prison sentences than their white counterparts, according to the Missouri Sentencing Assessment.

To try and correct the current law, Viets sat on a committee that adjusted the original 2,000 foot rule statute. While it changes the B Felony maximum quantity from five to 35 grams of marijuana for dealers, the new statute does not address the 2,000 foot rule; it will still be the law when the new statute takes effect on January 1.

Ultimately, any sentencing decision in a case comes down to a judge. While those in urban and more highly populated areas may be prone to higher sentences based on the law, the judge's discretion can create a disparity in sentences for people committing similar crimes.

"[Others who got caught] had been apprehended with way more than what I had just gotten caught with, and they had drugs. Like, not just marijuana, but drugs, things that could harm people, things that people could overdose from and die. [They got] six years. So I’m like ‘He got six, he had pounds of that and that’s it. Oh, I’m cool, I know I’m going to get probation.’ I got 12 years," Thompson said.

Viets said he has seen judges and prosecutors talking amongst themselves about who can be tougher on crime.

"I’ve seen judges and prosecutors compete with each other to see who can be meaner, who can be tougher. Which means, who will be crazy enough to inflict the longer sentence?" Viets said.

Stouffer said his prosecuting office can have a set of guidelines for what it wants in sentencing, but if the judge doesn't agree with a sentencing suggestion the prosecution gives, there isn't a lot they can do about it.

While he believes he deserved a lighter sentence, Thompson said he has learned a valuable lesson from his experience dealing; both about marijuana and with the consequences of his actions.