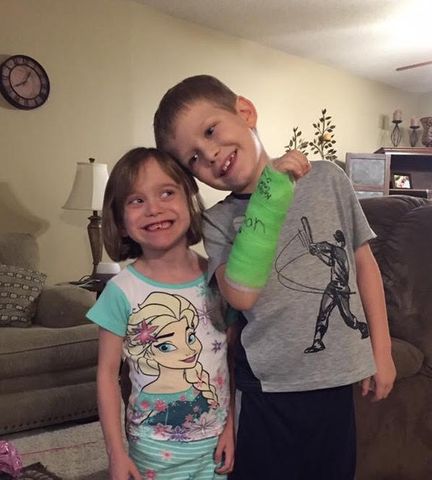 COLUMBIA — It’s back to school time, but during the summer, it’s a constant chess match for parents. The big question: where to put your kids during the work day. It’s safe to say summer camps are a staple in most households.

But, you may not realize summer camps in the state of Missouri don’t have to be licensed and do not require criminal background checks. Summer day camps don’t face the same regulations other childcare facilities face. It’s an issue that caught the attention of one Columbia family, the Gelnars.

Kelley and Dwaine Gelnar ran into a childcare problem during the summer and decided to put their kids in a gymnastics day camp. Unfortunately, their seven-year-old son Ethan was injured while playing.

“I needed childcare just for one day… it was highly recommended, it was inexpensive and it looked like it would be really fun,” said Kelley Gelnar. Ethan’s dad, Dwaine said, “They said Ethan had been feeling bad all afternoon and he had taken a nap. When I walked in, he was laying down and he looked pretty miserable. So, we took him to the hospital. Docs determined he had a severe concussion and a fractured wrist -- two bones fractured in his wrist.”

The Gelnars said they understand accidents can happen anywhere. But, they took issue with the fact they weren’t notified immediately of their son’s injuries.

The Department of Social Services Children’s Division found the camp where Ethan was hurt, not guilty of any wrongdoing. However, the owner explained she’s personally implemented changes the agent suggested. She said her staff now attend twice-daily meetings to go over safety protocol. Also, they give parents a handout detailing the day’s activities and a detailed explanation of how to communicate in case of an emergency. The owner made these changes even though she isn’t required to do so by law.

Summer camps in the state of Missouri are exempt from needing licenses as long as the summer camp is “conducted in good faith primarily to provide education, recreation… for children.”

Representative Stephen Webber, a Democrat from Columbia, is working with the Gelnars and wants to change the lack of oversight, but wouldn’t go as far as regulating camps in the same way as daycare facilities.

Webber said, “I think initially the legislature wanted to keep summer camps accessible. I mean it’s important that children have access to summer camps. So, I think the idea was accessibility. What we’re saying is that accessibility should probably be balanced with making sure children are safe.”

He plans to propose legislation when the next session starts in January. “I would like to propose some legislation so that parents have some degree of comfort when sending children to summer camps,” Webber said.

He said he thinks it’s important “that there’s somebody around who has some degree of medical training, that the ratio of children to adults is something reasonable.”

If you’d like to read the statute that exempts summer camps from licenses, you can find a link right here. http://www.moga.mo.gov/mostatutes/stathtml/21000002111.html

Missouri is one of only eleven states in the country that doesn’t require licenses for day camps.

Here’s the breakdown from the American Camp Association: