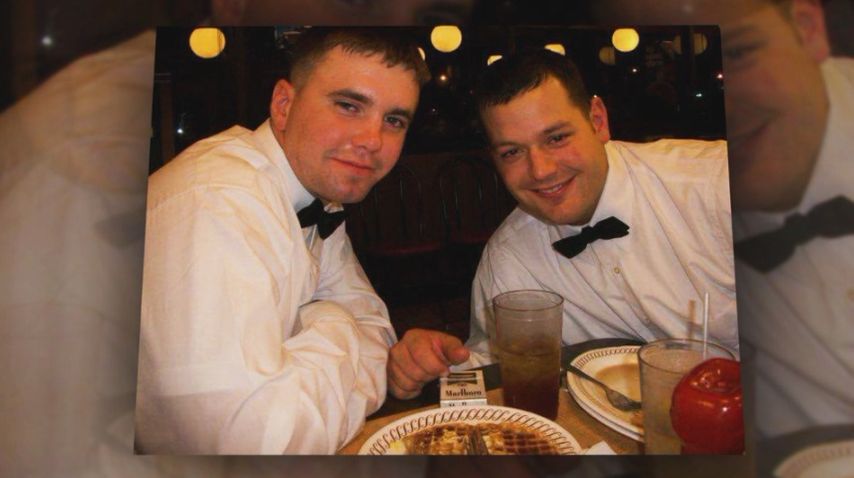 COLUMBIA - The man accused of shooting and killing an Army vet during a fight in a north Columbia home last month hasn't been arrested. Friends of the man left dead in the fight say the man who they say fired the gun should be held accountable for their friend's death. According to them, his criminal history shows he poses a threat to the public.

28-year-old Cameron Caruthers died May 22 when he and Ricky Gurley got into some kind of confrontation at a home on Dawn Ridge Drive.

Caruthers lived at the house on and off with his girlfriend, according to friends. Gurley also lived there.

Mike Francis, a friend of Caruthers', said Caruthers was not living at the home on May 22, but he went to the house to get several sentimental items, while in the middle of a fight with his girlfriend.

When he showed up, Francis said, Caruthers and Gurley started fighting.

"Rick had pulled a shotgun out," Francis said. "You know [Caruthers] had his hands in the air, he said, 'What are you gonna do? Are you gonna shoot me, Rick?'"

According to friends, that's exactly what Ricky Gurley did.

Gurley's lawyer, Stephen Wyse, corroborated that in a call with KOMU 8 News a few says after the shooting. He said the shooting was not a criminal act.

"I believe the use of force was, was justified," Wyse said. "There was a recording of the event as it was occurring that was provided to the police. After, you know, listening to that recording, the police made the determination that an arrest was not appropriate."

Wyse added that Caruthers' was told several times to leave and that he was regarded as a threat.

Gurley was questioned and released, but according to friends, his criminal record should be enough to get him behind bars.

While his record as a felon makes it illegal for him to carry a firearm, at least three sworn affidavits provided to KOMU 8 News say Gurley has at least one gun. One person said Gurley stated he had the, "right to protect his home regardless of his felon status."

That same person, as well as two others, said they saw a gun in Gurley's home.

Gurley has also earned a reputation as an abusive stalker.

According to a 2013 protection order, Gurley stalked and harassed a woman who used to work for him. She said, at one point, he called her 13-year-old son's cell phone and said, "You're gonna die broke, b****."

Gurley is accused, on numerous occasions, of threatening to hurt people or ruin people's lives. Court documents included archived emails which were strewn with offensive words and vague threats.

Police records provided to KOMU 8 News show officers were dispatched to Gurley's home between one and four times every year between 2010 & 2016. In 2017, that number jumped to 20, seven before the May 22 shooting.

When KOMU 8 News asked Gurley's lawyer about the frequent visits from police, Wyse said, "I'm not gonna comment on that."

But for Caruthers' friends, Gurley's extensive record speaks volumes about his behavior.

Michelle Walcott, a friend of Caruthers', said, "I feel like this could have been prevented if [Gurley] had already been in jail."

Francis and others want the Columbia Police Department to arrest Gurley, if for nothing else, on a weapons charge.

"This guy is, this guy is a nuisance to the public!" Francis said. "He's disgusting!"

Francis said he worries the Columbia Police Department is working to make a bigger case against Gurley than a simple gun charge before they arrest him. But, he worries that there could be a dangerous man on the streets in the meantime.

"If anybody else would have done this, you know, yeah, cool, build a case on it," Francis said. "But this guy? Stick him in a cell!"

When asked if that was the case, Larimer said she wasn't at liberty to speculate about what the investigators might be working on.

The Columbia Police Department also would not say if anyone else was under investigation.

Walcott said, "Rick Gurley's really the only one that I think was at fault in this."

Friends hold vigil for fallen Army vet, call for arrest in his death