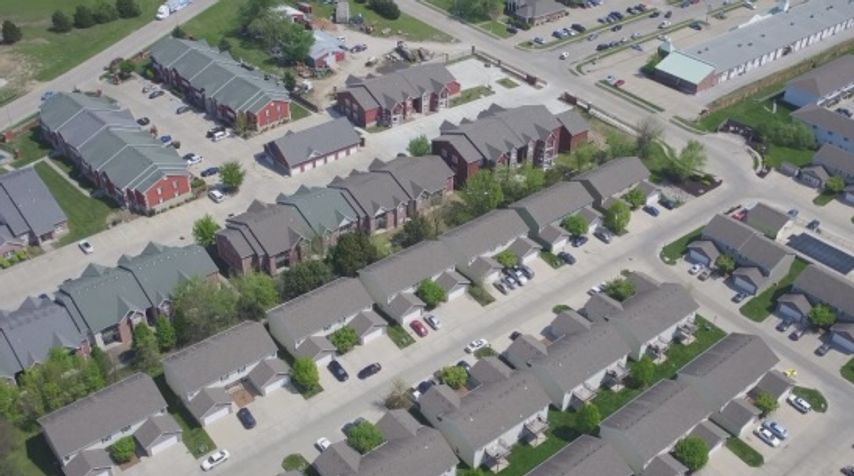 COLUMBIA - Some residents in north Columbia claim the Columbia Police Department responds too heavily to shots heard calls, giving the north side of town a worse reputation than it deserves.

The Target 8 Investigative Team requested a year’s worth of data from Joint Communications for the period of October 2015 to October 2016 to see how many units were sent to shots heard calls in different parts of Columbia.

CPD said many factors contribute to the number of units sent to a particular call, like the area's crime history, how many people have called in to report the shots heard and concern for officer safety.

"We may respond with a higher presence than we would, you know, to an area where there isn't a concern that there may be some hostility toward our officers there," Bryana Larimer, the department's public information officer, said.

Traci Wilson-Kleekamp, an advocate for community policing, is critical of the department's decisions.

"In their mind, they associate black people with being dangerous, and that's why they're sending the five cars," she said. "They're not saying that, but that's what they're doing."

Police sent an average of three and a half units to a shots heard calls in that year, regardless of where the call came from. Some calls received many more units than that, sometimes double and triple the average.

"On these calls, you typically will see our officers, at least two of them, respond to a call for service, like this," Larimer said. "But it's also gonna be up to the supervisor's discretion."

Out of the 341 shots heard calls in the year, 42 received at least seven units, which is double the average number. 37 of those calls were in north Columbia. That's 88 percent.

CPD sent triple the average number of units, at least 11 units, to shots heard calls on 12 different occasions during the year. All 12 of those were in north Columbia.

Wilson-Kleekamp said, "We don't need you to send the military in. You don't send them over to the south side for that."

The department said it's better to be over-prepared for shots heard calls than it is to be under-prepared.

"We will allocate as many resources as we need in order to keep everyone safe," Larimer said.

Role of socioeconomic status and demographics

The Target 8 Investigative Team talked to many residents who agreed, saying a heavier police presence harms the north side - which is already racially and economically disadvantaged.

The city of Columbia compiles data to show income levels relative to each part of town, by ward. Although the city divides wards differently than the city divides police beats, there are similar boundaries that divide north and south Columbia.

The city's data show residents in south wards make significantly more money on average than residents on the north side.

"Obviously there's more money on the north side than on the south side," Wilson-Kleekamp said.

This information is consistent with data the Target 8 Investigative Team compiled to create this map based on census data:

Although the department insists it doesn't respond differently to neighborhoods, the department's website said it created the police beat map in 2009, to start geographic policing.

"Officers worked to get to know the neighbors of their beats and understand what problems or concerns the residents had," the website said. "Shortly after this model was introduced, CPD expanded the approach and assigned two officers to Douglass Park, a known “hotspot” for calls for service and/or criminal activity in the City of Columbia. These two officers worked diligently to build relationships with residents in the area which proved valuable as calls for service to the area soon decreased."

The website said, "By October 2015, City Council selected three neighborhoods to focus resources on as part of the 2015 Strategic Plan."

Wilson-Kleekamp challenged the department to not only expand its geographic policing program, but also to change its philosophy: "What are you going to do to change the mindset of your department so it's a guardian mindset? So that when poor people in this community have an issue they're respected as much as people who have money? So that you're not seeing brown people and black people as criminals because they're poor?"

Some other families in the northern part of Columbia told the Target 8 Investigative Team they are happy with current policing in Columbia. They said they appreciate any number of units sent to a scene to potentially protect their children.