TARGET 8: Residents of mobile home park don't know if their water is clean 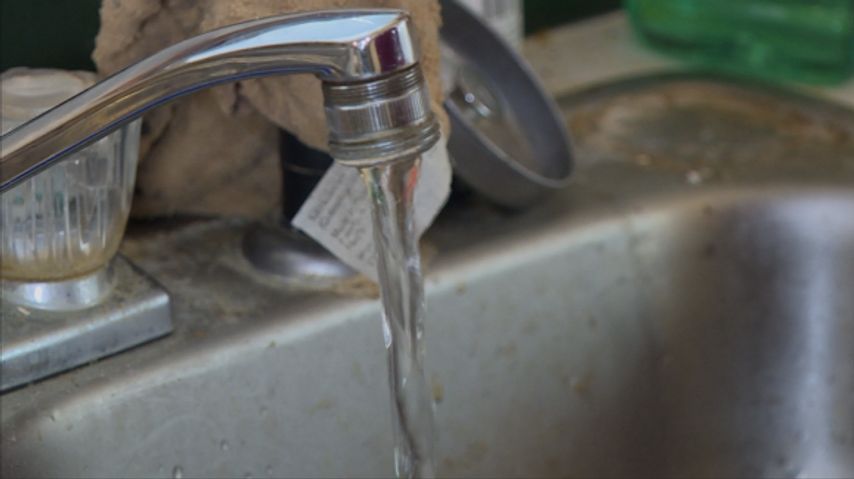 PETTIS COUNTY - Tom Belsha has lived on Crestview Drive for twenty years. He has been questioning the quality of his water for 10.

"I don't drink it. I only drink bottled water and I boil water that I'm going to cook with," he said.

Records show Crestview Mobile Home Park has a record of not testing its water system. Belsha said, for all he knows, he could be drinking garbage.

"It should be called Trash View Drive, not Crestview Drive," he said.

The park is privately-owned and a self-contained water system. Therefore, the Department of Natural Resources has no way to force it to test its water. All the department can do is continue to encourage management, help with financial assistance if needed and reach out to the attorney general for enforcement.

The Safe Water Drinking Act. It requires monitoring once a month and maximum contaminant levels.

According to data from the Department of Natural Resources, Crestview Mobile Home Park has only tested twice this year. Both of those times, the sample was only collected because staff from the the department went to the site. Responsibility for testing lies on the property management.

Todd Eichholz, environmental specialist with the department, said every water system in Missouri tests monthly for bacteria to determine if the water is safe or not, but Crestview has struggled to sample its water.

"It's basically related to the technical and financial capability of that water system, so they have been in perpetual non-compliance and, you know, there has been some formal encouragement action to try to get them into compliance," he said.

Eichholz said trained officials simply take a sample of 100 milliliters from the tap and send it into a lab for results, which come in about a week.

Crestview would have to hire such an official, who would drop off and pick a kit at The Pettis County Health Department. County records match the Department of Natural Resource's, showing the last time Crestview sampled its water was in June.

Vickie Shackles, who is listed as Crestview's administrative contact on department data, said she tests the water regularly and has the records to prove it.

However, when asked to share her documentation and comment, she declined. Belsha said he is not surprised.

"See, that tells you about how honest they are right there. That's why I don't believe them," Belsha said. "I don't believe anything anybody says out here unless they can prove it."

He shared documents, dating back to 2009, showing he has reached out to the prosecuting attorney, the sheriff, the Department of Natural Recourses and then-Attorney General Chris Koster.

Documentation from Koster's office said it wanted to work with the property and implored it to legally become a part of a home owner's association. However, Crestview still is not a legal member of an HOA and remains a chronic monitoring violator in 2018.

Current Attorney General Josh Hawley's office did not respond to inquires about Crestview.

The Department of Natural Resources can't do much more than notify the attorney general, but Eichholz said Missouri water is clean for the most part.

"From the standpoint of how often a sample is positive for E Coli and such, it's very rare. So we have very safe water," Eichholz said. "But, at the same time, we do have to prove it. Perpetual non-compliance is not an option."

Belsha said he is concerned about not knowing if or when the water is safe to drink and wonders if it has made people sick. He said he doubts there will be change.

"I just gave up on it," he said. "I don't care anymore. I'm surprised to see you, somebody that cares."