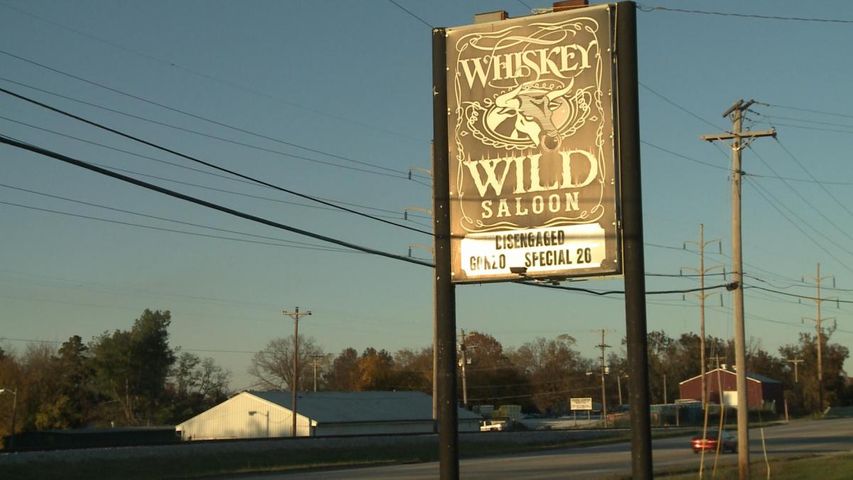 COLUMBIA - A local business is shut down, and former employees say they're still owed money. In court, the business owner is also accused of failing to pay the entire purchase price to own assets in the building.

Whiskey Wild Saloon, a bar with live country music, officially closed down in October leaving employees without a job, but some of the employees already left by choice. Employees said there were many issues with getting paid right, on time, or even at all.

The business owner, Ben Bradley, who is also the owner of Columbia Party Bus, is accused of getting into financial trouble, liquidating and selling items in the buiding that he does not own.

Amie Burke has been the cleaning lady at Whiskey Wild Saloon for four years. In addition to cleaning, she helped run errands and help managers. When Bradley took the job, Burke said he started hiring more employees than he needed, and it all went down hill from there. She said she witnessed him paying the first partial deposit to become owner.

"He paid half of it upfront it was in cash, is that not weird? I was walking by the office, and I saw them counting stacks of cash out," Burke said.

Burke was accustomed to getting paid once a week as the previous owner Chad Martin had done. She said Bradley would only pay her in small increments at a time. She said one time he paid her $110 all in quarters.

"He pulled out a bag of quarters already rolled out of the vault," Burke said.

Burke said Bradley still owes her at least $600 for work she had done.

"I finally went to Ben and said, 'I want money. I need it, my car's messed up he even knew that.' So once again I kept getting increments and the most I finally got, finally was $400," Burke said. "He had no money. I told him if you don't have the money you need to tell us now, but he always had some excuse."

Martin was the previous business owner for four years and is suing Bradley for not paying the rest of the money he owes him to legally own the business. Martin says Bradley only paid him $150,000 back in May, which is not the full amount the contract stated. Court documents say Bradley still owes Martin $100,000.

James Cavanaugh, the previous floor manager, said he did not stick around long when Bradley started.

"Ben had me fooled for a short amount of time, but I learned real quick. He (Chad) would take really good care of his employees. They would all get paid, and his checks would not bounce. Where as with Ben the first check he gave me bounced. I only got a part of what the money is that he owes me," Cavanaugh said.

Cavanaugh said it took a long time for workers to catch on.

"I'm glad they finally caught on, but it's a shame it took as long as it did. We tried telling them what was going on, but he's a very convincing liar. He was lying to everyone, and all those lies are starting to come out now," Cavanaugh said.

Court documents also say that Bradley was not allowed to sell anything in the building, but employees said he was selling items to get money, including the well-known mechanical bull.

Cavanuagh said he is owed money but said right now there are much bigger issues than just himself.

"So Chad is still owed the money. I don't know how he's going to get that back because apparently Ben owes everyone money," Burke said.

"I would like to have Whiskey Wild back, but once again you can't go back in the past. If anyone could do it I think that Chad could possibility revive that name, but it's going to be a lot of work because it got ruined quick. It took Chad four years to build it, and it took Ben seven months to tear it down," Cavanaugh said.

Burke said she would go back to work in a heartbeat.

"I left, I knew I wouldn't get my money back. I don't think Whiskey Wild will go away too many people love that place. I want that family back," Burke said.

Ben Bradley declined an interview at this time, but said all employees are paid for except one time card despute.

A court date for the case between Bradley and Martin is set for Monday, November 10.