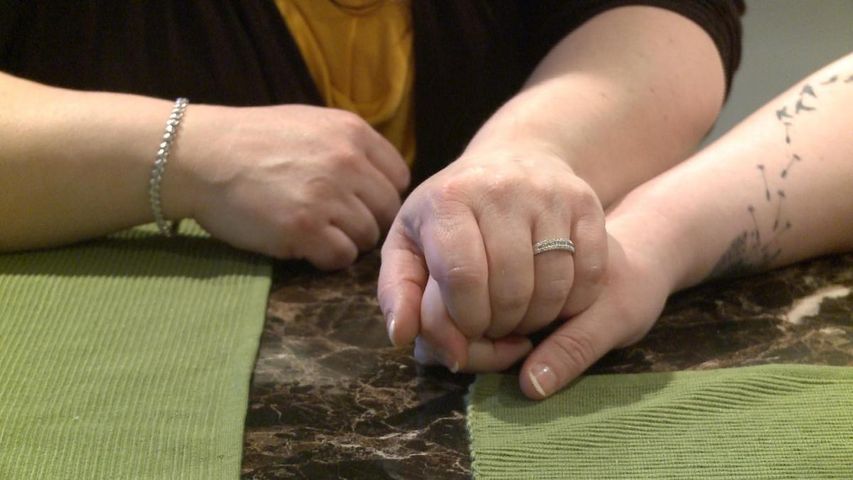 COLUMBIA - Gloria Rosario and Amanda Kenuam waited for years to get married in Columbia. But same-sex marriage is not legal in the place they call home. Two weeks ago, the couple got married in Jackson County, Kansas City, so that their daughter could see her parents married before she left for college.

Their honeymoon period ended yesterday when they were refused a corrected social security card.

"It opened up a big can of worry for me," Amanda Kenuam said.

She and Rosario went in with the sole intention of getting Kenuam's name changed. "I wasn't asking for any type of benefits that I would be awarded for have being married, simply just wanted to change my name," Kenuam said. "It is just something that makes my family feel more unified."

Same-sex marriage is not legal in Boone County, but according to the Social Security Administration, same-sex couples married in a different state can change the name on their social security cards.

Kenuam said she was met with hostility Tuesday. She said the Columbia social security office supervisor called the marriage license she presented an illegal document. She asked for the manager and was told the manager is not "privvy" to same-sex issues.

"It was alarming to me especially consider that, you know, that this document does exist on the federal page," Kenuam said. She said security then escorted her out, "intimidating" her until they left the parking lot.

While the couple could drive to St. Louis or Kansas City to get Kenuam's name changed, Kenuam said she feels she shouldn't have to.

"I don't feel like laying down to this fight," Kenuam said.

Kenuam and Rosario reached out to the Human Rights Commission and to KOMU 8 News Tuesday.

KOMU 8 is waiting for a response from the social security office and will talk to the Boone County Courthouse.