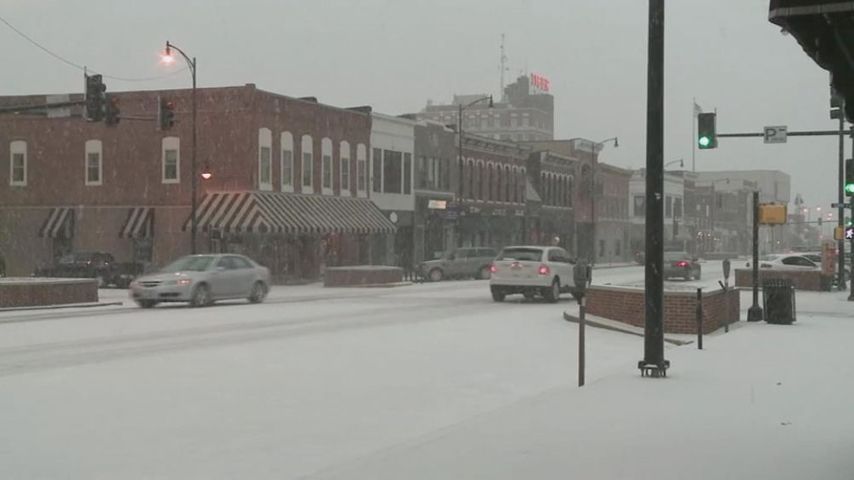 BOONVILLE - It's almost that time of year again. Students across mid-Missouri will anxiously wait to see if they get any snow days this school year. But are students getting more days off for less snow?

To find the answer to that question, KOMU 8 News went through more than a decade worth of statewide school closing data from the Department of Elementary and Secondary Education.

On top of that, we also looked at snowfall totals for the Columbia area. Measurements came from the National Weather Service.

The area has experienced more significant snowfall in recent years compared to about 10 years ago, and as a result, districts have canceled more times in those years.

Trends from the districts show the numbers of days off correlates very closely to the amount of snow that falls each year. That goes against the argument that schools are canceling more for less snow.

Either way, students and teachers alike said they get excited for the possibility of snow days every school year. Boonville sixth grade teacher Abby Arnette said she enjoys having that shared experience with her students.

She said students are suprised to hear their teachers once looked forward to snow days, too.

"They love to hear your snow day stories of waking up and having a blizzard," Arnette said.

Boonville's number of snow days has stayed fairly consistent with Columbia's over the past decade. What many don't know about is how the decision to declare a snow day is made.

Michelle Baumstark, of Columbia Public Schools, said the process of shutting down the district for the day is complex. Teams of people go out to determine whether the conditions are safe for students and staff to make it in.

"There's a lot that goes into it," Baumstark said. "It's not simply a yes or no decision."

In response to those who might complain about local districts canceling classes for the day, Baumstark said complaints do not affect CPS.

"It will always be about safety, and we're going to stick by that," she said.

Baumstark also told KOMU 8 News the district remains proactive by looking at forecasts ahead of time in order to best determine whether schools should close.

Gewecke said it's important to follow the forecast closely during the winter because of how many people rough weather can affect.

As mid-Missouri makes its way toward winter, Arnette said teachers can be just as anxious as students to get the occasional day off.

"We love school, and we love teaching kids, but sometimes we look forward to it, too."