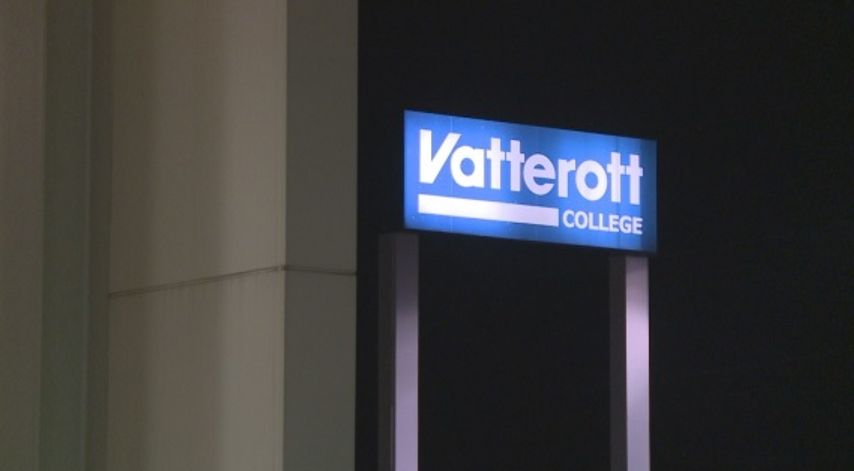 ST. LOUIS - New college affordability data reveals students who attended for-profit institutions in Missouri are struggling to pay back debt they incurred while in school.

Federal loan repayment rates: out with the old, in with the new.

Target 8 analyzed a new College Scorecard Dataset from the National Institute for Computer-Assisted Reporting at the University of Missouri. The College Scorecard system is a new federal assessment tool for the public and uses a measurement, called the loan repayment rate, to determine affordability of colleges across the country.

The repayment rate measures the percentage of students who received federal aid during their time in college who are making progress on repaying those loans 3 years after leaving school.

Nicholas Prewett, University of Missouri Director of Financial Aid, said the repayment rate is a good measurement for prospective students to look at when choosing a school.

"I would be very hesitant to direct a student to a school that has a low repayment rate because obviously that means that they're either taking out substantial amounts of debt or larger amounts of debt than what their jobs can actually repay after education," Prewett said. "That's a big concern for me as a financial aid person."

Prewett said the best way to avoid getting in this kind of debt is to know your financial aid limits and have constant communication with your school's financial aid department.

"You know each student has individual family factors and income factors that may cause them to borrow more. When we sit down with students we really want to focus on how much aid they need to complete their college education, and then what their projected salary or income is going to be when they graduate," he said. "Our basic rule of thumb is we don't want students to borrow more in student loans than they're going to earn in the first year after they graduate."

The previous benchmark to measure how colleges performed with federal aid money was the loan default rate. The U.S. Department of Education tracked the number of students who defaulted on student loans within 3 years of beginning to pay for them.

In 2010, the U.S. Senate Committee on Health, Education, Labor and Pensions released the results of a 2-year investigation into the practices of 30 for-profit education companies. The report was done out of concern that for-profit higher education institutions were not abiding by federal guidelines regarding federal loans and student default rates.

For-profit education companies are subject to two key regulatory provisions. The first is no more than 90 percent of revenues at the institution can come from federal aid payments. The second requires no more than 25 percent of students default on their loans within 3 years of entering repayment.

The 2010 report also brought up concerns that reported default rates of the 30 schools significantly under-counted the actual number of students who ultimately faced default, because of companies' efforts to place students in deferments and forbearances.

The report explained when a student is in forbearance their loan balances continue to grow as the result of accumulating interest, but default is averted both for the student and the company.

"For many students forbearance and deferment serve only to delay default beyond the 3-year measurement period the Department of Education uses to track defaults," the report said.

"Let's say you have a student who isn't making payments on their loan. One way to get them out of a default rate is to maybe encourage them to pursue a different kind of repayment option: either securing a forbearance, or pay as you earn type payment plans," Prewett said. "So, the student still has the debt, they're just not making payments on it."

An excerpt from the report on Vatterott Educational Holdings noted the company had experienced steady enrollment growth, but with that growth came concerns.

"The company's high rates of student loan default calls into question whether Vatterott students are receiving an education that affords them the ability to repay the debt incurred,“ the report said.

Over the last 3 years, consumers have filed 17 complaints on the St. Louis location's page, seven this past year.

The complaints range from issues with billing to issues with product delivery, but a common theme among complaint details was that the school gave students a false sense of the quality of education they would be recieving.

One former Vatterott student, Jai Will, said it seemed expensive for what he got out of the program.

"I thought they were going to go more in depth on, hands on and get certifications and things like that, so most of it wasn't that great," Will said.

Vatterott Educational Holdings, Inc. reported a 28 percent repayment rate at the seven campus locations in Missouri, which was the third overall lowest repayment rate in the state.

KOMU 8 News reached out to Vatterott several times, and no one has returned phone calls.

The Target 8 team picked through hundreds of pieces of data on student loan debt and repayment. For more information on who owes the most after college and an interactive map of every school in Missouri, click here.