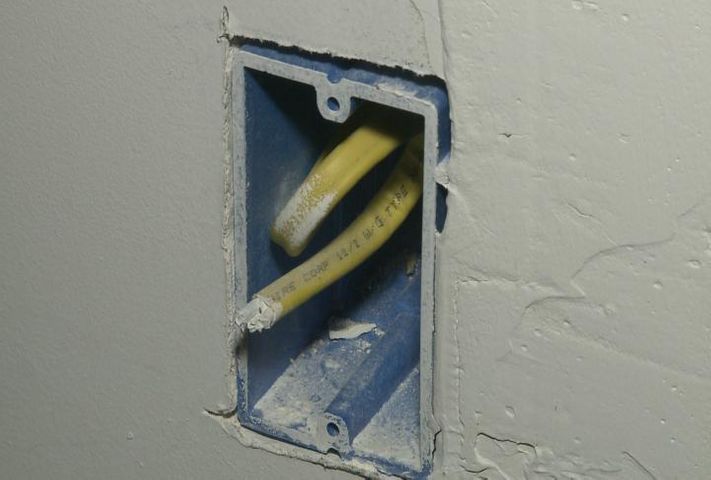 ROLLA - In any landlord-tenant dispute, there are two clear expectations: timely rent payments by the tenant and the providing of habitable conditions by the landlord.

Not living up to those expectations can lead to conflict or, as one dispute in Phelps County shows, can spark an expensive and lengthy legal showdown.

For the past year and half, tenant Rani Abston said she has been paying rent for a house on Springhill Drive she calls "uninhabitable."

"It's fearful to live here," Abston said. "When a person rents a home, they shouldn't have to be taking a gamble with their safety."

In a 2014 inspection report, home inspector Patrick Carter found issues, including live and exposed electrical wires in the basement and a heating system unable to fully heat the home without the use of a wood-burning stove. Carter made more than 17 separate recommendations in the report.

He said, after the February 2014 inspection, he visited the home months later and was troubled to learn that the landlord hadn't addressed any of the serious issues brought up in the report.

"I can expect a little oversight," Carter said. "But, to totally ignore the safety and the danger to the children, having had it pointed out, that's irresponsible."

Abston said she made numerous attempts to contact her landlord, John Bramer, about scheduling the necessary repairs, but she said she didn't have much luck so she stopped paying rent.

Bramer issued an eviction order, but Abston did not move.

A judge later found in of Bramer and Abston was ordered to pay double the amount of monthly rent, going from $1400 to $2800 in what's known as an "unlawful detainer" charge.

Abston's attorney, Erika Wentzel, said the unlawful detainer charge should have been dismissed.

"The notice isn't effective in terminating the lease," Wentzel said. "It should have been hand-delivered rather than posted."

Wentzel said the notice gave Abston less than 48 hours to move out of the property; however, Missouri law requires a 10-day notice.

A judge granted her motion for a new trial based on her claims that the eviction notice wasn't properly filed and the lease was improperly terminated.

KOMU 8 News contacted Bramer to ask about the issues with the home, but got a message saying the line wasn't accepting calls.

Bramer's attorney, Tyce Smith, said he wouldn't comment on the wiring issues. He said he wasn't aware of the full extent of the issue.

A bill currently working its way through the Missouri legislature would allow circuit courts to establish a seperate system for the hearing of landlord-tenant disputes. The bill would essentially help in speeding up the court process in such cases.

Lawmakers continue to make changes to wording in the bill. It's still not clear it could go before a House vote.

Bill would speed up court process in landlord-tenant disputes