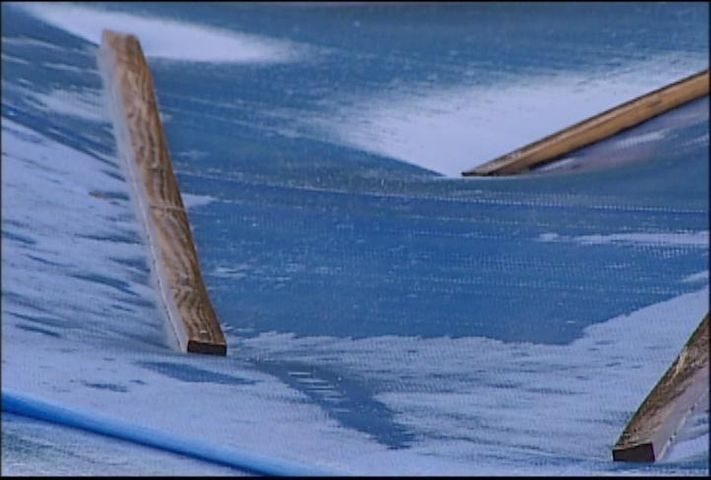 JEFFERSON CITY - The Missouri Attorney General filed criminal charges against three men accused of scamming Missourians out of more than $650,000.

"It was within weeks of the storms coming through when people started realizing 'these people are putting me off'," Bindbeutel said.  "And they're really good at putting people off...'we're having some trouble with our suppliers, the shingles are in short supply...' There were always these colorable statements."

Bindbeutel said the men did some work to keep law enforcement and the authorities at bay, but it was a few weeks after those storms where no more orders were being placed, no more roofs being done and no one was answering the phone.

The attorney general's office says American Shingle completed some work to keep consumers and law enforcement but after a few weeks, no more orders were being placed and the phones were turned off.

"It is a very impressive entrapment of leading consumers to believe that you were being assisted through a very complicated process and was going to help you, and then once you get to the end of the process you handed them your money, and you never saw them again," Bindbeutel said.

KOMU 8 spoke with one Cole County victim who said he got scammed by American Shingle. He said they had what appeared to be legitimate documentation and expected deadlines.

Bindbeutel said this isn't the first time he's seen this type of scamming in Missouri. He said these types weather-centric scammers are called "storm chasers", companies that take advantage of homeowners' damaged homes in the aftermath of a big storm.

"They went to people's homes after very serious of thunderstorms, where people had structural damage," Bindbeutel said. "They would talk about repairing roofs, high quality work, immediate repairs, they go over the forms, talk to your insurance companies, got you to sign forms....and it turns out, they got your insurance check and walked away, doing no work on your roof."

Missouri isn't the only state prosecutors say has been victimized by American Shingle. The attorney general's office says a half dozen states are also taking legal action against these three men.

"North and South Carolina, Kentucky, Ohio, Florida, Georgia, Missouri, they had this down to an art, and each one of those states is taking legal action against these folks," Bindbeutel said.

The Missouri Attorney General's office said it wants Missourians to be aware of scammers during the upcoming spring season. There are a few tips they want to make homeowners aware of.

• Don't give 100 percent of payment for home improvement, upfront, and first payment should be no more than one third of the total cost.
• Get promises in writing, stating when the work will be complete.
• Beware of any contractor that tries to rush you.
• Make sure there are licensing requirements.

For now, Dunko and Pureber are facing charges in Florida, and they are currently in custody. Steffy posted a $15,000 bond in two counties, Jackson and Cole. If he is convicted, the $30,000 would be given back to some of the consumers who used American Shingle back in the spring and summer of 2010.