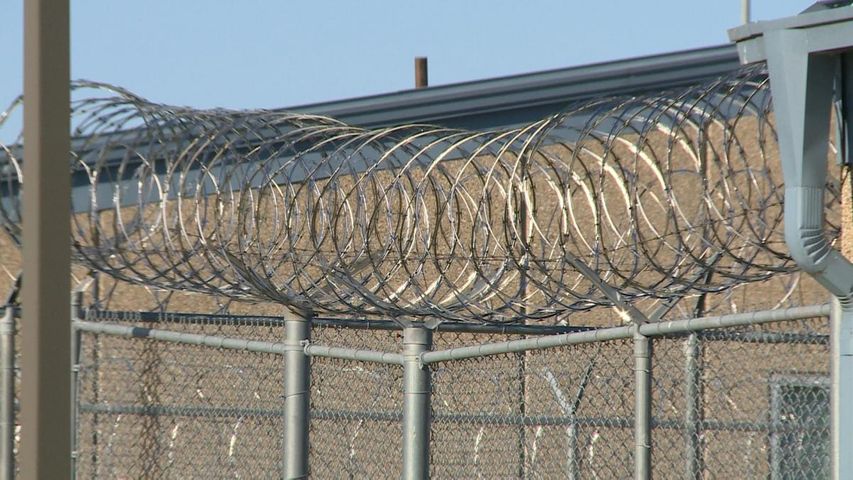 COLUMBIA - Why did the Missouri's parole board release Mark Adair from prison on April 10, 2015? It's a question that will go unanswered, and one that highlights the Missouri Board of Probation and Parole's process as one of the most secretive in the nation.

After serving decades behind bars as a convicted sex offender, it took Mark Adair less than a week after being released from prison on parole before he broke the law again, but this time was his last.

Just hours before police shot and killed Adair in a Columbia parking garage on April 15, 2015, he was suspected of attempting to rob a woman outside a Moser's grocery store.

Police said the woman ran away from Adair after he threatened her with a gun near her vehicle. The woman suffered injuries to her head and hands as a result of the struggle.

Hours into the search, police encountered him in the northwest corner of the second floor of the Hitt Street Garage where he engaged police and was shot and killed.

At the time of his death, Adair was on parole for two active offenses, kidnapping and burglary. On April 14, 2015, the Department of Corrections had issued an absconder warrant on Adair for violating his parole.

On Sept. 15, 1988, Adair, then 24, was arrested and charged with the kidnapping and rape of a 9-year-old girl at a Columbia hotel. He was sentenced to 30 years behind bars.

According to court documents, Adair abducted the 9-year-old girl from a nearby hotel room and brought her back to his room where he raped her. In less than an hour, Adair brought the girl back to her room where she then told her mother who called police.

Shortly after his arrest on the same day, he was charged with first-degree sexual assault of a 14-year-old girl on Aug. 2, 1988 at a home in Columbia where he was staying with friends.

A former Columbia Police detective, who worked on the case, interviewed Adair shortly after the arrest. He described Adair as a "creepy guy" and said Adair gave him "the chills."

So, why was Mark Adair released from prison on April 10, 2015? What was brought up during Mark Adair's parole hearing? What were the details surrounding his release?

KOMU 8 News searched for answers to these questions, but in Missouri, any records or recordings of parole board hearings are considered closed records and kept secret from the public.

The Missouri Board of Probation and Parole operates as a clear exception to the Missouri Sunshine Law, which declares all gatherings of members of a public body, including meetings, records, votes, actions and deliberations, where public business is discussed or decided upon are required to be open to the public.

Under the law, Missouri's parole board is legally allowed to close records but it is not required.

A 1984 state law says any meeting, record or vote involving parole, probation and pardons "may be closed". The word "may" is critically important. It means the board is not required to close its records; however, the board has opted to do so.

Secrecy of Missouri's parole board is unusual

The National Freedom of Information Coalition is a non-partisan organization headquartered at the Missouri School of Journalism that promotes transparency and open-government. Lara Dieringer, Administrative Manager of National Freedom of Information Coalition, said there is no measure of accountability because of the high level of secrecy in which they choose to operate.

"The public has the right to know what's going on in their government," Dieringer said. "The parole board should follow similar procedures of the other departments of any state board."

According to the Association of Parole Authorities International and the American Probation and Parole Association, there is no system in place that tracks the number of states with open or closed parole board hearings and procedures.

In some states, you can request the individual vote count of board members, full video and audio recordings, and complete transcripts of the hearing. In 2011, Kansas Governor Sam Brownback abolished the state's parole board and transfered its duties to the Department of Corrections, claiming to save the state an estimated $500,000, annually. Besides saving money, the plan would, "bring the state in line with a national trend to more efficiently decide when convicts leave prison", according to an article by the Kansas City Star about Brownback's decision.

Dieringer said the public deserves to know why they choose to operate at such a high level of secrecy unlike most other states.

"I think an explanation would be great," Dieringer said. "Perhaps there's information they don't feel is valid or is necessary but it's up to the public to make that judgement."

Kim Case, who is a Crime Victim Advocate for the Missouri Sheriffs Association, has represented victims at parole board hearings for more than 20 years.

"I've attended 25 to 30 parole board hearings in my experience," Case said. "Of them, no convict has ever been released."