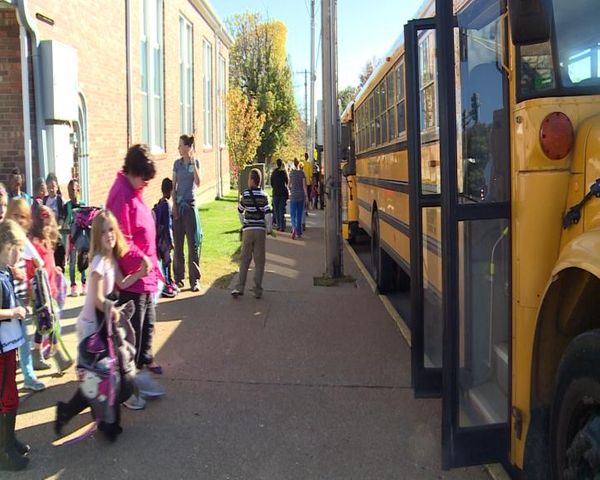 JEFFERSON CITY - Mid-Missouri school boards are hesitant to allow teachers to carry concealed weapons on campus, even after a new Missouri law would allow them to do so.

On September 11, legislators passed a bill that will allow teachers to carry guns in schools. The Missouri Senate overrode Governor Nixon's veto 23-8 and the House passed the bill 117-39, making the bill law on October 11.

The bill allows school districts to delegate one or more of their staff members to conceal and carry a weapon after participating in structured training. Weapons they can carry include a concealed firearm or a self-defense spray.

KOMU 8 searched around mid-Missouri to see if any schools are considering arming their teachers; however, we did not find any school implementing the legislative proposal yet.

The bill leaves discretion to school boards whether they want to train a teacher to carry a firearm. Mid-Missouri schools said they were thankful they can make their own decisions regarding these safety measures.

"To the legislators' credit they allowed each individual school board to make decisions on this bill," said Fatima R-III School District Superintendent Joe Scott.

If a school board decides to allow a teacher carry a weapon, the law requires a public meeting and then a request for training sent to the Department of Pubic Safety. The department then has authority to train and clear the teachers to carry. This training costs $17,500 for two teachers or school employees to carry.

The teachers must receive 112 hours of training or have had 600 hours of basic law enforcement training beforehand.

Teachers must keep the weapon on them at all times and have the power to detain and arrest like any other law enforcement.

Most schools KOMU 8 talked to said they will not arm their teachers because they already have a law enforcement officer or resource officer on staff.

"We have a school resource officer full time in our district whom is a Boone County Sheriff's Deputy. And so with that person on staff, not only is he here for teaching DARE among other classes, he is actually an instructor in our district too, and he is our security officer for the district. So for that reason we have not brought up Senate Bill 656 really at all during a board meeting because we don't really see that having administrators or teachers armed really is a better scenario than what we have now, " said Sturgeon R-V School District Superintendent Shawn Schultz.

Columbia Public Schools is just one district that is working to arm its current security director and assistant. The school board said it will not be adopting the bill to train teachers to carry.

"We believe our teachers are here to teach, not protect our students in that regard," said Columbia Public School Board President Christine King.

Another issue schools find with the bill is the cost.

"We don't feel like that is a good use of our tax payers dollars and our teachers," King said.

The info graphic below shows several schools around mid-Missouri and their current protection policies.

While no school has asked for training yet, this does not mean they will not in the future.

"I can see both sides of the coin, it's just not right for us at this time," Scott said.

"We've actually had safety devices for several years now. The buildings, you have to be buzzed in. Both secretaries in the building have a phone that they can see the person on the screen. We are on constant lockdown all the time," Schultz said.