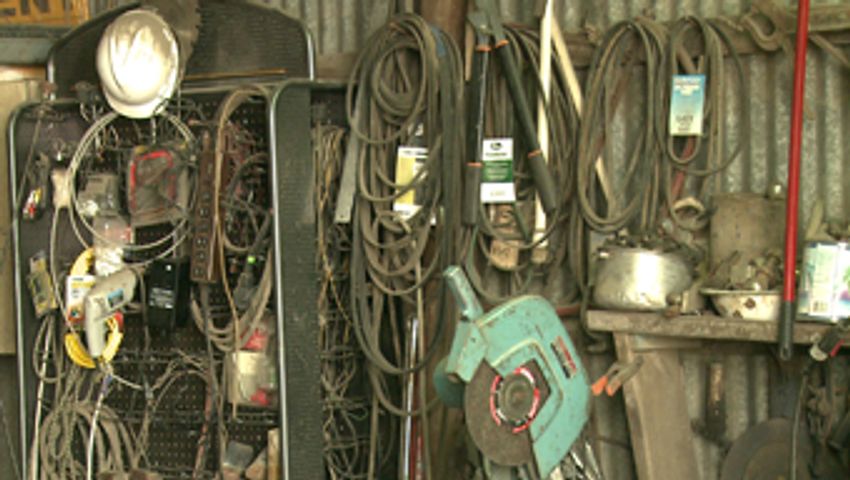 COLUMBIA - Mid-Missouri farmers said Thursday they are keeping an eye on their own equipment to avoid theft. This comes after the Livestock and Farm Protection Task Force, a statewide investigative team, announced it has recovered $2.5 million from rural crimes investigations since August 2009.

The highway patrol and Department of Agriculture lead the task force in investigating the theft of equipment, fuel, livestock and other property around the state. The force has investigated 815 rural crime incidents. Officials said they use a $3.4 million federal grant for funding.

"The scope of the task force is to look at all rural crimes occurring across our state, to include cattle theft, implement theft, copper wire theft, like this fraud investigation in Macon County," Replogle said. "And to provide assistance to the local authorities and to address those rural crime problems across Missouri."

The most recent large investigation of cattle fraud in Macon County involves about $750,000 of missing cattle. In mid-Missouri, officials said the largest problem is the theft of materials like copper wire. The state highway patrol has also had its own copper wire stolen.

"We've had several cases here in mid-Missouri where farm implements have been stolen off of the lots of sales companies and then the farmers themselves," Replogle said.

Wayne Hilgedick, a local farmer, said thieves can pull the copper wiring out of cables used for the irrigation systems on the farm. The copper theft can cause thousands of dollars of damages. Local farmers said they mostly have to keep an eye on their own equipment and hope thieves don't steal anything. Hilgedick keeps a light on his farm all night.

"We've got a dusk to dawn light out here and that lights everything up pretty well around here," he said. "That probably deters a lot."

Other safety precautions include keeping expensive equipment locked up away from roads.

"If we leave something in the field, we try to get it away from the road a little bit and take the keys out and lock it," Hilgedick said.

The Missouri State Highway Patrol asked farmers who see suspicious activities to call their tips hotline. That phone number is 888-484-8477.

"We really get a lot of tips from the public," Replogle said. "We ask the public to call in any suspicious activity that they see."