TCU Invited to Join the Big 12 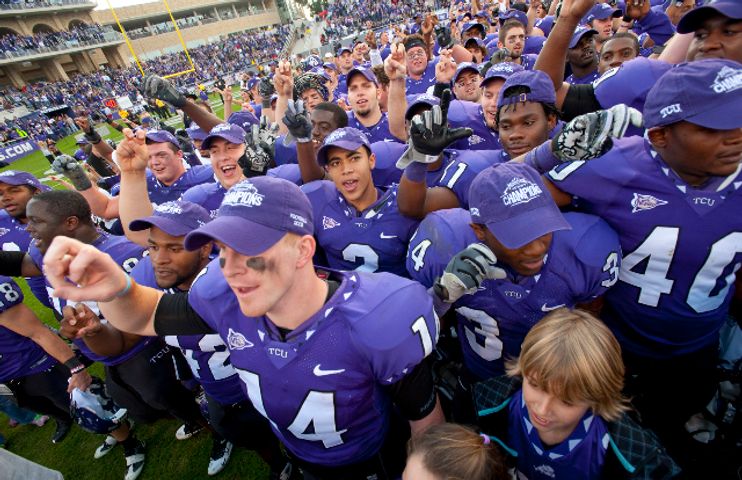 IRVING, TX - The Big 12 making some moves Thursday, but they did it with Missouri sitting on the sidelines. The Big 12 Board of Directors agreed to a grant of television rights for at least six years.

The unanimous approval didn't include Missouri at the advice of legal council they sat out the vote and the Big 12 has chosen it's next member. The conference's Board of Directors unanimously voted to authorize negotiations with Texas Christian University to join the conference.

TCU in theory is the Big 12's tenth member, but it could shirnk back to nine if Missouri leaves. Again Mizzou didn't participate in the vote.

Some fast facts about the TCU Horned Frogs. The campus is in Ft. Worth, they only have about eight thousand undergrads and play in Amon Carter stadium with about 44-thousand seats.