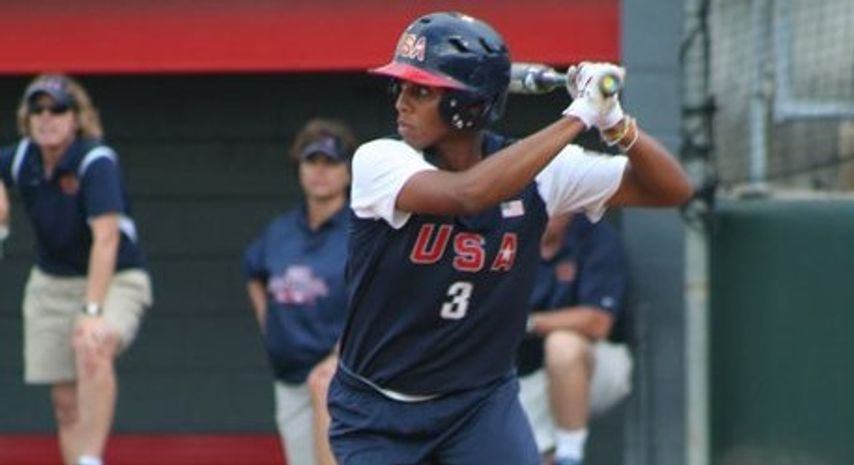 OKLAHOMA CITY, OK - Team USA faced the Czech Republic in their first game of the World Cup of Softball on Thursday evening. Mizzou's Rhea Taylor got things going for Team USA in the second inning when triple scored Taylor Hoagland and Megan Langenfeld. Taylor then was able to score herself with the help of Kelly Grieve.

In the bottom of the third, Janae Lelas batted in Kaitlin Cochran to give Team USA a 4-0 lead. With the bases loaded, Czech Republic tried to go for the double play but the catcher over throws first. Lelas would score and up the US up 5-0. Czech Republic scored two in the top of the fourth but the USA's Stacy May Johnson answered with a solo home run, giving USA a 6-2 lead.

In the sixth, the Czech Republic put two runners on with nobody out with Baylor's Whitney Canion still on the mound for the USA. Head coach Ken Erikson called on Mizzou's Chelsea Thomas to relieve Canion. The first batter Thomas faced grounded into a double play and the second was struck out. Thomas pitched two scoreless innings to help Team USA get the 7-2 win against the Czech Republic.

Team USA will play Australia on Friday at 7PM on ESPN.