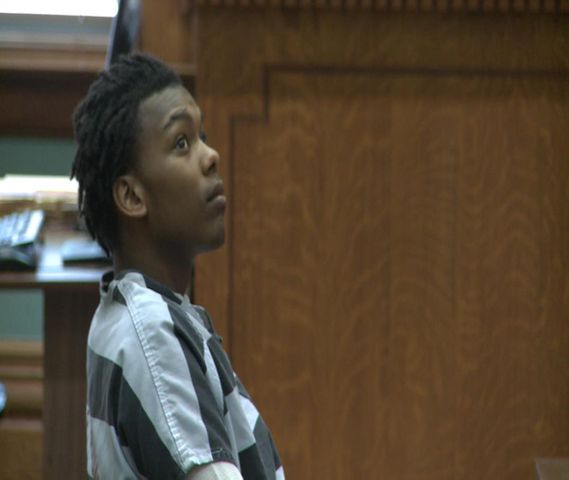 COLUMBIA - Lamarr Mayfield faced his pre-trial hearing Friday morning at the Boone County Courthouse. A judge heard motions from both the state and the defense. The judge approved a state motion to allow four cell phones retrieved from the scene to be used as evidence. Judge Oxenhandler denied the defense's motion to exclude a witness based on bias.

Mayfield, 15, is suspected of killing 17-year-old Bryan Rankin, Jr. on April 7, 2012. Rankin, Jr. was leaving a party near Keene Street in a car with his brother Brandon and another teen. Before they pulled away from the house, police said someone broke the window on the driver's side and threw a punch, but missed. Moments later, they said Rankin Jr. was shot.

Mayfield was arrested at the 5900 block of Gregory Street that night. He is charged with second degree murder and armed criminal action. He is being tried as an adult. His trial is currently scheduled for 9 a.m. Tuesday, July 16 at the Boone County Courthouse.