Teen Trains in Hopes of Competing in 2018 Winter Olympics 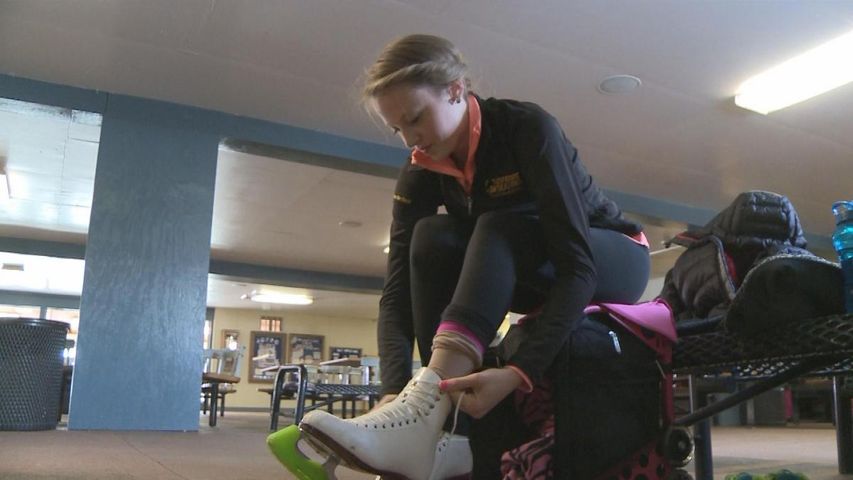 JEFFERSON CITY - With the 2014 Winter Olympics underway in Sochi, future Olympian hopefuls, like 14-year-old Brenna Stotlemeyer, are taking notes. The games might only last a couple of weeks, but the training and hard work to get there takes years.

Brenna started to learn to skate when she was seven years old. Now, she's all in.

Brenna's mom, Julie Stotlemeyer has been right behind Brenna the whole way.

"It's incredible because you want to be there for them every step of the way, but you also have to be supportive and get them through those humps and those failures," Julie said.

Brenna said she's serious about making it to Olympic stardom. This year, she became a part-time high school student so she could have more time to practice at the Washington Park Ice Arena in Jefferson City.

"It takes a lot of disciple. The training alone is very intensive. She's on the ice as much as she can," said Brenna's figure skating coach Brent Echols. "She's on the ice two, three, sometimes four hours a day."

Brenna's goal is the 2018 winter games in South Korea, only four years away.

"I'm going to push myself really hard these next four years if I'm going to make it. There is a possibility," she said.

Former Olympian and silver medalist Sasha Cohen knows what it takes to earn a place on the podium.

She also said you've got to have more than just the technique to compete against the rest of the world.

"You have to love what you do and be committed. But to have that dream of the Olympics is wonderful and it's a goal that will push them to the next limit or next stage," Echols said.

He said he thinks Brenna has a shot at representing America in 2018. Julie thinks so too and is excited about that happening, as long as Brenna is.

"Would I someday like to say that I have a national or Olympic champion? Sure, but that's her and her decision," Julie said.

"You have to be ok with that being your entire life, giving it all you've got being mentally, physically and emotionally challenged all the time. And having people test you and criticize you," Cohen said.

Brenna said her mind's made up, skating is it.

"I'm know I'm going to try and do it for as long as my body allows me to. I just love it," Brenna said.

Keep your eyes on the ice and remember this red-haired teen. We might just have a future Olympian in our midst.

"Watch all the Olympians that are out there and their mothers and their stories that they have with them, to one day thing that that could be us, is incredible," Julie said.

To make it to the Olympic rink, Brenna would need to go through three steps. There's a sectional, regional and then national competition, and she would have to perform well in all of them to even have a chance of making the Olympic team.

For more information on this year's winter games, click here.