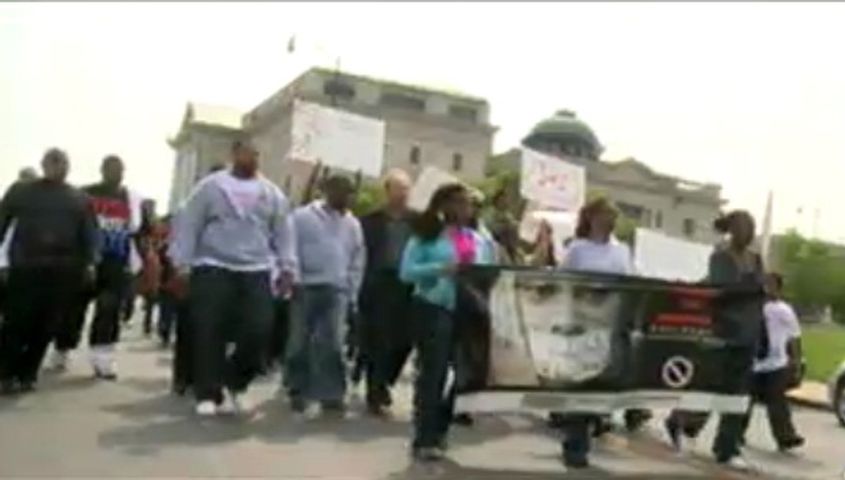 COLUMBIA - More than 800 of the people arrested this year are under the age of 21 and many around the city of Columbia are beginning to see the violence in the city as a problem. On April 10 of this year the Columbia Community Non-Violence Initiative was formed by local community leaders. Pastor Lestor Woods Jr. of Urban Empowerment was one of the individuals who help put this organization together and was there for its kick off event, The "Silence the Violence" March. The march took place April 28 and featured TV personality and activist Jeff Johnson as a guest speaker and moderator. Johnson and others from the community offered their ideas for solutions throughout the event.

"So by demonizing these babies in the name of saying we wanna stop violence we are ex-communicating ourselves from the very people that have the power to stop it." Johnson said.

Representative Stephen Webber (D) Columbia said the solution is to put more time and money into pre-school education because by the time troubled kids make it to high school, often times, it's too late.

After the march, there was a career fair where businesses like Mo-Dot and Job Point set up booths to help members of the community find jobs.

For more information on the meeting or to learn more about the "Silence the Violence" movement you are asked to email the group: silencetheviolencecolumbia@gmail.com.