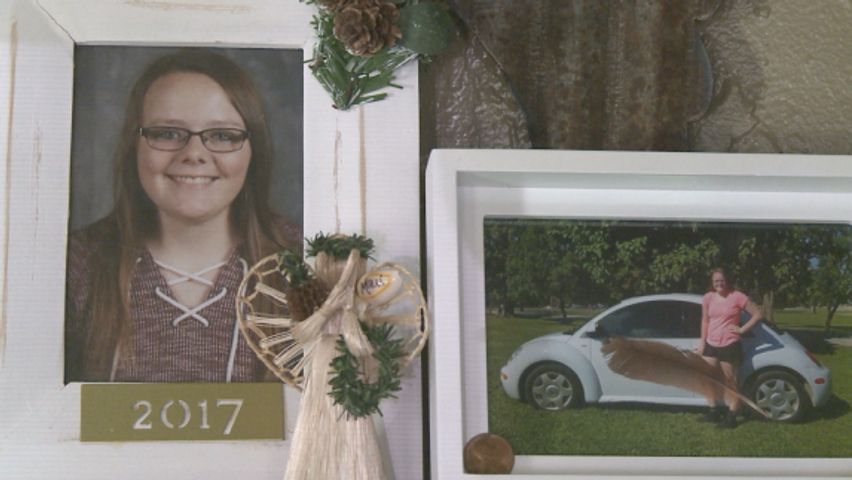 SEDALIA - Ralph Garrigus sorted through about one hundred pictures of his daughter, Riley, and their family. He picked up one of Riley fishing and smiled.

“She was my little fishing buddy,” he said.

It’s been more than a year since Riley killed herself. For her parents, Ralph and Angie Garrigus, the pain is still deafening.

The Garrigus’ reality is one that more and more families experience every day.

"At the time, we didn't have a clue that that's what it was leading up to. I mean, no one would think, you know, your kid's gonna do this,” Ralph Garrigus said.

The study found annual totals of suicide attempts and suicide ideation in adolescents rose 292 percent from 2008 to 2015. More than 25,000 cases were recorded in 2015 alone.

In Missouri, the numbers are similar. A 2014 study by the Missouri Institute of Mental Health reported suicide is the second leading cause of death in people aged 10 to 24.

In a survey of Missouri students, the institute found “12% of middle and high school students reported seriously considering suicide in the year prior to the survey, 9% said they had made a suicide plan and 5% said they attempted suicide.”

The Garrigus family believes bullying was a factor that contributed to Riley’s decision to commit suicide.

Her father described Riley as tough and “full of life” but said "the bullying, all the stress, it beat her down to where she couldn't even defend herself."

The American Academy of Pediatrics’ study said bullying was one contributing factor in the increase in teen suicide attempts nationwide. The study said suicide attempts were higher in the fall and winter months compared to during the summer. Researchers said this may be due to students’ increased stress and bullying when school is in session.

Debra Walker, the deputy director of the Missouri Department of Mental Health, said the next step is encouraging people who are struggling with suicidal thoughts to seek help.

"We are able to encourage people that are going through crises, in regard to mental illness or substance abuse. We're encouraging them to come forward and get help."

Ralph and Angie Garrigus wish their daughter would have asked for help, but now they are sharing Riley’s story hoping other people who are having suicidal thoughts come forward.

"All your life you raise your kids, and you're always - all my kids I was always able to help them at any time they got hurt or anything, but this time, I just wasn't able to do anything,” Ralph Garrigus said.

"There's always someone that wants to help them and that would do anything to talk to them to save them,” she said.

If you are considering suicide or believe a loved one is, call the National Suicide Prevention Hotline at 1-800-273-TALK (8255), where you can confidentially speak to a mental health professional, or visit the organization's website.