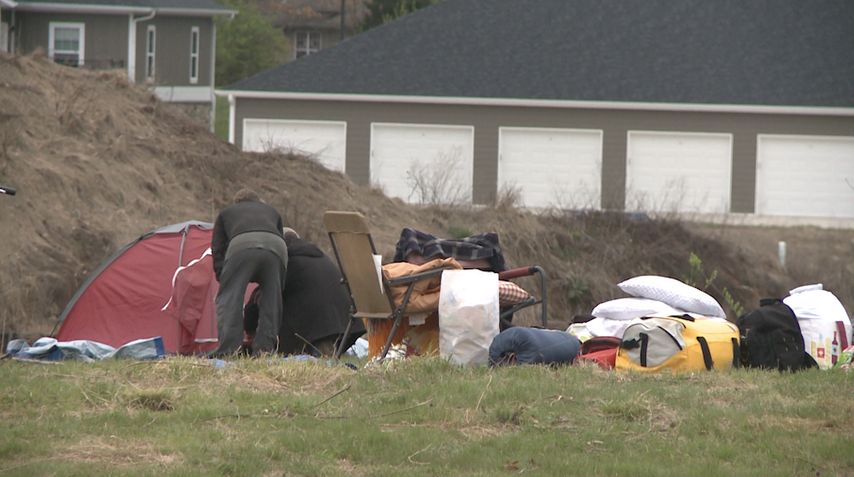 COLUMBIA - A temporary camp that was set up to help homeless people deal with the COVID-19 outbreak has been shut down just three days after it opened.

Mike Trapp, city councilman for Columbia's 2nd Ward, started the camp Friday on a piece of land at the intersection of Blue Ridge Dr. and Providence Rd.

He said the owner of the land, John Maher, gave him permission to use the land. Trapp said neighbors nearby began complaining about the cleanliness of the camp and raising concerns that it would be too permanent. He said Maher decided that it would be best if the camp closed out by Monday morning.

At noon on Monday, there were still about a dozen people at the camp packing up their belongings.

Trapp said he and other volunteers had been providing food and access to sanitation for the homeless population.

He said his team is looking to find a new camp location, but they have not been able to find one.

Many of the homeless people leaving the camp told KOMU 8 News they were not sure where they would go. Nearly every homeless shelter in the city is not accepting new guests.