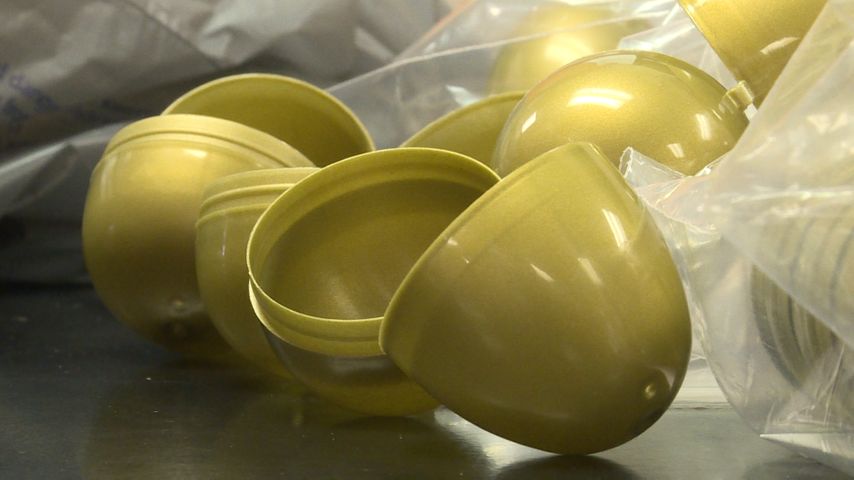 COLUMBIA - The Columbia Fire Department will drop 10,000 Easter eggs from the sky in the city's first Egg-A-Palooza Egg Drop on Sunday at Cosmopolitan Park.

Each drop time will be for a different age group, ranging from 1- to 11-year-olds. After the eggs drop, the kids will rush the field to grab as many eggs as possible.

Each Easter egg will have candy inside and are sealed to prevent it from breaking after the drop.

The churches initially tried to get a helicopter to drop the eggs, but Denton said local aviation rules prevented this.

Denton said she wanted the event to bring churches together.

“I think so often there’s a stigma around the entire church body as a whole that we are in competition,” Denton said. “I think by us coming together, partnering and really making an effort to just love on the community that all of us serve every day. It’s this idea that we’re doing this together.”

Denton wanted the event to bring the community together and invite families to the churches' Easter services next weekend.

The Egg-A-Palooza Egg Drop will also have the Easter bunny, food trucks, and balloon animals.