Ten toys to WATCH out for this holiday season 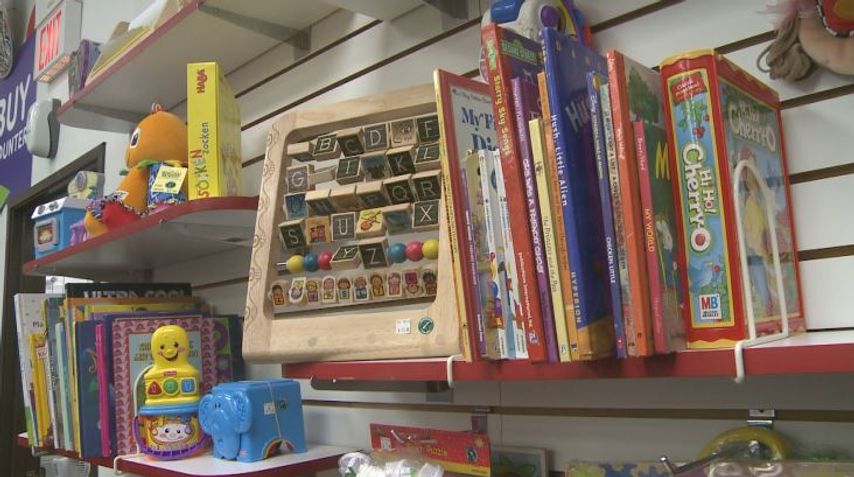 The purpose of the list is to make parents aware of dangerous toys to steer clear from when shopping for gifts in the coming weeks.

One of the toys on this list is the Jurassic World Velociraptor Claws by Hasbro for potential eye and facial injuries.

The list includes where these toys can be found, how much they cost, the hazards associated with each and the hazards actually listed on the products.

In a press release, WATCH said the list is necessary because, "Many toy shoppers may not be getting complete information when buying toys online so they may not know hazards of a purchase at the time of sale," the website said.

WATCH President Joan Siff said not all dangerous toys are taken off the shelves.

"Every year the same hazards or similar hazards reappear in toy store sales," Siff said. "A lot of the reoccurring hazards would have to do with choking and pieces injuries."

The Toy Industry Association, which represents multiple toy companies including Hasbro, released a statement on the list:

"Groups, like W.A.T.C.H, leverage this time of year to advance their own agendas and garner headlines with their lists of alleged “unsafe toys.” When examined and reviewed, year after year these lists have repeatedly shown to be full of false claims and needlessly frighten parents and caregivers."

The statement continued,"What families can count on is that toys sold on U.S. toy shelves are safe. Safety is the toy industry’s top priority every day of the year. By law, all toys sold in the United States, no matter where in the world they are made, must first meet 100+ rigorous safety tests and standards and be certified as compliant by an independent, federally approved testing lab. These U.S. safety requirements are among the strictest in the world and are in place to ensure the safety of children as they revel in the joy and benefits of play."

"These lists...aren't really helpful to consumers," said Toy Industry Association CEO and President Steve Pasierb. "What it tends to do is be confusing and causes consumers not to really understand, what's the difference between a safe or unsafe toy."

Paiserb said the list has no evidence to stand on.

"These are not findings that are based on any form of data, any form of research or any form of testing. These really amount to someone's opinion," Pasierb said.

"There are a lot of toys out there that don't follow the Consumer Product Safety Council's guidelines, which is what we follow," Modrell-Miller said.

However, she said parents should be able to trust if toys aren't recalled, they should be ok.

"For the most part, toys are safe as long as you follow the guidelines on the ages, and new toys will always say 'appropriate for ages three plus or something along those lines," Modrell-Miller said.

New this year WATCH'S list emphasized shopping for toys on the internet.

The organization urges parents not to compromise convenience for safety in an era when holiday gifts are bought online about 45 percent of the time, according to the website.

KOMU reached out to Hasbro for comment, and has yet to get a response.