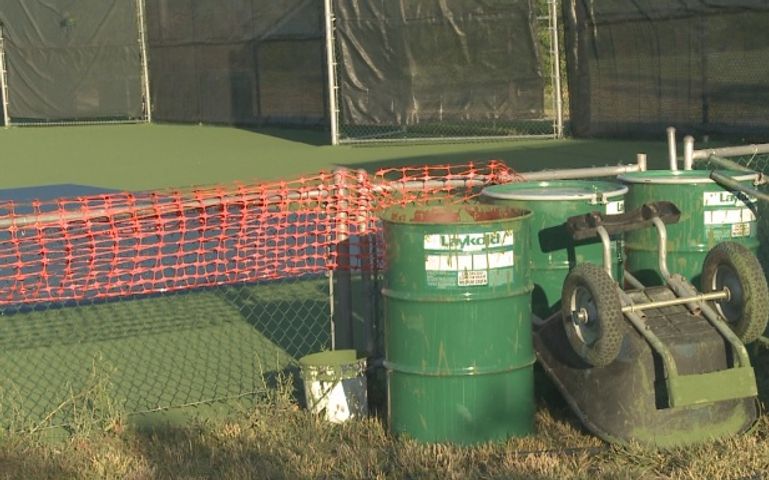 COLUMBIA - Resurfacing on some Columbia tennis courts are expected to increase the chances for the University of Missouri to host the 2014 SEC Tennis Championship.

Columbia Parks and Recreation closed courts 1 through 8 at Cosmo-Bethel Park for repainting and resurfacing. Those courts will be open as of July 11. If the weather permits, courts 9-12 will be completed by July 19, but will remain closed until the work is done.

The construction is divided into two phases in order to minimize the impact of park goers. However, park goer Scott Newcombe says the construction affected his playing time.

"It just made it a little more inconvenient. Usually I play at the Green Tennis Center or come out here and today's not too busy, but in general there would probably be a wait due to the construction," he said.

Columbia Parks and Recreation expects the improvements to allow the University of Missouri to host the 2014 SEC Tennis Championship. The department hopes this will bring out of town visitors and therefore aid the local economy.